8 things Stuart couriers should know about the workers’ rights claim

There’s currently a spotlight on people working in the gig economy and how they are treated. Here, solicitor Gabriel Morrison breaks down what it means to be part of the Stuart workers’ rights claim.

There’s currently a spotlight on people working in the gig economy and how they are treated. Here, solicitor Gabriel Morrison breaks down what it means to be part of the Stuart workers’ rights claim.

1. This a chance for Stuart couriers to be part of a wider movement

Their case changed the legal test for deciding whether someone is a worker or not, and makes it much harder for Stuart to defend the way it treats its couriers.

2. Stuart won’t treat couriers who are bringing a claim differently

Couriers are protected by law from Stuart taking negative action against them for bringing a legal claim.

Stuart have confirmed that they won’t punish any courier for bringing a legal claim.

3. There’s no reason couriers should have to change the way they work

Stuart simply needs to make sure it allows couriers to take time off and to pay them for this.

Stuart also needs to pay its couriers at least minimum wage, taking into account their expenses.

4. Couriers could be entitled to thousands of pounds in compensation

The amount each courier receives will depend on individual circumstances.

We believe that, on average, couriers will be entitled to thousands of pounds in compensation.

But importantly, only those couriers that join the claim are entitled to compensation.

5. If the claim is unsuccessful, there’s no cost to you

Leigh Day is acting under a ‘no win no fee’ agreement, so you don’t have to pay anything unless you win your claim.

If the claim is successful, Leigh Day will take 25 per cent of the compensation figure plus VAT and there is a 5 per cent discount for IWGB members.

Employment law and tax law are different, and workers can still be self-employed for tax purposes.

A self-employed worker is someone who provides services as part of a business carried on by someone else. This means that they get the worker rights such as holiday pay and national minimum wage, but also the freedoms and tax status that come with self-employment.

7. Three courts have already ruled in favour of a Stuart courier

The Employment Tribunal, Employment Appeal Tribunal and Court of Appeal have already found in favour of a Stuart courier who claimed that he should be classed as a worker. We are arguing that the rulings should apply to the hundreds of Stuart couriers we are bringing legal claims on behalf of.

8. Leigh Day is the leading expert in UK group claims

As well as representing Stuart couriers, Leigh Day is involved in the Uber claim and is taking similar legal action against Addison Lee and DX.

The firm also currently represents clients from Asda, Sainsbury’s, Tesco, Morrisons, the Co-op and Next through its Equal Pay Now campaign. 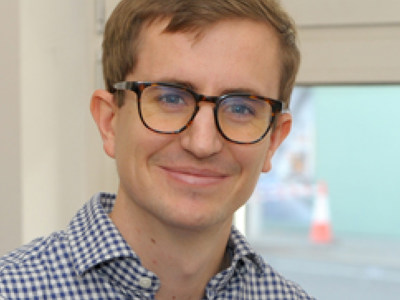 Gabriel Morrison is an associate solicitor in the employment department.