Leigh Day has decades of experience pursuing wildlife conservation cases, protecting habitats and species in the terrestrial and marine environments.

We specialise in cases concerning the proper implementation of international, EU and domestic environmental law, including:

We also work on cases to protect threatened species from persecution, disturbance and harassment on land and at sea (through, for example, hunting and oil and gas expansion).

Most recently, we have acted for clients challenging:

Wildlife laws and regulations exist to protect wild animals and their habitats in the UK.

We can also offer advice and representation in respect to many other wildlife protection laws, including:

How Leigh Day can help with wildlife and nature conservation claims

We offer specialist legal advice and help to support you in protecting threatened species and natural environments.

Our cases on behalf of individuals, community groups and environmental organisations have led to crucial reforms in the statutory frameworks governing the protection of wildlife. This is despite the massive pressure brought to bear by the State and other parties whose interests are in maintaining the status quo.

Leigh Day has expertise in these highly specialised cases which involve an amalgam of complex international, EU and national wildlife laws and regulations, as well as high-level scientific information.

Leigh Day was instructed to bring a legal challenge to ensure the Department for Environment, Food and Rural Affairs (DEFRA) review the impact of the annual introduction of some 60 million non-native gamebirds on important wildlife sites.

As a result, DEFRA conceded in announcing a regime that requires a licence to release non-native birds near nature reserves and protected areas. The case provoked a major breakthrough in regulating the impacts of non-native birds in England’s wildlife sites.

We have supported legal claims to challenge the flaws in general licencing legislation for the welfare of birds throughout the UK.

This resulted in a significant review of the system of general licences in England and Wales with an ongoing case in Northern Ireland, working to ensure adequate protection of wild birds.

Leigh Day is instructed to investigate the use of pesticides by local councils in England and Wales due to concerns over their impacts on wildlife and human health.

After gathering evidence on the use of herbicides (and in particular those containing Glyphosate) by local authorities through environmental information requests, Leigh Day is currently exploring legal action against a small number of local authorities whose use of herbicide products clearly falls foul of the regulations and guidance issued by Health and Safety England.

Leigh Day successfully acted for Sussex Wildlife Trust in its judicial review of a decision by local planning authority that would have caused damage to a marine chalk habitat in the south-east of England.

The case argued that the local planning authority failed to carry out an environmental impact assessment, putting the protected marine habitat at risk. As a result, the planning permission was quashed.

Leigh Day has been praised for its “ground-breaking work”, consistently ranking in The Legal 500 and Chamber and Partners legal directories for environmental and public law cases. Our expert wildlife conservation lawyers have more than 30 years’ experience representing clients on a range of environmental cases. 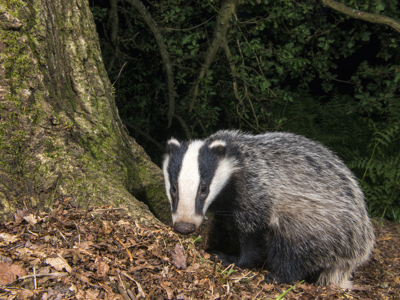 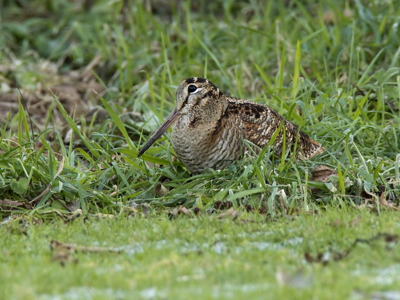 Wild Justice has called for a change to the dates when the shooting of Woodcock is permitted in order to halt the decline in numbers of the at-risk birds. 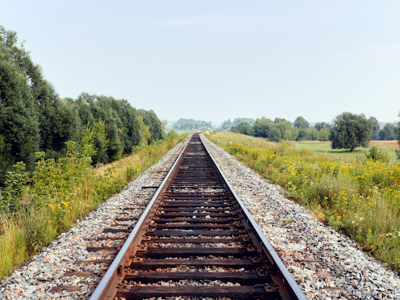 Broadcaster and naturalist Chris Packham CBE has threatened legal action against the Government over plans to destroy ancient woodlands from October onwards in preparation for the HS2 railway.

Our work with Wild Justice

The team is proud to be instructed in a number of wildlife conservation cases by Wild Justice.

As advocates for wild species and natural environments, Wild Justice take legal challenges against UK governments, their agencies and policies, and campaign for better wildlife laws and regulations. They have impacted wildlife conservation laws regarding:

The legal challenge was not concerned with the wider merits, or otherwise, of the use of general licences as a regulatory tool in line with the requirements of the Wildlife and Countryside Act 1981 (the ‘Wildlife Act’). Rather, the legal challenge concerned the lawful basis on which three particular general licences were granted by Natural England on 1 January 2019; namely General Licences GL04, GL05 and GL06 (the ‘General Licences’).

The Wildlife Act provides for the protection of birds and prevention of poaching. The Wildlife Act makes it a criminal offence to intentionally kill a wild bird, but provides for an exception to this where the appropriate authority has lawfully granted a licence and the killing is in accordance with the terms of that licence.

It is in everyone’s interest that licences granted by Natural England are lawful. Legal proceedings were an appropriate way to secure legal certainty in the absence of a clear response by Natural England to the concerns raised by Wild Justice in pre-action correspondence.

Legal proceedings of this kind must be brought within three months of the decision subject to scrutiny; in this case, the three months started to run from 1 January 2019 when Natural England granted the General Licences. To ensure the claim was filed in good time, Wild Justice filed proceedings in court on 21 March 2019 after carefully considering Natural England’s formal pre-action response of 13 March 2019.

On 23 April, the day before Natural England was due to file its legal grounds defending the claim, Natural England wrote to Leigh Day to concede the claim. Natural England had not been able to demonstrate that it had satisfied itself that there were no other satisfactory solutions before granting the General Licences. The claim was subsequently withdrawn from the court by consent.

At almost exactly the same time on 23 April, Natural England separately made a public announcement that it had decided to revoke the three General Licences starting two days later from the end of 25 April and that, on an interim basis, anyone wanting to kill any of the species formerly listed on those General Licences would need to apply for and receive a specific licence from Natural England. Natural England also publicly announced that a longer-term review of general and class licences is planned. The scope and timing of that review is yet to be announced.

Wild Justice’s challenge against Natural England’s decision to grant the General Licences had the following chronology:

13 February – Leigh Day sent Natural England a Pre-Action Protocol (‘PAP’) legal letter on behalf of Wild Justice setting out why our client considered the General Licences to be unlawful.

26 February – Natural England responds, a day ahead of the formal deadline for response, asking for two more weeks.

1 March – Natural England asks for a meeting with Wild Justice.

15 March – Wild Justice receives a confused and ambiguous written legal response from Natural England which does not concede the legal argument, nor provide evidence for the lawfulness of the General Licences.

15 March – Wild Justice launches crowdfunder on Crowdjustice platform to raise funds for legal challenge – this was the first public mention of what the case was about.

3 May – Leigh Day writes to Scottish Natural Heritage, the Department of Agriculture, Environment and Rural Affairs in Northern Ireland, and Natural Resources Wales to bring the outcome of the legal challenge to their attention.

4 May – Responsibility for granting general licences is transferred to Defra with immediate effect. Defra announces a call for evidence on the use of general licences for the management of certain wild birds with a closing date of 13 May 2019.

8 May – The Environment, Food and Rural Affairs Committee announces that it will hold a one-off evidence session with Defra Ministers and Natural England on 21 May 2019 on Natural England’s decision to withdraw and reissue the general licences for controlling wild birds, and the subsequent decision by Defra to take over this responsibility.