Leigh Day represents individuals around the world who have been subjected to gender-based violence (“GBV”) and sexual abuse. Women and children are especially vulnerable to exploitation within their communities and human rights violations against them are sadly prevalent across many countries and industries.

In many industries the potential for abuse is structurally-caused through a combination of discriminatory power structures and weak HR systems (for example a lack of policy, no training and no effective grievance mechanisms). These problems are particularly well-documented across the agricultural sector (in commodities such as tea, flowers, coffee, vegetables and fruit) and also in the garment industry.

Leigh Day has acted for women who have been subjected to gender-based violence in the course of their employment on plantations and within their communities. We have also represented the survivors of trafficking and sex tourism.

How Leigh Day can help

Our specialist team of international abuse lawyers are committed to obtaining justice for survivors of sexual harassment, gender-based violence, femicide (murder) and child abuse. We are passionate about putting survivors of abuse at the centre of the legal process and ensuring that their voices are heard.

Many of our clients recognise that the abuse they have suffered is the result of deep-rooted and systemic power imbalances, and often they want to achieve justice not only for themselves but also for their colleagues and wider communities. Through ground-breaking settlements, Leigh Day’s team of lawyers have been able to negotiate compensation packages that award our clients the financial means to rebuild their lives, but also involve multinational companies putting in place preventative measures to stop similar abuses happening in future and empower the women in their workforces and surrounding communities. Such measures would not be achievable through the court process, and demonstrate the benefits that a collaborative approach to litigation can bring to all parties.

Sexual harassment and abuse on plantations

Leigh Day is instructed by several Malawian women in relation to claims for compensation arising out of serious allegations of sexual assaults and/or sexual harassment sustained in the course of their employment at tea and nut plantations owned by British companies in Southern Malawi.

The risk of rape, sexual abuse and harassment of women working on plantations worldwide is longstanding and well-documented.

There is a systemic problem of male workers at plantations abusing their positions of power in relation to the women working under their supervision. This abuse of power often takes the form of rape, sexual assault, sexual harassment, sexual coercion and discriminatory behaviour.

This is because the features of plantation work, which in the most part involves unskilled labouring work, often performed alone in the fields, render female workers particularly vulnerable to sexual violence and discrimination.

In the tea and nut plantations in Southern Malawi, most female workers are offered work on the basis of a short-term contract. Demand for work the plantations is high and there are more potential workers than jobs. Women are typically employed to work as tea pickers in the fields, and are supervised by men known at “capitaos”.

The temporary and informal nature of the work creates a power imbalance between employers and employees, which can easily be abused by male supervisors. In addition, inadequate and ineffective grievance mechanisms mean that victims of sexual violence at work are often left with no remedies.

Leigh Day represents 36 Malawian women who allege that they have experienced gender-based violence (including, in some cases, rape) and sexual harassment during the course of their work on tea estates in the Mulanje and Thyolo districts of Malawi, while employed by Eastern Produce Malawi Ltd “EPM”, an indirect subsidiary of Camellia plc.

These claims were issued in the High Court in London on 31 October 2019 against Camellia Plc, Linton Park Plc, Robertson Bois Dickson Anderson Limited, together “the English Defendants” and EPM.

In February 2021, Leigh Day agreed the settlement of all claims against EPM and the English defendants brought by these women.

An innovative settlement of the claims was agreed between the parties, that includes compensation for the claimants and the establishment of a number of measures designed to improve the safety and security of EPM’s female employees and improve conditions for women in the wider community. These measures include a Women’s Empowerment Initiative which will fund projects to improve the skills, employment opportunities, and educational attainment of women and girls in and around EPM's operations.

Consultations are to be held with stakeholders, including women working and living in and around EPM, to ensure these projects have maximum impact. A consultant has been engaged by EPM to monitor, guide and oversee, independently, EPM's Women's Empowerment Initiative.

In addition, EPM has agreed to make changes to its working practices designed to improve the safety and working conditions of women working on its estates. These include the installation of cameras at key locations, the provision of personal attack alarms, and a new role of “Women’s Safeguarding Officer”. In addition, EPM will provide an enhanced training programme for women, to encourage them to progress into supervisory and management positions.

Importantly, Eastern Produce Malawi has established an independently monitored Operational-level Grievance Mechanism to ensure that any individual who wishes to raise a grievance in relation to gender-based violence and/or sexual harassment at its operations is able to obtain appropriate remedy promptly. The Operational-level Grievance Mechanism will be overseen by international experts.

Leigh Day represents 31 Malawian women in a claim against PGI Group Limited (“PGI”), whom they hold responsible for not taking adequate steps to prevent the sexual abuse – including rape – to which they were subjected to during the course of their employment at Lujeri Tea Estates Limited (“Lujeri”), a PGI subsidiary.

The claim was issued in the High Court in London on 31 October 2019 (Magret Thomas & Ors v PGI Group Ltd).

Lujeri supplies some of the UK’s most well-known tea brands such as PG Tips, Tetley and Yorkshire Tea, as well as a number of Britain’s biggest supermarkets, including Waitrose, Marks & Spencer, Tesco and Sainsbury’s, for their own-brand tea.

In March 2021, a Sunday Times investigation revealed that “under pressure from the buyers”, Lujeri had commissioned Impactt, an ethical trade consultancy, to investigate allegations of sexual abuse on the estate. According to the Sunday Times’ report “the findings were damning” and Lujeri and Impactt have produced a list of proposals for change including: “victim support and counselling; creating a confidential, free helpline for employees; improving grievance mechanisms; and a recruitment drive to find female talent.”

The case is due to go to trial in the High Court in London in October 2022 for approximately 3 weeks.

Sophie Turner is an associate solicitor in the international department.

Richard Thimbleby is a solicitor in the international department. 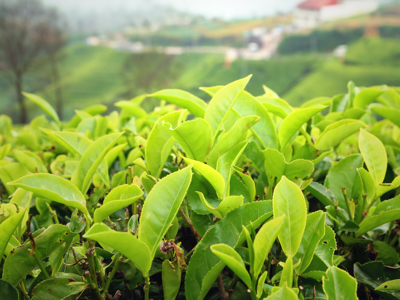