A shipping company that sold on a defunct vessel for demolition will have to face a claim by the widow of a man who died while breaking up the ship, following a judgment handed down today.

An attempt by Maran (UK) Limited to have the claim struck out by the Court of Appeal has failed.

The Court held that a shipping company in London selling a vessel to South Asia could owe a duty of care to shipbreaking workers in Bangladesh even where there are multiple third parties involved in the transaction.

Lord Justice Coulson said:  “… the appellant could, and should, have insisted on the sale to a so-called ‘green’ yard, where proper working practices were in place.”

Leigh Day lawyers representing widow Hamida Begum believe it is the first judgment of a higher court anywhere which directly holds that shipping companies can be liable for the practice. They say it will shine a light on the whole shipbreaking industry and has significant wider implications.

Mrs Begum’s husband, Mr Khalil Mollah, fell to his death on 30 March 2018 while working on demolition at the top of the defunct oil tanker EKTA in the Zuma Enterprise Shipyard on the tidal beaches of Chattogram, Bangladesh.  He had worked in shipbreaking since 2009, working 70-hour weeks for low pay, and without PPE in highly dangerous conditions.

EKTA, formerly Maran Centaurus, had been owned and managed by companies within the multi-billion dollar Angelicoussis Shipping Group, which included Maran (UK) Limited. In a cash transaction in August 2017 worth over US$16m Maran Centaurus was sold for demolition. On 30 September, 2017, she was deliberately run aground on a beach at Chattogram, Bangladesh, to be broken up. It is alleged that the high sale price, and low fuel, were a clear indication that the tanker was destined for Chattogram, “the world’s cheapest place to scrap ships”, notorious for its atrocious working conditions, prevalence of child labour, and the tragically high death and injury rates among its workers and Maran (UK) Ltd would have known this.

In July 2020, Mr Justice Jay held that Maran (UK) Ltd arguably owed a duty of care to Mr Mollah and allowed the case to proceed towards trial. Maran (UK) appealed the judgment and its case was heard 9-10 February, 2021.

“I consider that the duty of care alleged in this case, although faced with formidable hurdles, cannot be dismissed as fanciful … and it would be wrong in principle to strike it out at this stage.”

He added: “The ‘creation of danger’ is a recognised exception to the usual rule as to the intervention of third parties which may give rise to a duty of care […] the appellant arguably played an active role by sending the vessel to Bangladesh, knowingly exposing workers (such as the deceased) to the significant dangers which working on this large vessel in Chattogram entailed.”

Maran (UK) Limited argued that there was nothing else that they could have done, or should have done, to avoid the risks to the deceased. But Lord Justice Coulson said:  “… the appellant could, and should, have insisted on the sale to a so-called ‘green’ yard, where proper working practices were in place.”

“There is a well-established exception to the principle that a defendant is not liable for harm caused by the acts of a third party which applies when the defendant is responsible for creating a state of danger which results in the third party causing injury to the claimant. In my judgment it is at least arguable that this exception applies here.”

Maran (UK) Ltd argued that it did not control the ship’s ultimate destination, there was no relationship of “proximity” between the shipowner and Mr Mollah, a requirement for any duty of care, and if Mr Mollah had not been killed while working on the EKTA he might just as easily have been killed or injured when working on some other ship.

But Lord Justice Males said: “The defendant did not have control over working conditions in Chattogram, but it did have control over whether the claimant’s husband would be exposed to the risk of death or serious injury from working on its ship. That was a foreseeable risk which the defendant created by its decision to send the vessel to be broken up in Bangladesh and is arguably sufficient, in my judgment, to create the necessary relationship of proximity.”

“My client is extremely relieved that the Court of Appeal rejected the Defendant’s appeal and has allowed her claim to proceed to a preliminary issue hearing in the High Court. The Court of Appeal’s findings on duty of care will send shockwaves around the shipping industry as a higher court has recognised that shipping companies choosing to send vessels to the beaches of Bangladesh may owe a duty of care to the local workers and can be liable when things go wrong.” 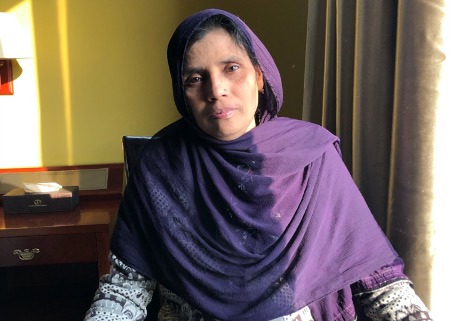 Link to the judgment

Shipbreaking judgment: The shipping industry and the law of negligence

Oliver Holland and Rachel Bonner discuss the judgment of the Court of Appeal in Hamida Begum (on behalf of MD Khalil Mollah) v Maran (UK) Limited. 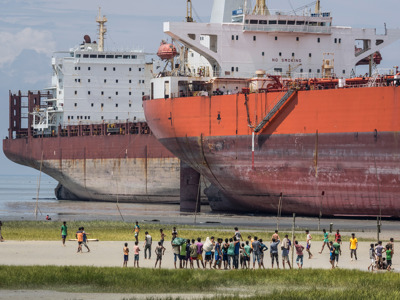 A landmark judgment that sent shockwaves around the shipping industry goes to the Court of Appeal this week.