The parents of Evan Nathan Smith who died following a sickle cell crisis at North Middlesex University Hospital have voiced their intense disappointment at the results of an inspection to check on the safety and quality of care of the service following his death in 2019.

Lawyers representing Charles and Betty Smith say the failure to make the necessary improvements at the hospital in the past three years are unacceptable.

Evan died on 25 April 2019 in the hospital in Edmonton. The inquest into his death heard that Evan’s life would have been saved if he had been given a blood transfusion sooner to manage his sickle cell crisis.

The hospital’s haematology team were not made aware that he had been admitted until two days after he arrived at the hospital. And even at day five, his haematological needs had not been addressed. At one point while being treated at the hospital Evan was so desperate for help that he rang 999 from his mobile phone to ask for oxygen because he was refused this by a nurse on his ward.

Now, following an unannounced focused inspection in August to check on the safety and quality of care of the service, the Care Quality Commission (CQC) has ordered North Middlesex University Hospital Trust to take action to improve its services for patients with red blood cell disorders and it will monitor its progress to ensure the changes are made.

The inspection looked at whether the service for patients with sickle cell disease was safe, effective, caring, responsive and well-led.

The resulting CQC report said the pace of improvement following the serious incident that led to a patient’s death in 2019 was regrettably slow. Learning had not been prioritised and improvements were still needed.

The trust had said it would put all patients with sickle cell disease on a specialist ward, with the right mix of staff to care for their needs, yet a significant number were not placed there.

The CQC was alarmed that poor communication still meant key staff weren't informed when patients with sickle cell disease were scheduled to be in the operating theatre. This had been a contributory factor in Evan’s death.

As a result of this inspection the overall rating for medical services remains as requires improvement.

In a statement, Betty and Charles Smith said:

“We had hoped that following our son’s death North Middlesex University Hospital would wake up to what had gone wrong in Evan’s care and would never let there be a danger of the same thing happening to other sickle cell patients.

“We are intensely disappointed by the findings of the CQC inspection team, we had hoped that improvements would have been made by now. Evan’s death should never have happened, his care was a great failure and it is a huge disappointment that the same levels of service that let him down are still an issue for the hospital.”

“At the inquest into Evan’s death, the coroner said that if Evan had been given a blood transfusion sooner, he would not have died. The fact that he didn’t have the transfusion in time to save his life was down to negligence on the part of North Middlesex University Hospital, which was put down to lack of training and poor communication.

“Bosses at North Middlesex pledged to address these issues to prevent any other sickle cell sufferer being put at the same fatal risk.

“Now we find that three years later, those issues have not been addressed, change has been slow, the same problems of communication still prevail and vital training to equip staff with the skills to recognise and tackle a sickle cell crisis has not been prioritised. These failings are unacceptable: they are a betrayal of Evan and pledges made following his death, and they put at risk other people across North London who have sickle cell disease. People who live with a condition as common as sickle cell should have absolute confidence that medical staff at their local hospital are equipped with the knowledge and skills to keep them safe.”

"Unfortunately, North Middlesex University Hospital is not alone in its failings when it comes to understanding and prioritising the specialised treatment required by patients with red blood cell disorders. We are aware of other incidences of sickle cell patients experiencing sub-standard care in hospitals, and elsewhere in the healthcare system, due to low awareness of the disease amongst staff. This cannot be allowed to continue."

Inspectors found the following during this inspection:

The solicitor who represents the family of Evan Nathan Smith, who died following a sickle cell crisis, has welcomed a report which lays bare the failings in care and negative attitudes faced by patients with the disease.

An inquest into the death of Evan Nathan Smith, 21, from Walthamstow, has concluded that his death was the consequence of a sickle cell crisis in a patient with biliary infection. 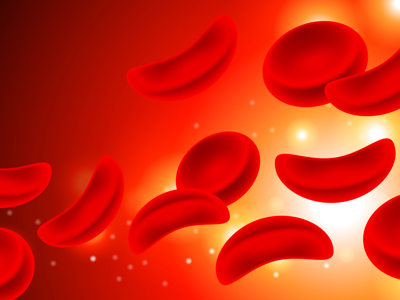 Ahead of World Sickle Cell Day clinical negligence solicitor Firdous Ibrahim discusses the need for greater awareness of the disease among healthcare professionals.