Rights: Community: Action (RCA) is disappointed that the Court of Appeal has held that sweeping changes to the planning system are lawful. The appeal brought by RCA argued that the Statutory Instruments (SIs) reforming permitted development rules were unlawful because they should have been subject to a strategic environmental assessment (SEA).

RCA’s case was that the SIs, which significantly modify the system of town and country planning in England, fall within the scope of the 2001 EU SEA Directive and the 2004 SEA Regulations because they set the framework for future development consent of projects under EU law or modify an existing framework.

In its judgment handed down on 20 December 2021, the Court of Appeal held that the SIs, despite bringing about significant changes to the planning landscape, cannot properly be described as plans or programmes setting the framework for future development consent of projects within the meaning of the SEA Directive, in particular article 3(4).

The Court noted that such plans or programmes typically include new development plans, or the amendment of existing plans, which have themselves been the subject of environmental assessment. In the Court’s view, the reforming SIs sit beyond the limits of the SEA regime: the Use Classes Order (SI 2020/757) is a statutory measure “whose effect, in England, is to amend the definition of those changes of use that are development”, while the two Permitted Development SIs (SI 2020/755 and SI 2020/756) are statutory measures “whose effect in England, is to expand the categories of “permitted development”” but not to “affect the established style and structure of the provisions by which the GPDO has itself granted planning permission, or of the provisions for prior approval”.

Commenting on the decision, Naomi Luhde-Thompson, Director of RCA, said:

“We’re proud to have taken this case which challenged the Government’s abuse of secondary legislation without considering environmental impacts. We still believe the evidence shows that the Government’s rule changes on development trampled over democracy and the environment. And it’s terrible news for people – the Government’s own expert advice warned that these changes risk creating ‘slums’.

“This challenge has been an important part of the wider opposition to permitted development planning deregulation. Now Secretary of State, Michael Gove, must show that he is serious about accountability, people and the environment. That means introducing a strong legislative purpose for planning, creating a strong legal connection between the climate and planning acts, and reversing deregulatory planning reforms.”

“The Government’s deregulation of planning is proceeding without scrutiny of its environmental impacts. While our client is disappointed that the Court has held that the SIs are not subject to strategic environmental assessment, the case has highlighted the wider ramifications of these disastrous reforms and RCA welcomes the Government’s recently softened line on permitted development, including the introduction of minimum space standards.” 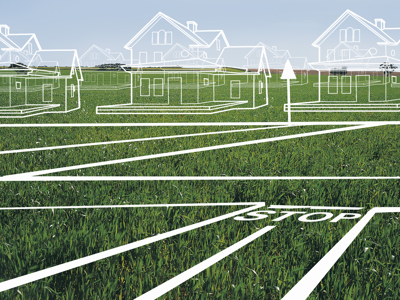 Rights: Community: Action in Court of Appeal over changes to planning laws

Campaign group Rights: Community: Action (RCA) will take its claim that sweeping changes to the planning system are unlawful to the Court of Appeal on Tuesday, 5 October.