Head of the Leigh Day abuse team, Alison Millar, welcomes the newly launched campaign, Surviving in Scrubs, which invites healthcare workers to share their experiences of sexism, harassment and assault in the workplace.

Yesterday it was reported that female doctors have launched an online campaign that they say exposes shocking gender-based discrimination, harassment and sexual assault in healthcare.

‘Surviving in Scrubs’ is inviting healthcare workers to submit their stories of sexism, sexual harassment and sexual assault, which they say are commonplace in the healthcare workforce.

Doctors Becky Cox, a GP specialist working in gynaecology and an academic GP with an interest in violence against women, and Chelcie Jewitt, an Emergency Medicine trainee interested in healthcare inequalities, want to give a voice to women and non-binary survivors in healthcare, to create a narrative of shared experiences that will allow them to campaign and push for change in healthcare to end the culture of misogyny.

There are over 40 stories on the website at the time of writing, which detail experiences of sexual assault, harassment and discrimination.

The campaign has called for the General Medical Council (GMC), which regulates doctors, to explicitly denounce sexist and misogynistic behaviour towards female colleagues and “treat them with respect”.

The website refers to a 2021 survey from the British Medical Association (BMA), which reported that 91% of women doctors had experienced sexism in the last two years and 47% felt they had been treated less favourably due to their gender. Over half of the women (56%) said that they had received unwanted verbal comments relating to their gender and 31% said that they had experienced unwanted physical conduct.

I am saddened but not surprised by these statistics, and note that this report was the result of a two-year effort started by Dr Jewitt as a young female doctor. I am aware from cases in which I have been involved, both concluded and ongoing, that sexual harassment and violence is a very real problem in healthcare and that this can be exacerbated, as Surviving in Scrubs has identified, by structural issues, including failures of organisational policy.

Last year I brought a successful personal injury claim for sexual harassment in the workplace on behalf of a healthcare professional client. My client turned to litigation after the poor response of her hospital trust employer gave her no confidence that learnings from her complaint would be implemented.

There had been a delay in excluding the perpetrator from employment, my client was told due to concerns about the impact that this would have on the doctor’s career; my client reasonably sought assurances that the hospital trust’s procedures for reporting, policie and training for managers on responding to sexual harassment would be improved so that the protection of staff was prioritised and there was support accessible for those who had been victimised.

The inadequate way the hospital trust handled the case, and its treatment of my client and her concerns, was more distressing for my client even than the initial sexual harassment and greatly impacted on her resilience and recovery.

My client, like others I have represented, was driven to pursue her complaints by a desire to ensure the safety of other colleagues – and patients.

Whilst Surviving in Scrubs is shining a welcome light on the experiences of healthcare workers, a culture of ‘everyday sexism’ must be challenged to ensure that patients are not also left at risk of inappropriate behaviour, which may be less noticed or addressed.

My team and I have considerable experience of representing patients who have experienced sexual abuse from healthcare professionals. Recent settlements include the case of a woman who reported she was sexually assaulted by a healthcare assistant whilst she was receiving inpatient treatment for her mental health and a woman who was sexually assaulted by former GP, Dr Manish Shah.

My clients have been both male and female – although the perpetrators to date have been invariably male. These are devastating cases, where those affected have the compound trauma of having to deal with the realisation that they have been sexually assaulted whilst the breach of trust by a trusted healthcare professional can directly affect their ability to access therapeutic support.

I note that the GMC’s medical director and director for education and standards has commented, in relation to the stories published by Surviving in Scrubs, that, “There can be no place for misogyny, sexism or any form of sexual harassment in the medical profession,” and a current consultation on GMC’s guidance for doctors sets out a zero-tolerance approach to sexual harassment. This must be implemented now without delay. 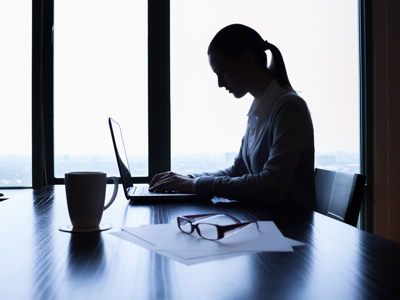 A healthcare professional has settled a claim against her hospital trust employer following sexual harassment and assaults she experienced from a co-worker.

A woman who was repeatedly sexually assaulted by her GP, Dr Manish Shah, under the guise of legitimate medical examinations, has secured compensation from his former medical practice.