A six-figure settlement has been secured following the death of a 35-year-old mother of two, after Croydon University Hospital failed to diagnose her appendicitis.

The woman’s parents, now the guardians of her two young children, have settled their clinical negligence claim for a six-figure sum.

The woman, who we will call Sarah, was suffering with symptoms of lower abdominal pain, diarrhoea and vomiting and sought assistance from her GP who questioned whether she had a severe urinary tract infection (UTI) or appendicitis.

In view of the acute nature of her abdominal pain, the GP sent Sarah straight to hospital. She attended Croydon University Hospital and having been seen in A&E, was admitted for further investigation.

Upon admission, blood was taken for testing and an abdominal and pelvic CT scan was carried out. The conclusion was “likely colitis with no obvious perforation or collection”. Crucially, signs of infection were missed in the blood test results and signs of appendicitis were missed on the CT scan. Sarah was started on antibiotics.

Two days later, further blood tests were undertaken yet no one noted the severely elevated results in terms of Sarah’s white cell count and CRP level.

The following day, Sarah’s symptoms were found to have improved and following a normal gastroenterology review, she was discharged. A follow-up gastroenterology outpatient appointment was to be arranged for four weeks later with a view to arranging a colonoscopy to investigate the suspected colitis.

The following week, Sarah was due to go on holiday to Jamaica for a week. She had ongoing abdominal pain but was signed off as fit to fly by her GP, who told her to seek urgent medical attention if there was a sudden worsening of the pain or if she developed additional symptoms.

Sarah flew as planned but fell ill with a worsening of her abdominal pain whilst on the flight. Upon arrival in Jamaica she was taken straight to a private diagnostic clinic whereupon a diagnosis of acute abdomen with possible intestinal obstruction was made.

After three hours, having run out of funds to continue paying for treatment, Sarah was transferred to the local hospital, whereupon they undertook their own tests and found that her appendix had ruptured and she had developed severe septicaemia.

They undertook emergency surgery to remove her appendix and carried out a peritoneal washout; however, because of pre-existing diabetes and low blood sugar levels, they were unable to revive her and she sadly passed away.

A post-mortem was carried out in Jamaica. The cause of death was septicaemia, peritonitis, and a ruptured appendix. Other significant conditions contributing to the death but not relating to the disease or condition causing it were Chronic Appendicitis with acute exacerbation and Diabetes Mellitus (Type-1).

Sarah’s children were 8 and 12 at the time of her death and are now cared for by their grandparents.

Croydon Health Services NHS Trust made a full admission of liability stating that in light of the concerning blood test results whilst Sarah was in hospital, further blood tests should have been undertaken prior to discharge, the results of which would still have been elevated.

“Nothing can bring back my clients’ daughter, who suffered appalling care at the hands of Croydon University Hospital. Opportunities were missed to diagnose appendicitis, which could have been easily treated and would have meant that she made a full recovery. As it stands, two young children have to grow up without their mother. It is hoped that lessons have been learned and procedures improved to make sure this doesn’t happen again.” 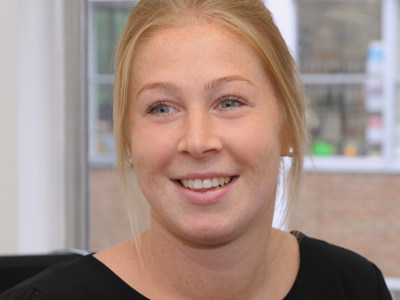 A family has received a settlement and an admission of liability from an NHS Trust following an unnecessary invasive procedure, which resulted in undiagnosed internal bleeding and death.