The High Court in London is due to hear a case brought by two Bahraini dissidents, who now live in the UK, against the Kingdom of Bahrain for the alleged use of FinFisher surveillance software known as FinSpy on their computers. The hearing will take place on Tuesday 22 and Wednesday 23 February 2022.

The hearing this week will discuss whether the case can go ahead in the UK. The defendants claim that they have state immunity, but this is disputed by the claimants, who argue that because the allegations relate to harassment and personal injury caused by acts or omissions in the UK that state immunity does not apply.

The two claimants, Dr Saeed Shehabi and Moosa Mohammed, are vocal opponents of the Kingdom of Bahrain and have been engaged in political activism to highlight and condemn human rights abuses in the country for a number of years. They are represented by law firm Leigh Day.

The men allege in their legal claim that their personal computers were infected with the FinSpy software at some point in September 2011. The software can access documents, emails and messages, view web browsing history and conduct live surveillance through accessing the computer’s camera and microphone. FinSpy is produced by companies within the Anglo-German Gamma Group, including FinFisher Labs.

Dr Shehabi and Mr Mohammed had previously been aware of suspicious activity on their accounts but believed only that their email accounts had been hacked and therefore they changed their passwords and thought that this would solve the problem.

However, in 2014 Dr Shehabi and Mr Mohammed were made aware by friends and family members that they had been listed as targets in relation to the Kingdom of Bahrain’s use of FinSpy and other FinFisher products in documents released by Wikileaks. Following that an NGO called Bahrain Watch published an article entitled “Bahrain Government Hacked Lawyers and Activists with UK Spyware” which listed the names of targets of the Kingdom’s use of FinSpy based on their analysis of the Target List published by Wikileaks. This publication named both claimants. It was only at this point that they realised the extent to which their computers had been compromised.

As well as using their computers for sharing personal information and material with family and friends, the men also used the computers to communicate with other dissidents, with journalists, with political prisoners and torture victims held in Bahraini prisons and their families, and to communicate with photographers and videographers in Bahrain in order to assist with the transfer out of the country of material showing attacks on and mistreatment of Bahraini citizens.

The legal team from Leigh Day is also representing human rights activist and satirist Ghanem al-Masarir, who issued a legal claim in the UK High Court against the Kingdom of Saudi Arabia alleging that he was targeted with spyware known as Pegasus. A judgment in that case is awaited.

“This is an important case, we want to show that harassing people in this way is happening by states and it is not on, it is intrusive and should not be allowed. Who knows if we will win but it is important to show everyone that it is happening and we can do something about it.”

“It has taken a devastating toll on me to discover that the Bahraini regime, from whom I fled torture and persecution, could have spied on me, in obscene violation of my privacy and that of those who placed their trust in me. It is imperative that the Bahrain regime faces consequences. Abusive Gulf states like Bahrain can only be stopped if they are made to answer for their actions. I decided to take legal action as I believe that this may be the only avenue with a real chance of holding Bahrain accountable and putting an end to such abuse.”

“Our clients have every right to speak out about the human rights abuses they believe have been perpetrated by the Kingdom of Bahrain and they should be able to do this without the fear of being spied on or monitored.  The use of this type of software by oppressive governments to spy on their critics is a clear breach of their rights and we hope the court will agree that those who believe they have been targeted while living in the UK should be able to seek justice through the UK courts.”

“Foreign governments should not be able to hide behind state immunity when they are accused of causing serious harm to those living in the UK. We hope the court will dismiss the Kingdom of Bahrain’s arguments so we can proceed to a trial on the issues of the case.”

Background on the claimants

Dr Shehabi, 67, is a pro-democracy activist, journalist and leading figure in the Bahraini opposition movement. He is a leader of the Bahrain Freedom Movement and founder of a Bahraini pro-democracy organisation called Al Wefaq. He has lived in the UK since 1973 and gained British citizenship in 2002.

Mr Mohammed, 40, is a photographer and videographer and an activist for human rights and democracy in Bahrain. While living in Bahrain he engaged in activism and protests in support of human rights, democracy and improved employment opportunities. As a result he was repeatedly arrested, detained, tortured and mistreated by the Bahraini police. As a result he fled to the UK in 2006 as a refugee and has since been granted indefinite leave to remain in the UK.

Since living in the UK Mr Mohammed has taken part in, photographed and helped to organise protests in the UK. He has also frequently communicated with individuals in Bahrain about the human rights abuses taking place there and has published information about their experiences online. The Bahraini government has publicly condemned Mr Mohammed on account of these activities.

In November 2012 the Bahraini Ministry of Foreign Affairs included Dr Shehabi and Mr Mohammed on a list of Bahraini nationals who have had their Bahraini citizenship revoked. 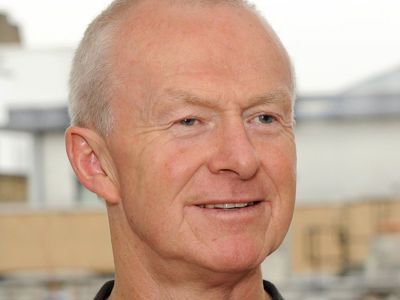 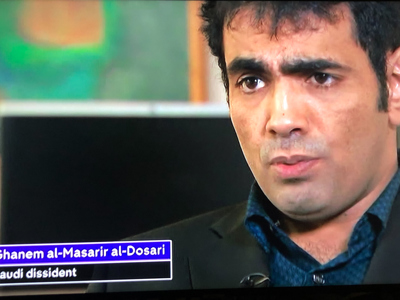 The High Court has granted permission for a prominent critic of the Saudi regime to serve his legal claim against the Kingdom of Saudi Arabia for its alleged use of spyware to infiltrate his mobile phones.