A cross-party group of MPs and peers is applying to the European Court of Human Rights to challenge the UK Government’s failure to investigate Russian interference in UK electoral processes.

The landmark legal action has been launched in response to the government’s failure to act on the findings of the Russia Report, published by the Intelligence and Security Committee in July 2020, which reported credible evidence of attempts by Russia to interfere with the UK’s electoral processes.

The parliamentary group which is bringing the action includes Ben Bradshaw MP, Caroline Lucas MP, Alyn Smith MP, Lord Strasburger and Baroness Wheatcroft. They claim the government is in breach of the European Convention on Human Rights (Article 3, Protocol 1) which requires regular, free, secret-ballot elections which “ensure the free expression of the opinion of the people”.

They argue that the right to free elections imposes positive obligations on States to ensure the integrity of their electoral processes, including to investigate hostile state interference in democratic elections and to have in place an effective legal and institutional framework that secures citizens’ democratic rights.

The application says the logical corollary of the United Kingdom’s obligation to protect the integrity of electoral system is the requirement to hold an investigation where there has been a failure to provide that protection. It adds that there is no legal entity with the legal responsibility to prevent and combat foreign interference in UK elections.

The Russia Report declared Russian interference in the UK “the new normal” and reported credible attempts to interfere with the UK’s electoral processes from at least the time of the EU referendum in 2016. The Intelligence and Security Committee called for an investigation and an updated legal and institutional framework to protect those processes from foreign interference.

When the government failed to act on these recommendations, the cross-parliamentary group joined forces with non-profit journalism organisation the Citizens to file an application for judicial review in August 2020. Permission for judicial review was refused by the High Court and the group’s application for permission to appeal was turned down by the Court of Appeal.

“As President Putin wages a war of terror on the Ukrainian people, he’s been waging another war on the very principles of democracy. The Russia Report is clear that there is credible evidence of Russian interference in UK electoral process – and yet our government has consistently refused to investigate these serious conclusions.

“We now have no other option than to take our case to the European Court of Human Rights, in order to try to force the government to undertake a full investigation into the evidence, or else we jeopardise the free and fair elections we hold dear and allow Putin to believe that, once again, he can get away with hostile state interference in our democratic processes."

“For some time it has been obvious that Putin has infiltrated the British establishment and our government. Predictably Boris Johnson delayed publication of the Russia Report as long as he could and then ignored its excellent recommendations. Likewise he declined to tackle the tsunami of dirty money the Russian oligarchs have been allowed to launder in London and only moved against them when the Ukraine crisis meant he had no choice. Even then he did as little as he could get away with and gave the oligarchs ample time to spirit their assets out of the country. It’s high time to deal with this vipers’ nest and hopefully this legal action will lead to full exposure.”

“This case remains important, as it still staggers me that we are having to take legal action to force the UK government to properly protect democracy from dubious interference. I'm glad the cross-party group remains resolute and united in our resolve to see this through."

"While the UK courts turned down our clients’ application, they are hopeful that the European Court of Human Rights will seize this opportunity to make clear that suspected interference in electoral processes must be fully investigated and that a failure to do so is a violation of the right to free elections. At a time when the physical threat posed by Russia is horrifyingly clear, the UK Government’s failure to take action in the face of credible evidence of Russian interference in UK electoral process is astonishing." 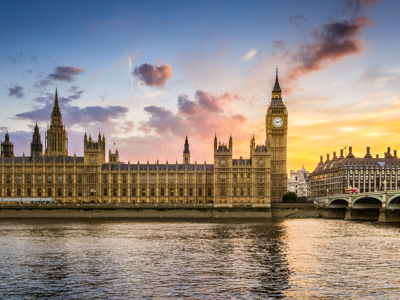 A cross-party group of Parliamentarians and democracy campaign group, the Citizens has issued court proceedings.