A group of migrant workers who worked in a factory in Malaysia which predominantly manufactured products for Dyson have launched legal claims against Dyson relating to allegations of extensive violations of their legal rights including forced labour, physical and psychological injuries, false imprisonment, cruel and degrading treatment and exposure to extremely hazardous working conditions.

The claimants all worked at a factory owned by ATA Industrial, in Johor, Malaysia where many Dyson products were made. They detail in their letter before action to Dyson, which is sent in advance of formal proceedings being issued and is the first step in legal proceedings, that they travelled from Nepal and Bangladesh to work in the factory and all paid a recruitment fee and were paid below minimum wage, sometimes earning less than $10 per day.

They allege in their legal case that they all had their passports retained for the duration of their employment, making it impossible to find other work so they were trapped working at the ATA factory. Many lived in unsanitary and overcrowded living conditions of up to 80 people per room and their movements were restricted by security guards. The plight of some of the workers has been detailed in a Channel 4 News investigation which will air at 7pm tonight (10 February).

The minimum daily shift for the claimants was for 12 hours but they argue in their legal claim that all were forced to work overtime with shifts as long as 18 hours. If they refused to work overtime when ordered to, they say they would be prevented from working any overtime in the future which made it impossible to live from their wages. Many of them were allegedly refused annual leave and worked for over 18 months without taking a break of longer than a single day. They lived under constant fear that they would be punished if they did not obey the orders of the management.

The workers say they were told by ATA Industrial that their work visas would be taken care of but some of them were allowed to lapse, resulting in the workers being in the country illegally. Coupled with the loss of their passports, they lived in constant fear of being arrested. Three of the claimants were arrested, spending between 14 and 24 days in jail, where they allege they were beaten by the guards, including one former worker who alleges that he was taken to the police by a member of the senior management.

The ten men and women who have commenced legal proceedings worked in the factory operated by ATA Industrial for between three and nine years. The factory predominantly produces products for Dyson’s vacuum cleaner, lighting, haircare, heaters and fan ranges. ATA Industrial is Dyson’s largest ‘box-build’ (the complete assembly of a customer’s finished product) partner, supplying around one third of its global ‘box-build’ production.  Well-known brands like Dyson are accountable for their supply chains, and identifying those brands with any issues in those supply chains is a vital part of that accountability.

On 25 November 2021 it was reported that Dyson had ended its contract with ATA Industrial due to audit findings. However, the former workers allege in their legal case that Dyson had known about the unlawful conditions since at least November 2019 when they were notified by whistle blower Andy Hall. Additionally, they argue that the exploitation and dangerous working conditions faced by migrant workers in Malaysian factories has been widely reported over the last 10 years and therefore is something that Dyson should have been aware of.

In their legal claim the workers argue that Dyson was unjustly enriched as a result of the unlawful, exploitative and dangerous conditions at the factory. They argue that Dyson is liable for the breaches of their legal rights due to the company’s knowledge of the alleged unlawful practices at the ATA factory and because of their assumption of responsibility through numerous public statements regarding their policies and procedures for detecting and preventing forced labour and exploitation in their supply chains.

Dyson was founded in the UK in 1993 but in 2019 its head office was moved to Singapore, where its ultimate parent company resides. Dyson closed its UK factory and moved its manufacturing to Malaysia in 2007 which resulted in an increase in profits. However, many of its subsidiary companies and primary operations still reside in the UK and it is those companies who are the defendants in this claim: Dyson James Group Limited, Dyson Technology Limited, Dyson Limited and Dyson International Limited.

In the letter before action, sent by law firm Leigh Day on behalf of the workers, Dyson is asked to pay compensation to the workers. If a settlement cannot be reached the case will progress to the High Court.

Andy Hall, a British migrant work rights specialist, is the whistle blower who in 2019 first notified Dyson of the issues faced by workers in ATA’s factory and in other factories which supply them. He continues to work with a team of former migrant workers across Asia to document systemic forced labour conditions and assist migrant workers to access remediation and justice for their suffering.

One of the claimants, Dhan Kimba Limbu, said:

“The abuse I have faced has caused me a great deal of pain and distress. I thought by showing the conditions we were facing at the ATA factory, Dyson would take steps to help the workers, but instead I was punished. I hope that now Dyson will listen to the issues the workers have faced and take action to help us rebuild our lives.”

“Despite Dyson’s many public statements about the “responsible sourcing” in its supply chains and the extensive steps it claims to have taken to prevent exploitative working practices, our clients believe that Dyson has wholly failed in its responsibilities in relation to the treatment of workers at the ATA factory. Dyson had a reported turnover of $8billion in 2020, yet many of the workers making its products are paid well below the minimum wage. Our clients believe that corporations should not be allowed to profit from their exploitation and abuse.”

“I have been working for many years with migrant workers from the ATA factory who asked for my support to try to bring their awful working and living conditions to the attention of Dyson. My attempts to engage with Dyson to resolve these matters have unfortunately been unsuccessful. Dyson has also recently cancelled its contract with the ATA factory prematurely, which I believe will likely result in even more workers losing their jobs, strengthening the need for remediation of the issues.

“My team and I hope that by bringing a legal claim against Dyson at this time, the workers can hold the company accountable for its poor governance and the woeful conditions in its supply chain. Brands and buyers, alongside investors and public procurers, must conduct adequate due diligence to prevent such modern slavery conditions arising in its supply chains, so that British consumers and businesses are not benefiting from the misery of others.” 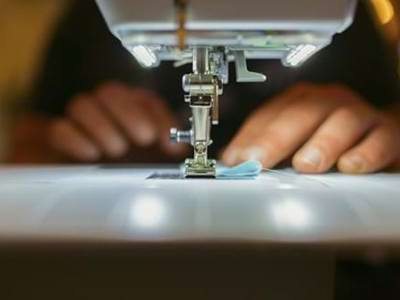 Forced labour in UK companies’ supply chains: is a UK due diligence law the answer?

Oliver Holland and Ella Cornish discuss what the UK can do to catch up with global moves to halt the import of goods manufactured by the use of forced labour. 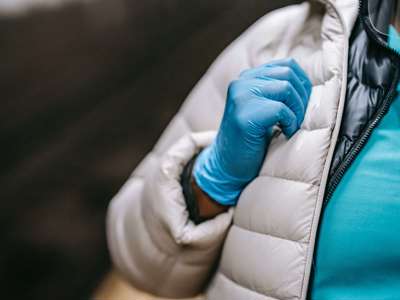 International solicitor, Rebekah Read, discusses forced labour in Malaysian factories manufacturing PPE gloves and why the UK should follow the US in placing a detention order on imports on subsidiaries of Top Glove to protect the NHS supply chain.