Mbuyisa Moleele Attorneys and Leigh Day call on Uber to do the right thing and acknowledge that its SA drivers are legally entitled to statutory employment rights.

JOHANNESBURG, 19 March 2021 – Following Uber’s announcement that it would concede employment rights to its UK drivers, attorneys from Mbuyisa Moleele Attorneys (Johannesburg) and Leigh Day (London) have called on the global ride-sharing giant to do the right thing and acknowledge that its SA drivers are legally entitled to statutory employment rights.

Uber has more than 70,000 drivers in the UK, who will now receive the minimum wage after they accept a trip request. They will also receive paid holiday time, and be enrolled in a pension scheme after the Supreme Court in England ruled against the Company last month. Leigh Day represented the UK Uber drivers in the Supreme Court case in which the lower courts, including the English Court of Appeal, also ruled in favour of the drivers.

Mbuyisa Moleele Attorneys and Leigh Day announced in February that they are preparing a class action to be filed in the Johannesburg Labour Court against Uber BV and Uber SA on behalf of South African Uber drivers. The claim is to be based on the drivers’ entitlement to rights as employees under South African legislation.

South African employment law, with regard to what constitutes employment as opposed to independent contractor status, is very similar to UK employment law. Furthermore, Uber operates substantially the same system in South Africa, with drivers using an app, which the UK Supreme Court concluded resulted in drivers’ work being “tightly defined and controlled” by Uber.

Some Uber drivers in SA earn less than the minimum wage, meaning that Uber drivers across the country work incredibly long hours just to make ends meet. The UK Supreme Court recognised similar difficulties faced by drivers in the UK case by stating that in practice, the only way in which drivers could increase their earnings was by working longer hours while constantly meeting Uber’s measures of performance.

“Uber’s announcement that it would concede worker’s rights for their UK drivers is an important development for the Company’s drivers in South Africa. The writing is on the wall and we call on the Company to afford these rights – including compensation for unpaid overtime and holiday pay - to their drivers in SA. These drivers have suffered through the effects of the COVID-19 pandemic without the right to unemployment benefits, and consistently earn less than the minimum wage.”

“Uber’s argument that it is simply an app is getting weaker by the day. Their defeat in the Supreme Court in England is the Company’s latest loss and is consistent with defeats it has suffered in the courts of France, Canada and Switzerland. Uber’s concessions to UK drivers are an inevitable consequence of the Supreme Court judgment, and they were left with no choice but to treat them as workers. Quite simply, Uber behaves like an employer and needs to treat its drivers as employees. It’s the right thing to do.”

Uber drivers' claims in the UK and South Africa 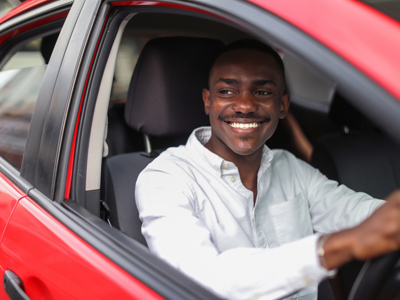