A coroner has concluded that the deaths of five people in two separate incidents involving Beko gas cookers were accidental with a finding of fact that the deaths had been caused by an inherent defect with the cookers.

Coroner Geraint Williams also highlighted serious failings on the part of Beko by failing to immediately draw the attention of other organisations, including trading standards, to the risk “and left them in the dark”.

The coroner said it was a serious error on the part of Beko because they failed to take action after having been notified of the deaths of Boris and Wilma Green on 1 December, 2008, 30 days before the gas cooker used by Mr Smith and Mr Branton was purchased.

Beko Plc’s parent company, Arcelik, which manufactured the ovens concerned, knew of the dangers at the time of the deaths, but their efforts to contact purchasers had only had a 58 per cent success rate.

The ovens have now been linked to 18 deaths in the UK and Ireland.

The coroner is reviewing what steps should be taken to prevent further deaths happening in similar circumstances.

Following the conclusion of the inquest, the family of Kevin Branton and Richard Smith said:

“It has taken 10 years to get the answers we have needed into the reasons why Kevin and Richard died. It has been a long and difficult wait for our family.

“But finally we feel we have been listened to and finally we know what happened.

“Thanks to the coroner, the parties involved have had to give an account for their role in the circumstances that led to their deaths.

“There were clear failings on the part of Beko Plc.

“We hope recommendations will be made so that this type of tragedy never happens again.”

“This inquest is the culmination of many years’ work. It is a poor reflection on the safety standards system in the UK that it is now 10 years since the deaths of Kevin Branton and Richard Smith, and seven years since the Cook family died.

“It is only now that serious failings have been pointed out in the events that led up to these deaths.

“However, it is a great relief to the families that their voices have at last been heard.

“We hope that the evidence that has been given at this inquest will signal a change in attitude to customer safety by the manufacturers of domestic products.

“The public needs to be confident that manufacturers and government put the safety of customers ahead of any other considerations in the marketplace.”

By the time Mr Branton, Mr Smith and the Cook family died, the models of Beko cookers they owned were known to be linked to other deaths, but efforts by Beko to trace purchasers had not achieved more than a 58 per cent success rate.

The deaths of Mr Branton, Mr Smith and the Cook family are believed to have happened after the grill had been mistakenly switched on instead of the oven.

Det Sgt Jonathan Bray, of Devon and Cornwall Police, said uncooked food was found in the oven compartment but the grill was on and the grill door was closed. The cookers had a rubber seal around the grill door and the "danger occurred when that grill door was shut" because that restricted airflow and caused incomplete combustion, producing dangerous levels of carbon monoxide, he explained.

Coroner Geraint Williams challenged the company on its testing regime and safety record.

Alp Karahasanoğlu, from Arcelik, the Turkish parent company of Beko, said: "No-one foresaw the possibility that the grill might be used with the grill door shut, contrary to the advice in the user manual."

He said the advice was for the efficiency of the grill and not to prevent the build-up of carbon monoxide.

"No-one at Arcelik was aware of this risk until these tragic deaths came to our notice," he said.

The Beko cookers, made by Arcelik, have been linked to 18 deaths in the UK and Ireland.

Beko first found out about the issue in November 2008 when a man died in Cork, Ireland. Mr Smith's cooker was bought on 31 December 2008 and was on the list of 13 Beko models issued in late 2008, Sgt Bray told the court. By February 2009 another 23 models were highlighted as being potentially dangerous, and the Cooks’ Beko cooker was on that list.

Arcelik provided Beko with a list of affected models on 2 December but immediate action was not taken to address the danger.

Andrew Mullen, head of quality and sustainability for Beko Plc said it had been waiting for formal test results from Arcelik and had not received those until 22 January, 2009.

Initially the company decided to make adaptations to the cookers it had in stock, but not to modify the thousands of cookers already sold.

WIthin weeks it was revealed there had been further deaths between November 2008 and January 2009 in Kent, Doncaster and Belfast, and Beko began trying to trace all customers who had bought the type of cookers affected so that modifications could be made to their grill doors.

Mullen said some companies such as Dixons and Argos kept excellent records of customers, making it easier to trace them. But they did not find the details of Mr Smith, Mr Branton or the Cook family, whose cookers had been bought from local businesses.

The Department for Business, Energy and Industrial Strategy became aware of five deaths in Kent, Doncaster, Ireland and Northern Ireland linked to the use of gas cookers with grill doors closed in early 2009.

The department, then known as the Department for Business, Enterprise and Regulatory Reform, called for a change to safety standards covering gas cookers.

Phil Poolley of Internek, a product testing and certification company, said his firm was involved in testing the cookers to ensure they complied with British and European safety standards.

He said at that time this did not require gas ovens to be tested with the grill doors closed unless the makers specified they could be used in that way.

Graham McKay, from the British Standards Institution, said he tested the Beko cookers after the fatality in Ireland in November 2008. He said it was "obvious to me within minutes" of testing it with the grill door closed that it "wasn't a safe product". He said he had never seen a gas appliance as dangerous as the Beko product. 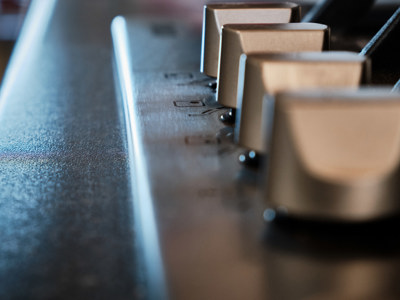 An inquest into the deaths of Richard Smith, Kevin Branton, Audrey Cook, Maureen Cook and John Cook is due to begin today.