The inquest into the death of 49-year-old Samantha Brousas has concluded that there was a 'gross failure' in the care of the mother of two who died from sepsis in February 2018.

Samantha died on 23 February 2018, 48 hours after being admitted to Wrexham Maelor Hospital. She arrived at the hospital on 21 February and had to wait in an ambulance in the car park for almost three hours, despite being diagnosed with the life-threatening condition sepsis. Despite these failings, the coroner concluded that these did not, on a balance of probabilities, cause her death.

The inquest, which was heard at North Wales Coroner’s Court between 20 and 25 November, heard evidence that the Emergency Department at the hospital was so busy on the day Samantha arrived that it was “dangerous and unsafe” and was described by one witness as being “under siege”. Coroner Joanne Lees issued a prevention of future deaths reports to the Welsh Ambulance Service.

“After all the evidence we have heard in Sam’s inquest we feel that we have no faith in the Health Board to make improvements and we therefore feel that the Chief Executive of Betsi Cadwaladr University Health Board should take responsibly for the failings and step down.

“It is incredibly difficult for us to hear the complete chaos that Sam was faced with when trying to battle this life threatening illness. We have heard details throughout the inquest of a complete breakdown in the care that Sam should have received. We all put our trust in the healthcare professionals to provide Sam with the best treatment and we feel that she was let down in the worst possible way.

“It is devastating to know that all those healthcare professionals who came into contact with Sam on 21 February recognised at the time that she had sepsis and knew only too well that she required intravenous antibiotics within at most one hour. Despite that recognition, Sam remained on an ambulance in the hospital car park for more than 2 hours without such treatment.

“Nothing will bring our beloved Sam back but we urge all those that were involved in her care to learn lessons from what happened her and work together to make sure that significant changes are made quickly. It is disgraceful that this could have happened and we want to make sure it does not happen to anyone else.”

“The evidence that we have heard over the course of the inquest has been truly shocking. We heard that the hospital was operating under extreme pressure, that the Emergency Department was severely overcrowded and that staff would have been unable to perform even routine observations reliably. We heard that the department was unsafe and overcrowded and that there were many patients left waiting in ambulances.

“Witnesses at the inquest described the situation as ‘chaos’ but clearly felt that these were the circumstances in which they had to work. The escalation process, by which management were to be made aware of such pressures, was described as ‘totally pointless’ and nothing more than ‘background noise’. Against that background of systemic failure, it was perhaps almost inevitable that there were then individual failings in care. Samantha Brousas and her family were badly let down.

“The absolute tragedy of this case is that ALL those healthcare professionals who came into contact with Sam on 21 February recognised at the time that she had sepsis and understood that sepsis is a potentially fatal time critical condition. All knew only too well that she required intravenous antibiotics within at most one hour. Despite that recognition, Sam remained on an ambulance in the hospital car park for more than 2 hours without such treatment.

“This was by no means the first time that this hospital had faced this situation. Indeed, this Coroner's Court has previously made prevention of future deaths reports identifying this very risk when patients cannot be offloaded promptly from ambulances and admitted to the Emergency Department. Unless the situation changes, patient safety will inevitably be compromised, and Sam’s family urge the Betsi Cadwaladr University Health Board and the Welsh Ambulance Trust to work together to address the systemic failings identified at the inquest and put patient safety at the absolute top of their agenda.”

The next day she went to the doctors again and was told she had a nasty viral infection. Her doctor told the inquest she showed no signs of sepsis. On 21 February Samantha felt worse still and her daughter called NHS 111 who then arranged for an ambulance.

The inquest heard that formal guidance at the highest level, in the shape of a Welsh Health Circular, requires that ambulances are offloaded within 15 minutes and that patients are triaged by hospital staff and admitted to the Emergency Department within 30 minutes. From the time an ambulance was first requested for Samantha at 15:23 to the time when she first received antibiotics at 20:45 almost five-and-a-half hours were allowed to elapse.

It was accepted in evidence that this delay contributed to the serious nature of her condition. When she arrived at the hospital the ambulance crew were told there were no beds available and the paramedics were unable to administer antibiotics in the ambulance.

The inquest heard that all those healthcare professionals who came into contact with Sam on 21 February recognised at the time that she had sepsis and understood that sepsis is a potentially fatal time critical condition. The Coroner was told that the two other hospitals in the area with emergency departments were also under extreme pressure at the time. 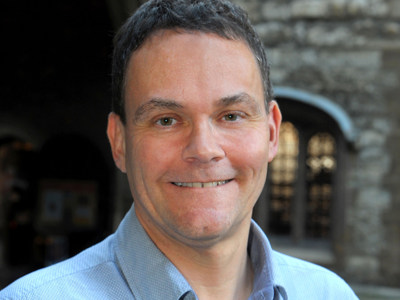 Stephen is head of the medical negligence team in Manchester