The Abu Zubaydah case: the actions of the UK’s Security Services and the applicable law question

Charlotte Armstrong, solicitor in the international department, discusses the importance of a recent Court of Appeal decision in the case brought by Abu Zubaydah against the UK Foreign Office, Home Office and Attorney General.

In an interesting overturning of a High Court decision, the Court of Appeal has recently held that the law applicable to torts allegedly committed by UK's Security and Secret intelligence Service against a detainee subjected to “enhanced interrogation techniques” by the CIA is the law of England and Wales, and not the laws of the various countries where the claimant’s ill-treatment occurred.

This judgment, in the case brought by Abu Zubaydah, sends a clear message that the actions of the UK’s Security Services should be judged according to the laws of this country, regardless of where an individual may have been rendered to and sustained injury.
An overview of the Abu Zubaydah case
Mr Abu Zubaydah, whose full name is Zayn al-Abidin Muhammad Husayn, was captured in March 2002 in Pakistan. He alleges that between 2002 and 2006 he was unlawfully rendered by agents of the United States to six different countries and that, in each of these countries, he was arbitrarily detained at a US "black site" prison, where he was subjected to extreme mistreatment and torture. Since 2006 he has been held, without trial, in Guantanamo Bay.
Mr Zubaydah’s case against the UK’s Security and Secret intelligence Service (MI5 and MI6) arises on the basis that these UK agencies were allegedly aware that he was being arbitrarily detained and tortured at these CIA “black sites”.

Nevertheless, the UK intelligence services sent numerous questions to the CIA, to be used in interrogations of Mr Zubaydah for the purpose of attempting to elicit information of interest to them and without seeking any assurances that he would not be tortured or mistreated or taking steps to discourage or prevent such treatment.

Mr Zubaydah, who is represented by law firm Bhatt Murphy, contends that the  Foreign Office, the Home Office and the attorney general (the defendants) are vicariously liable for the torts committed by the Security and Secret Intelligence Services, namely misfeasance in public office, conspiracy to injure, trespass to the person, false imprisonment, and negligence.
However, in order for the Court to determine whether the defendants are in fact liable, it must first be decided what law or laws should govern the defendants’ actions. The parties disagreed on this important issue.
The question of the applicable law
Where there is a cross-border element to a legal claim, one of the first questions to determine is which country’s laws will be applied by the court when hearing the substantive dispute. This is the applicable law question.

Mr Abu Zubaydah’s claim is an interesting and somewhat extreme example of this issue because the three defendants are all emanations of the UK state and are being sued in the English courts, but the claimant was detained and tortured in six different countries by a US agency.
It was common ground between the parties in this case that the issue of applicable law was to be determined by reference to the provisions of Part III of the Private International Law (Miscellaneous Provisions) Act 1995 (the 1995 Act). The 1995 Act, which applies to issues relating to torts where the harmful event occurred between 1 May 1996 and 11 January 2009, abolished the common law rules which required actionability under both the law of the forum and the law of the country where the tort was committed, for the purpose of determining whether a foreign tort was actionable.

The issue went before the High Court in January last year for determination as a preliminary issue.
The High Court judgment
The defendants contended that, under the general rule in the 1995 Act, the applicable law was the law of the various places where Mr Zubaydah was mistreated, namely Thailand, Lithuania, Poland, Afghanistan, Morocco and Guantánamo Bay, Cuba. In contrast, the Mr Zubaydah argued that the general rule should be displaced, as per section 12 of the 1995 Act, because the law of England and Wales was substantially more appropriate.
Mr Justice Lane stated that the use of the word "substantially" in section 12(1) of the 1995 Act confirmed that the party seeking to displace the general rule produced by section 11 needed to show a "clear preponderance" of relevant factors that pointed to the law of another country. He disagreed with the Mr Zubaydah’s position that the law of England and Wales was substantially more appropriate for the following reasons:

The Court of Appeal judgment
In a judgment recently handed down, Lord Justice Males, Lady Justice Thirlwall and Dame Victoria Sharp unanimously allowed the Mr Zubaydah’s appeal. Lord Justice Males, providing the written judgment, focused largely on the reasonable expectations of Mr Zubaydah in his analysis of the position.
In a particularly helpful passage for any future claimants in these kind of rendition cases against the UK government, Lord Justice Males explained that Mr Zubaydah could “reasonably have expected … that the conduct of any country’s security services having to do with him would be governed by the law of the country concerned”. He also held that the judge was wrong to discount the reasons advanced by Mr Zubaydah for saying that the factors connecting the tort with the six countries were of reduced significance because:

It is not yet known whether the government will appeal this decision. Whilst no doubt an important victory for Mr Zubaydah, the extent to which this determination by the Court of Appeal will be of assistance to torts where the harmful occurred after January 2009 remains to be seen. This is because the general rule under Rome II, the regulation which succeeded the 1995 Act, is that the applicable law is the law of the country in which the damage occurred unless the tort is “manifestly more closely connected” with another country.

This is a possibly narrower enquiry than the 1995 Act where the focus was on the place where the most significant elements of the tort occurred.
Rendition and torture cases
Whilst the court has so far focused on the applicable law issue in Mr Zubaydah’s case, the substantive issues in his claim once again highlight the role of the UK government in the rendition and torture of individuals overseas.
In very similar factual circumstances to Mr Zubaydah, Leigh Day previously acted for Mr Abdul-Hakim Belhaj and his wife, Mrs Fatima Boudchar, and Mr Sami al-Saadi and his family.
In early March 2004, Mr Belhaj, a former opponent of the Gaddafi regime in Libya, and his pregnant wife, Mrs Boudchar, were detained and tortured in a CIA “black site” in Bangkok and then rendered to Libya. Later that month another Gaddafi opponent, Mr Sami al-Saadi, his wife and their four young children were abducted in Hong Kong and rendered to Libya.
Once in Libya, Mr Belhaj and Mr al-Saadi were both detained, tortured and subjected to flagrantly unfair trials before being sentenced to death. They were both subsequently released in March 2010. Ms Boudchar was imprisoned in Libya for four months while pregnant. She was released just three weeks before giving birth.
After the fall of the Gaddafi regime in Libya in 2011, confidential documents were discovered in the offices of Libyan intelligence officials in Tripoli which showed the apparent involvement of the British security services – MI5 and MI6 – in the extraordinary renditions of Mr Belhaj and Mr al-Saadi and their families.
These included a fax apparently sent from MI6 to the Libyan intelligence services on 1 March 2004, in which MI6 informed the Libyans of Mr Belhaj’s whereabouts in Malaysia.

Leigh Day, working together with the non-governmental organisation Reprieve, issued proceedings in the English High Court in June 2012 on behalf of both families against Jack Straw (former Foreign Secretary), Sir Mark Allen (former Head of Counter-Terrorism at MI6), MI6, MI5 and various government departments.
In December 2012, the claim by Mr al-Saadi and his family was settled for £2.23 million in damages. Mr Belhaj and his wife offered to settle their claim for £1, but only on condition of a public apology and admission of liability. Their offer was not accepted.
In 2013, the Government attempted to get the claim struck out on the grounds that it involved the alleged acts or omissions of other states and might give rise to criticism of those states, particularly the USA.
Leigh Day successfully resisted the application. In a 2017 judgment that had a wide-reaching impact, the Supreme Court ruled in favour of allowing Mr Belhaj and his wife to continue their claims.

This judgment did not consider the applicable law issue as that aspect of the Court of Appeal judgment was not appealed. Accordingly, the claims of Mr Belhaj and Ms Bouchar depended upon establishing that the torts alleged existed under the laws of the jurisdictions in which the harm was sustained, notably Malaysia, Thailand, the US and Libya.
On 10 May 2018, the former Attorney General, Jeremy Wright QC MP, gave an unreserved apology to Mr Belhaj and Mrs Boudchar on behalf of the Prime Minister for the UK Government’s role in their ‘detention, rendition and suffering’.
The couple also received the apology by letter from the Prime Minister at the time, Theresa May.
Profile 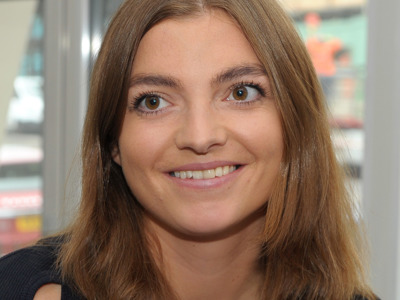 Charlotte Armstrong is a solicitor in the international department. 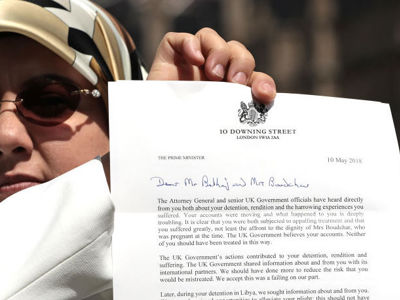 Leigh Day acted for individuals who were unlawfully transferred to Libya, with the help of the UK Government. This legal action led to an unprecedented apology by the Attorney General in Parliament.