Trainee solicitor, Dan Webster, who is part of the team representing the family of Jack Ritchie, analyses the issues arising from Jack’s inquest and its wider significance, including the potential impact on future inquests into gambling-related deaths.

Content warning: This blog refers to suicide, gambling disorder and gambling addiction – links to help and support appear at the bottom of the blog.

Jack Ritchie died in Hanoi, Vietnam, in November 2017, aged just 24. He took his own life after years of battling an addiction to gambling, a condition neither he nor his parents knew gave rise to an increased risk of dying through suicide.

On the day of his death, Jack wrote to his parents, “I’m past the point of controlling myself and I’m not coming back from this one.”

Earlier this year, an inquest held at Sheffield Coroner’s Court concluded that gambling led to Jack’s death and that the treatment and information provided by the state in relation to gambling addiction were ‘woefully inadequate’ at the relevant time.

Tragically, Jack’s story is just one example of hundreds of self-inflicted deaths related to gambling in the UK every year. Although the exact number of these deaths is difficult to quantify, Public Health England (PHE)’s recent gambling harms evidence review estimated there is more than one suicide related to gambling every day in England alone.

Meanwhile, the Government’s overdue review of the Gambling Act 2005 continues to drag on, with publication of a White Paper (outlining the Government’s proposed new legislation) still awaited. The coroner’s findings in Jack’s inquest were timely in illustrating the size and significance of the Government’s task.

The inquest into Jack’s death was ground-breaking in that it heard evidence from several witnesses in very senior positions within Government, the Gambling Commission (which regulates the UK gambling industry), as well as GambleAware and GamCare, the organisations which have primary responsibility for commissioning and delivering treatment for gambling addiction. The scope of the coroner’s investigation included the information that was available to Jack and others regarding the risks of gambling, the medical treatment that was available and provided to Jack, the system of gambling regulation and whether gambling contributed to Jack’s death.

The inquest examined this broad range of issues partly because the right to life, under Article 2 of the European Convention on Human Rights, was ruled to be engaged by the circumstances of Jack’s death. The coroner made this ruling on the basis that the state had arguably breached its obligation to put adequate systems in place to protect Jack’s life, particularly in respect of information and treatment for gambling addiction. In consequence, the inquest examined not only ‘how’ Jack died, but also the wider circumstances of his death, and the coroner was permitted to use ‘judgmental’ language in his conclusion (including, most starkly, the words ‘woefully inadequate’).

Article 2 is only engaged at an inquest in limited circumstances, where the state has had some involvement in the circumstances leading to a death. The most common examples of ‘Article 2’ inquests are where someone has died in state detention, for example in prison, in police custody or in a psychiatric hospital. The basis on which Article 2 was ruled to be engaged in Jack’s case was slightly more novel, based primarily on the stark evidence available of a lack of adequate provision of treatment for gambling disorder/gambling addiction and information from the state in relation to a known risk to public health. The ruling represented a welcome recognition of the state’s obligations in this regard and ensured there was a wide investigation into the full circumstances of Jack’s death.

Having considered all of the evidence in Jack’s case, including of the attempts which he and his family had made to seek treatment and support over a number of years, the coroner’s findings were powerful. He concluded that Jack “had a difficult and longstanding addiction to gambling stretching back many years” and that Jack was able to continue gambling “[d]espite the system of regulation in force at the time of his death”. The coroner stated he had heard evidence of the warnings and information about the dangers of gambling and the treatment for gambling addiction which were available in the years leading up to Jack’s death, but concluded that “such warnings, information and treatment were woefully inadequate and failed to meet Jack’s needs”. As a result, the coroner found that Jack remained addicted to gambling and his addiction “spiralled out of control, leading to his eventual suicide.”

Prevention of Future Deaths report and the Government response

As is the case at all inquests, the coroner was required to consider whether any of the evidence he heard in Jack’s case gave rise to a concern that future lives were at risk. Despite hearing extensive evidence from witnesses from the Government, Gambling Commission, GambleAware and GamCare regarding the improvements they had sought to implement in the years since Jack’s death, the coroner’s conclusion was clear. He issued a Prevention of Future Deaths report (also known as a ‘Regulation 28’ report) to three separate Government departments, making clear that he was concerned that all of the issues he had identified as contributing to Jack’s death continued to pose a risk to the lives of others. The full report is available on the Chief Coroner’s website. The report covered the coroner’s concerns in respect of the system of regulation, the warnings and information available regarding the dangers of gambling and the treatment available for gambling addiction.

In May, the Government provided a response to the Prevention of Future Deaths report. Disappointingly, the response largely repeated the evidence which the Government had provided to the inquest of steps that had been taken since Jack’s death and referred to the ongoing review of the Gambling Act 2005, without providing details of any proposals. It states that the Government “welcome[s] the views of the coroner and the opportunity it presents to reflect upon and take decisive action on those areas identified as continued concerns, to prevent others from losing their lives under similar circumstances.” However, the response includes no commitments to take any specific action to address the coroner’s concerns.

The coroner’s function in investigating Jack’s death was completed by delivering his conclusion and issuing the Prevention of Future Deaths report. There is nothing further he can do to require any further response or action to be taken by the Government. During Jack’s inquest, the Government made clear that it wished to learn lessons from Jack’s case, but it remains to be seen whether this commitment will be honoured.

The outcome of Jack’s inquest was only possible due to the extraordinary work of his parents, Liz and Charles Ritchie. Following Jack’s death, Liz and Charles were part of a group of bereaved families and friends who set up the charity Gambling with Lives (GwL). The charity aims to raise awareness of the dangerous effects of gambling on mental health and the associated high suicide risk, as well as supporting other bereaved families.

In the years since Jack’s death, GwL has helped to shine a light on the extensive evidence that is available of the public health risks posed by gambling. It has also illustrated the inadequacy of the current system of gambling regulation and of research, education and treatment (RET) and the devastating human impact which these problems continue to have.

Many experts have long called for an end to the current practice of research and treatment of gambling disorder being funded, in large part, by voluntary contributions paid by gambling operators. Although some progress has been made in recent years towards establishing a clearer separation between the industry and GambleAware (the main commissioning body), there is significant scope for further improvement. Reports earlier this year suggested the NHS is “preparing to sever all gambling industry funding for its addiction clinics because of fears the cash could compromise their work.”

The All-Party Parliamentary Group (APPG) on Gambling-Related Harm has called for the proposed new legislation to introduce reforms including the banning of VIP schemes and harmful incentives, affordability checks, and stake limits for online gambling. It has also called for the establishment of a ‘clear duty of care’ on operators to protect consumers from harm and the introduction of a Gambling Ombudsman to make the protection of consumers more effective.

Experts have also called for the new law to consider all gambling-related harms on the population, to ensure that representatives of the gambling industry are no longer involved in decisions about how to prevent these harms and to place the burden on the industry to show that products are not harmful, rather than enabling attempts by the industry to undermine the growing body of evidence of harm.

Irrespective of how far the Government’s proposals may go in meeting these expectations, there is a sense of growing momentum behind the calls for reform and increasing public interest in the issue of gambling-related harm. PHE’s evidence review starkly illustrated the impact on individual lives, not only for people with gambling disorder but also for their families and friends, as well as the impact on wider society and, in particular, the health and social care system. As a result, it is increasingly accepted that gambling harm must be treated as a public health issue, in the same way as other harmful addictions, with treatment and research commissioned and funded accordingly.

Tragically, GwL are in touch with a large number of families who have been bereaved by gambling-related suicide. Leigh Day represents some of these families in ongoing inquest proceedings. It remains to be seen what impact Jack’s inquest, and the growing awareness of gambling harms, may have on coronial investigations of other gambling-related deaths. However, it is hoped that it will contribute to a growing recognition of gambling addiction as a serious mental health disorder which can cause death.

Although we hope it will not be necessary for a further Prevention of Future Deaths report to be issued by a coroner, this remains a distinct possibility while the Government fails to deliver on its commitment to learn lessons from Jack’s death.

If you need to speak to someone about any gambling related issues for yourself, a family member or a friend, one of the organisations listed on Gambling with Lives’ help page may be able to help. The page also includes links to suicide support charities including the Samaritans.

The inquest into the death of Jack Ritchie has concluded that gambling led to his death and that multiple state failures caused his death. 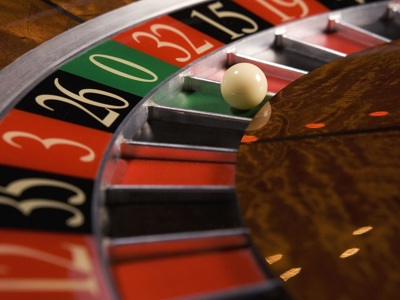