As part of our series of blogs for Men’s Health Month, medical negligence solicitor Adam Lamb discusses the importance of men speaking up about their mental health and gives his suggestions on how men can feel more comfortable getting help.

Mental health continues to be a taboo subject for many men. Societal and cultural norms of gender conformity to be ‘strong’ and ‘tough’ can put pressure on men making it difficult to admit they are struggling with their mental health and to seek help.

Suicide is now the biggest cause of death for men under the age of 45 years old in the UK with rates being notably higher amongst BAME, gay, bisexual and trans men. Men account for approximately three quarters of the overall suicide deaths in England and Wales.  Studies show that men find it more difficult to talk about their problems than women.
If we are to have any chance of reducing these heart-breaking statistics, it’s important to break through this stigma of men speaking up about their mental health.
Men’s mental health figures
In December 2020, mental health charity Mind released a report called ‘Get it Off your Chest: Men’s Mental Health 10 years on’.  The report looked at the current challenges facing men’s mental health, and how these have changed over the past decade. The report found that:
Despite these worrying figures there were some positives – the report also found that in the past decade:
The report’s findings show that although there has been improvement over the past decade in men feeling able to seek help for their mental health, there has been a marked increase in the numbers of men experiencing mental health problems.
So how can we better support men to speak up about their mental health?
I believe a lot more could be done to improve mental health services for men. Given the opportunity, here are five things I would do to improve the current state of affairs:
1.    Create more accessible and convenient spaces for men to talk about their mental health.
Perhaps we might have much better luck getting men to open up if we made the spaces for them to do so less intimidating and more inviting!
During the summer of 2021, the Lions Barber Collective opened their first permanent store at 29 Carnaby Street in London. The Lions Barber Collective is a group of not-for-profit barbers trained in mental health support to help prevent male suicide.
Perhaps similar initiatives could be set up in other more inviting places such as gyms or sports venues.
2.    Fix the education system so that mental health is discussed from a young age.
At school, we are all taught physical education as part of the National Curriculum.
How great would it be if the government also made mental health education mandatory under the National Curriculum? As well as teaching pupils the importance of their mental and emotional wellbeing, we could also teach common therapy techniques and what to do if you, a family member or a friend were in mental health crisis.
3.    Change the terminology we use to talk about men’s health.
Men are often told ‘man up’, ‘stop crying like a girl’ or ‘grow a pair’ when they are upset or feeling down.
These phrases are toxic and can lead to men viewing any expression of emotion as a sign of weakness.  Toxic phrases can lead men to internalise their emotions and not talk about how they are feeling.  I can’t help but wonder how many men that took their own life did so because felt they couldn’t reach out for support because they were ‘manning up’.
4.    Better representation of mental health in the media
When I was growing up, men with mental health problems on television and in film were often depicted as being dangerous criminals.  More recently, the media has made more of an effort to showcase men living with mental health problems in a more realistic light but there is still a lot more they can do.
In 2017, Mind carried out a public opinion poll on mental health storylines in the media. Sixty per cent of people said that watching a soap or drama featuring a character with a mental health problem had increased their understanding. If people don’t have first-hand experience of an issue, they will gain understanding of it from what they see in the media.  I believe that the media therefore has a moral obligation to showcase a range of men, from various backgrounds, living with and managing their mental health issues.
5.    Mandatory mental health first aiders
Almost all places of employment will have trained first aiders should an employee injure themselves or become ill.
It would be wonderful if it became mandatory for all places of employment to have mental health first aiders who were trained to spot the triggers and signs of mental illness and understand how to help people who are ill or in crisis.
Over the course of my career, I have represented the families of men who have taken their own lives following failures in their mental health treatment.  A common theme amongst all these very sad cases is that the outcome could have almost always been avoided had mental health services been better resourced and adequately funded.
Whilst my five suggestions would be a big step in helping break the stigma of men speaking up about their mental health, ultimately, what is needed in the UK is adequate mental health funding to ensure that the system is safe and able to address the individual needs of patients.
I am a healthcare solicitor at Leigh Day with a particular interest in men’s health issues.  If you or a loved one has suffered as a result of a delayed mental health diagnosis, then please contact me directly on alamb@leighday.co.uk or 0203 780 0431 for a chat.  I will listen to your story and, if appropriate, investigate whether there were mistakes or failures in the care you or your loved one received.
If you are suffering with your mental health, please contact the NHS on 111 or contact the Samaritans who you can speak to for free 24/7 on 116 123 or the Shout Crisis text line which is a free 24/7 text service on 85258.
The Movember website also lists several mental health support services.
Profile 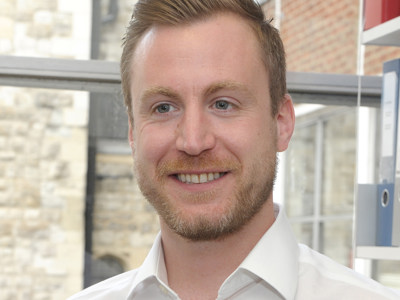 Adam Lamb is a solicitor in the medical negligence department.

Throughout November the clinical negligence team shine a light on men’s health matters in a series of blogs covering mental health, covid-19, spinal injuries, and men’s health in the much-neglected traveller community.