The case concerned allegations that EY had covered up the adverse findings of a sustainability audit into the Dubai Gold trade, including evidence of money laundering and conflict minerals, causing the partner in charge of the audit, Mr Rihan, to resign. After a trial, Mr Justice Kerr ruled in April 2020 in favour of Mr Rihan and awarded him substantial compensation. In doing so the court found that senior EY global executives had consistently acted in breach of the relevant professional and ethical standards when dealing with Mr Rihan’s concerns.

The judgment represents the first time that UK-based governing entities and service companies within a multinational professional services firm have been held liable for breaching ethical standards with regard to an audit conducted by an overseas member of a corporate network or group.

Given that EY has now abandoned its appeal, the High Court judgment of Mr Justice Kerr is upheld, with significant legal ramifications particularly for professional organisations providing services overseas.

Summary of the facts of Rihan

In 2013 EY was engaged to conduct an ‘assurance’ audit on the Dubai-based gold refiner, Kaloti Jewellery International (the Audit). The purpose of the Audit was for EY to provide an independent written view on Kaloti’s business and gold sourcing practices, which would enable Kaloti to receive accreditation from international gold industry regulators, including the Dubai Multi Commodities Centre (DMCC) and the London Bullion Market Association (LBMA).

During the course of the Audit Mr Rihan became aware of the following serious irregularities, amongst others:

These facts gave rise to a reasonable suspicion that Kaloti was engaged in money laundering.
When Mr Rihan informed the DMCC and Kaloti about the findings, he was pressured by Kaloti and the DMCC to conduct the reporting in a way that would avoid the Moroccan gold and cash transactions issues.

Mr Rihan resisted this and the matter was escalated to senior EY global executives acting on behalf of the UK-based EY defendants. However, instead of supporting Mr Rihan, EY’s senior executives made and developed proposals which amounted to collusion with the DMCC’s agenda of protecting Kaloti from the publication of the damaging audit findings.

The steps that EY took to obscure the reality of the audit findings included, amongst others:

When Mr Rihan refused to co-operate with EY’s strategy, he was subjected to improper pressure and intimidation, threatened with adverse career consequences and accused of lacking professionalism.

Fearing for his family’s safety, Mr Rihan eventually fled Dubai for the UK. He subsequently resigned and put the findings into the public domain. The individuals behind the company which supplied the silver-coated Moroccan gold were later convicted on charges related to money laundering and drug trafficking in a French court in 2017.

Mr Rihan’s claim was advanced in tort, primarily in the tort of negligence. The High Court found that, on the facts of Mr Rihan’s case, the EY defendants owed Mr Rihan a legal duty to take reasonable steps to prevent him suffering loss of earnings by reason of the defendants’ failure to perform the Kaloti audit in an ethical and professional manner (The Audit Duty).

The court recognised that the Audit Duty was a novel duty of care, but it nonetheless established the duty by applying the three-fold test laid down in Caparo v Dickman, namely: (i) was the damage foreseeable? (ii) was there a sufficient relationship of proximity between the claimant and the defendants? (iii) was it fair, just and reasonable to impose the duty?

(2) Proximity. The court found that the claimant dealt with the relevant individuals at a global level to a major extent and, that after the issue was escalated, responsibility for the strategy and approach in respect of the Kaloti audit lay with the defendants. Accordingly, the court found that the requirement of proximity was met in this case with respect to the Kaloti audit.

The court held that the defendants had committed a series of breaches of their professional duties of integrity, objectivity and professional behaviour in their conduct of the Audit, which amounted to breaches of the Audit Duty owed to Mr Rihan. The court found that the defendants lost their ‘moral compass’ and had embroiled the claimant in seriously improper conduct. Further, the court concluded that the defendants’ breaches had caused Mr Rihan’s economic losses, which included past and future loss of income arising from his inability to earn any significant income after blowing the whistle in early 2014.

The court’s findings regarding the existence of the Audit Duty and the breach of the same represent an important development in the law applicable to organisations providing professional services overseas. In particular, the court’s judgment has advanced the law in this area in the following respects:

Application of parent company liability principles in the context of professional services:
The court’s decision in Rihan dovetails with the very recent developments in the law applicable to UK parent companies in respect of the activities of their subsidiaries. In particular, it applies the principles expounded in the recent Supreme Court judgments in Lungowe v Vedanta (Lungowe and others v Vedanta Resources plc and another company [2020] All ER (D) 64 (Apr)) and Okpabi v Shell (Okpabi v Royal Dutch Shell plc [2017] EWHC 89 (TCC)) regarding the circumstances in which a duty of care can arise as against a parent company in relation to the activities of its subsidiaries. This is a fact-sensitive evaluation which will depend on the specific circumstances and role of the parent company in the individual case. When considering this question, the court cannot rely on presumptions based on the way a multinational enterprise is structured. Instead, it must examine the relationship between the claimant and defendant in each individual case, applying ordinary principles, to determine whether a duty of care arises.

While Vedanta and Okpabi concerned traditional parent-subsidiary relationships, the court in Rihan found that there was nothing to preclude liability arising within a different type of multinational corporate structure and in a different factual context (the Vedanta and Okpabi claims involved alleged environmental damage and personal injury), provided that the requisite relationship of proximity was shown to be present on the facts. The court in Rihan found that proximity was established based on the extensive interactions between the claimant and representatives of the defendants and the control that the defendants exercised over the approach to the Kaloti audit.

Further, the court found that liability could arise even in claims for pure economic loss such as Mr Rihan’s. While the courts are traditionally slower to impose liability in tort in pure economic loss cases, the court found that this case ‘should be identified as falling within a small class of exceptional cases where an employee, former employee or former quasi-employee is protected against financial loss at the end of employment or quasi-employment’. This represents a significant evolution of the developing case law on parent company liability.

By way of the Audit Duty, the court created, in certain circumstances, a new duty on UK companies to ensure that individuals working in their overseas operations are not embroiled in unethical conduct, provided the requirement of proximity is met and the factual situation falls outside the scope of the UK statutory employment regime. In the case of Mr Rihan, the statutory regime did not apply to him because he ordinarily worked outside of the UK.
Accordingly, whistleblowers working in UK multinational organisations may be able to obtain substantial compensation even where they fall outside of the scope of the Employment Rights Act 1996.

This duty represents an important and welcome development in the law applicable to overseas workers within UK-headquartered multinational enterprises. As Lord Bridge commented in Vedanta, multinational enterprises can take many forms, some more centralised than others. Where multinational organisations are structured in such a way as to permit the intervention of a UK domiciled parent or governing entity in the management of the affairs of overseas operations, then it is right that the UK entity should be liable to overseas workers where it embroils them in unethical conduct which causes financial loss.

The High Court in Rihan dismissed the defendants’ contention that there is ‘no higher authority than the DMCC’. A professional services provider cannot comply unthinkingly with the directives of a foreign regulator without considering whether to do so would conflict with its own professional conduct duties.

This is an important legal development, which seeks to ensure that overseas workers do not suffer harm as a result of UK professional services organisations’ participation or acquiescence in unethical or corrupt practices overseas, including where such practices are directed or promoted by a local government entity or regulator. As stated by Mr Justice Kerr in Rihan, ‘an audit may be “ethical” by the standards of the country where it is carried out, but unethical by the standards of the IFAC Code and the Law of England and Wales’.

A version of this article was first published in New Law Journal. 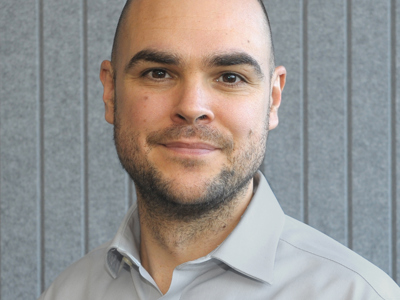 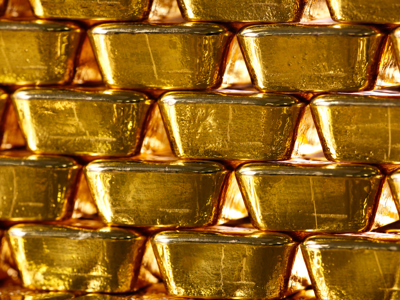