The All Party Parliamentary Group on Endometriosis: Report October 2020

Stephen Clarkson and Claire Powell discuss the All Party Parliamentary Group (APPG) report into the outcomes of its inquiry into endometriosis, published today, 19 October, 2020.

Created in 2018, the APPG’s purpose is to raise awareness of endometriosis and investigate how the 1.5 million women in the UK affected by this debilitating disease can receive the support they need.

Endometriosis is a condition where the cells which line a woman’s uterus grow in other parts of the body, such as the ovaries and the fallopian tubes.

These cells (or tissue) react the same way as those in the uterus during the menstrual cycle – breaking down, and bleeding. However, unlike in the uterus – where the tissue can leave the body during a period – there is nowhere for the cells to go, so they stay in the body causing inflammation, pain, and can form scar tissue.

The symptoms of endometriosis can include pelvic pain, nausea, diarrhoea, constipation, painful bowel movements, pain when urinating, pain during or after intercourse, heavy and painful periods, fatigue and difficulty getting pregnant. Many women also experience feelings of isolation, anxiety and depression as a result of their condition.

There is no cure for endometriosis, but there are treatments which can relieve some of the worst symptoms and aim to prevent the most serious consequences of the disease, like infertility. These include pain management, hormone medication (including contraceptives) and surgery.

Early diagnosis and proper management of endometriosis are key.  However, neither of these is a guarantee.

For a disease that affects one in 10 women in the UK, understanding and public awareness are shockingly low. It takes an average of eight years for a woman to be diagnosed, despite endometriosis being the second most common gynaecological condition in the UK.

The only way to be certain of an endometriosis diagnosis is by performing a laparoscopy (keyhole surgery where a surgeon looks with a camera to see whether there are any patches of endometriosis tissue outside the uterus).

The underfunding of women’s health, a lack of understanding of the causes and treatment of endometriosis and failure of healthcare professionals to address patients’ concerns are just a few of the reasons why so many women are living with debilitating symptoms in 2020.

But what is being done to change this, and what improvements can be made?

Formation of the APPG on endometriosis

The APPG’s inquiry into endometriosis was announced in 2019, with support from Endometriosis UK. It was the result of work by charities and campaigners (like Endometriosis UK) and followed high-profile research from the BBC who surveyed more than 13,500 women living with the disease.

The BBC research detailed the devastating effects of endometriosis and highlighted just how many women were suffering. The Government announced an inquiry, and the APPG surveyed patients, experts and healthcare professionals with the aim of better understanding how endometriosis is experienced and treated, and how this can be improved.

The responses that the inquiry received from the 10,783 endometriosis sufferers made for some harrowing statistics which not only highlighted the current failings of the UK healthcare system in diagnosing and supporting endometriosis sufferers, but also the lack of progress that has been made in this regard over the last decade.

The eight years on average it takes to receive a diagnosis is a shocking delay given the debilitating impact that endometriosis can have.  This is further compounded by the fact that the length of this delay has not improved in the past 10 years.

A common theme amongst those responding to the inquiry was a failure for clinicians to act upon symptoms despite multiple attempts by patients at reaching out for help.  Fifty-eight per cent of sufferers visited their GP more than 10 times with symptoms before finally getting a diagnosis, and 43 per cent visited doctors in hospital more than five times before being diagnosed.  For 53 per cent of sufferers, things got so bad that they attended A&E about their symptoms.

The effect that endometriosis can have on a person is not just limited to its physical impact.  81 per cent of respondents said that their endometriosis had impacted their mental health either negatively or very negatively.  This is hardly surprising considering the impact that endometriosis can have on a sufferer’s career, relationships, education and social life.  Ninety per cent of those responding to the inquiry said that they would have liked access to psychological support, but were not offered this.

Endometriosis can double the risk of infertility in the under 35s, and yet 58 per cent of those with the disease would have liked fertility support and treatment but were not offered it.

Children are missing out on their education because of this disease, with 42 per cent saying that they had time off school either often or very often because of their symptoms, and 12 per cent missing exams as a result.  Meanwhile endometriosis had impacted the earnings potential for 35 per cent of sufferers who reported a reduced income due to their symptoms.

The APPG has made several recommendations to help with securing faster diagnoses, better access to treatment and better education, and they are calling on all UK governments to implement these changes.

First of all is a call for a commitment to reducing the average time for a diagnosis to be four years or less by 2025, and one year or less by 2030.  To assist in achieving this the APPG request that the current clinical guidelines for endometriosis treatment and management (published in 2017) be implemented across the UK.  The Group is also calling for further guidelines which cover the 10 per cent of sufferers with endometriosis outside the pelvic cavity.

The Group requests a commitment from all four UK nations to make menstrual wellbeing a mandatory part of the school curriculum, to assist young persons to recognise what isn’t normal and when and where to seek help.  Although such menstrual education is compulsory in England from this year, the same cannot be said for the rest of the UK.

In terms of research and investigations, the Group requests investment in research that will help to identify the cause of this disease, as well as identifying better diagnostic techniques, improved treatment and management options, and hopefully a cure.  It is also necessary to investigate the barriers faced by the LGBTQ+ and BAME communities in accessing a diagnosis and treatment, with some respondents commenting on cultural barriers to discussing their menstrual health and getting the help that they need.

The APPG inquiry report has shone a spotlight on the deficiencies of the current UK healthcare system for the 1.5 million people suffering with this devastating disease.  It remains to be seen what action the UK governments will take, but what has been made crystal clear from this report (and what has been crystal clear for many years to those suffering with endometriosis) is that the current system is failing, sufferers’ concerns are repeatedly not being listened to, and there is insufficient education to assist those sufferers to know what to do and where to go about their symptoms.

If action is taken now, then a diagnosis within 12 months by 2030 is a very real possibility, and the endometriosis sufferers of the future will be able to get a timely diagnosis, swift treatment, suitable fertility support and comprehensive mental health support, whilst feeling educated, empowered and open to talking about their symptoms.

How can I get help?

Endometriosis UK have a free confidential helpline and have published leaflets and factsheets online.  They also offer an online forum called HealthUnlocked as well as over 40 support groups across the UK and online.

Leigh Day’s experts in healthcare law are able to help women who have suffered complications and life-changing consequences from delayed diagnoses of endometriosis.  Stephen Jones, a partner in Leigh Day’s healthcare law team, recently secured a £500,000 settlement for his client, Fran Bell, after her 15-year struggle to receive a diagnosis.

Contact a member of our team today to find out more. 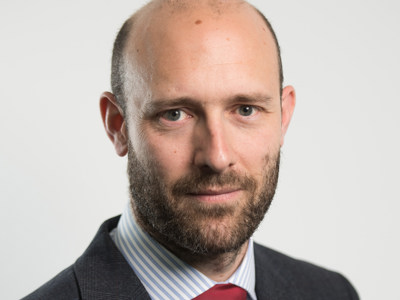 Stephen Clarkson is a solicitor in the medical negligence department.