In the UK we tend to take access to safe water for granted. Even in England however, according to reports earlier this week, within 25 years the point will come where the demand for water from the country’s rising population will surpass the falling supply as a result of climate change.

And today, billions of people around the world are still living without access to safe water. Yet water is vital for human survival and virtually every part of the human body needs it to thrive – humans are made up of up to 60% H2O. According to UN-Water “access to water underpins public health and is therefore critical to sustainable development and a stable and prosperous world”.

In terms of the applicable international legal framework, the right to water has only come to more prominence recently. For instance, in the post-second world war period, the drafters of UN International Covenant on Economic, Social and Cultural Rights (ICESCR) made no explicit reference to a right to water.

However, over the last 20 years the law has gone some way towards catching up and in 2010, the UN recognized “the right to safe and clean drinking water and sanitation as a human right that is essential for the full enjoyment of life and all human rights”.

Business also has a responsibility to respect the human right to water. According to the 2011 United Nations Guiding Principles on Business and Human Rights, corporations “should avoid infringing on the human rights of others and should address adverse human rights impacts with which they are involved”.

However in our work at Leigh Day we see time and time again that this principle is more honoured in the breach than in the observance, particularly by multi-national corporations (MNCs) in the resource extraction sector.

For World Water Day 2019, UN-Water has chosen the theme “Leaving no one behind” which flows from the target enshrined in UN Sustainable Development Goal 6 to “ensure availability and sustainable management of water for all by 2030”. Very often, as a result of the fact that MNCs’ operations are in isolated areas of the world, marginalized groups, including indigenous peoples at whom Sustainable Development Goal 6 is targeted, are disproportionately affected. For instance:

Only this year, in addition to the horrifying immediate impacts of the Brumadinho dam disaster, there are reports the mineral-laced sludge from the tailings dam has contaminated rivers for miles around which will have a huge impact on communities relying on those water sources for drinking and bathing.

Part of the problem is the lack of a robust legal framework to ensure MNC’s' respect for human rights and the obstacles to bringing legal claims in the Court.

Clearly then, although there is a huge role for states in ensuring full enjoyment of the right to water by 2030, and for the international community in bolstering the applicable legal framework, the private sector itself, and particularly MNCs, need to raise the bar in terms of ensuring their operations do not have adverse impacts on local water supplies, if there is any hope of making sure no one is left behind in the enjoyment of this vital resource. 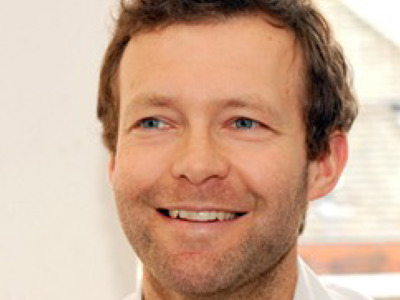 Benjamin Croft is a partner in the international department.