Suzanne White and Matthew Westlake discuss their recent successful appeal of the decision by the Senior Courts Costs Office regarding Part 36 offers.

Leigh Day represented the Claimant in a clinical negligence claim against Warrington & Halton Hospitals NHS Foundation Trust. Work commenced on behalf of the Claimant in 2006 and proceedings were issued in June 2015 following a thorough investigation. A settlement was subsequently agreed between the parties and approved by the court in March 2017. The terms of settlement were a lump sum award of £2,500,000 (which in fact increased to £2,800,000 as a result of the enduring discount rate) and periodical payments for care and case management of £260,000 per annum to age 19, and thereafter £312,000 for life. In addition, the Claimant’s costs of the action were to be paid by the Trust, to be assessed if not agreed.

Decision of the SCCO

However, Master McCloud did not agree. In summary, Master McCloud in her Judgment dated 20 December 2018 decided then under CPR r.36.17(4) the consequences of beating a Part 36 are ‘severable’ [CI1] and each should be assessed against the test of unjustness. The following were applied:

The Master concluded “In all the circumstances in my judgment the ‘bonus’ of 10% in this case would be a clearly disproportionate sum and it would be unjust to award it.

The Claimant appealed the decision on grounds that the Master had erred in principle.

On appeal before Mr Justice Stewart in the High Court, it was decided:

In reaching this conclusion, Mr Justice Stewart considered all three of the ‘significant’ factors cited in Master McCloud’s judgment, and observed as follows:

It is not open to the court to take into account in the exercise of discretion the amount by which a Part 36 Offer has been beaten. The wording in CPR r.36.17(2) is clear on this (“...better in money terms by any amount, however small, and “at least as advantageous” shall be construed accordingly”).

The fact that the bill was reduced by some 30% was not unusual and was not sufficient reason to find that it would be unjust to make the additional award under sub paragraph (4)(d). In addition, arguments as to the lack of disclosure in costs cases generally (in comparison to damages cases), and the lateness of the offer in this particular case, were also deemed unmeritorious. Had it been intended that the rules were to apply differently to costs cases they would have been explicit on this, and the lateness of the offer in this case only served to place the Respondent in a more advantageous position to assess the offer, having already received disclosure of the Bill of Costs and Replies by this stage.

The additional award should not be characterised as a ‘bonus’. It is not meant to be compensatory. Rather, there is an intended penal element to it where the Claimant has made an adequate offer. Any perceived injustice based on the prescribed amount of the award would be an impermissible basis to form such a view.

In his concluding remarks, Mr Justice Stewart stressed that there was nothing unusual in the circumstances of this case so that the high threshold of proving injustice could be properly regarded as met. In his view to consider otherwise would be a serious disincentive to encouraging good practice and incentivising parties to make and accept appropriate offers.

As a side, and strictly obiter, Mr Justice Stewart provided comment on the suggestion that it would be open to the court to make an award under CPR r.36.17(4)(d) less than the prescribed sum. On this he said “...if I had to, I would find that the 10% in subparagraph (d) is all or nothing. It must be awarded in full unless it is unjust to do so.”

This was an important decision in the context of Part 36 offers, and one we felt needed to be challenged due to the potential widespread implications for litigants and practitioners alike.

In his report, Jackson LJ advocated amendments to the Part 36 regime to remove any unwelcome degree of uncertainty which would act to depress the level of settlements.  The decision at first instance would have reintroduces this uncertainty into the regime, and in so doing would have diluted the impact of Part 36 offers throughout litigation. It would have also opened the door to a significant amount of satellite litigation.

Mr Justice Stewart’s decision provides clarity on the issue and reinforces the importance of Part 36 as a powerful weapon in a litigant’s armoury. 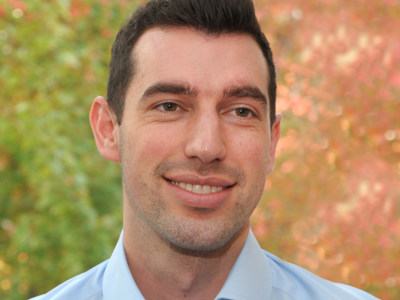 Matthew Westlake is an associate solicitor in the medical negligence department.