Leigh Day has submitted its response to the Government’s consultation on its proposal to replace the Human Rights Act 1998 with a ‘British Bill of Rights’.

Since the Human Rights Act 1998 came into force individuals have been able to bring cases alleging infringements of their human rights in the courts of this country, rather than having to go to the European Court of Human Rights in Strasbourg.

This has allowed cases to be dealt with more quickly, at lower cost and in a way which takes account of the UK context and traditions.

The robust dialogue which has developed between the UK courts and Strasbourg has allowed the UK to have a significant voice in the development of human rights law.

All these benefits are now at serious risk as a result of the Government’s proposals.

“Human rights apply to all of us equally, however inconvenient that may be for a government. Once we allow the Government to start deciding who is and who is not worthy of human rights protection, we are not just at risk of falling down a slippery slope, we are already at the bottom of it.

"The Government’s consultation is striking in its lack of evidence-based reasoning, rather it appears to be a jumble of unfounded grievances. The focus appears not to be on whether the Act is working as Parliament intended, or whether it could work better, but rather an aversion to being challenged at all.

"The Government’s proposals would decimate human rights protection in this country and would not even achieve its stated aims. The proposals would result in more individuals having to resort to the European Court of Human Rights whilst significantly undermining our country’s influence there. There is a real risk of the government cutting its nose off to spite its face.

"We hope the Government will take this opportunity to engage in good faith with our response, as we have engaged in good faith with their consultation, and abandon its plans which will gravely undermine the values of fairness, justice and equality which underpin our society.”

The full consultation response can be found here. 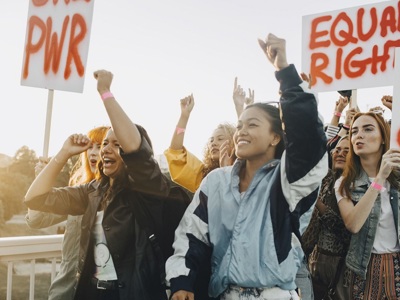 Most of us are familiar with the term 'Human Rights' but might not know with what it really means, and how it affects our everyday lives.