A blind self-employed worker is challenging the Department of Work and Pensions over its continuing failure to communicate with him in a format that he can access.

Dr Yusuf Ali Osman has applied for judicial review of Secretary of State, Therese Coffey’s, means of communicating with blind and visually impaired benefits claimants, claiming she has not met her legal obligations to correspond about his disability and employment benefits in a way that is accessible for him.

Dr Osman, aged 42 years old, of Croydon, claims Employment Support Allowance (ESA) and Personal Independence Payments (PIP). He receives annual letters from the DWP about these benefits and, because he does a small amount of work as an access consultant, more regular correspondence about the rules that govern how much he is permitted to work. Dr Osman has asked the DWP to correspond with him either by email or by Braille, but instead they frequently use printed hard copy letters or scanned PDFs attached to email, which are not accessible. 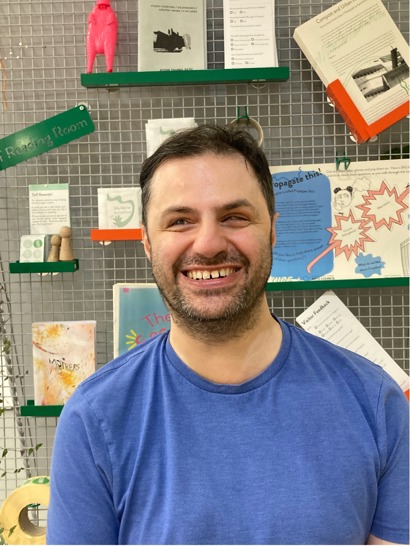 A widely recognised and standard means of sending accessible digital correspondence is to either send the communication in the body of an email, or attach it as either a Word document or as a PDF with selectable text. If the PDF does not contain selectable text, it cannot be accessed by Screenreaders which blind and visually impaired people rely on to read out the text of a document. Instead, the DWP has sent Dr Osman documents that they have scanned in and attached to an email. These PDFs are not compatible with Screenreaders and are therefore inaccessible.
Dr Osman also sometimes receives letters in Braille, but these are commonly significantly delayed meaning he is at risk of missing important deadlines.
The DWP’s continued use of print letters, inaccessible PDFs and Braille letters that are sent out many weeks after the letters are written, means that Dr Osman has missed vital communications and deadlines.
His claim comes three years after the Atherton ruling when a judge considered that the DWP’s failure to provide email was a breach of its duty to make reasonable adjustments in its means of corresponding with Mr Atherton at the time he lodged his claim. Changes the Department made to address Mr Atherton’s specific difficulties (a “workaround”) meant it was no longer in breach by the time of the judgment, however, the judge went on to observe that Mr Atherton’s scepticism about the Department’s commitment to complying with its statutory duties may prove to be well-founded.
Now Dr Osman, represented by Leigh Day solicitor Kate Egerton, and supported in his claim by RNIB, says the continuing failure to remedy the problems at a systemic level is indefensible.
His grounds for judicial review are:
RNIB says that Dr Osman’s experience of inaccessible correspondence from the DWP is not uncommon and that time and again they receive complaints on this issue. It says the DWP’s continuing failure to make improvements has serious consequences for blind and partially sighted people, including their benefits being stopped and penalties being imposed.
RNIB legal adviser Samantha Fothergill said:
“In our view, the systems and processes being operated by the DWP to secure the provision of accessible information to blind and partially sighted people are simply not fit for purpose. Time and again we receive complaints from blind and partially sighted individuals which show that lessons from the past decade have not been learned and that the Department continues to fail to meet its legal obligations.”
Dr Osman said:
“It has been a nightmare trying to get the DWP to communicate with me in a way that I can actually read and understand. I have tried asking on the telephone and in written letters but the problems have continued which is why I have now resorted to legal action. The consequences of not knowing, or not understanding the DWP’s rules can be significant – ultimately the loss of benefits – which are my means of survival.
Leigh Day solicitor Kate Egerton said:
“It is unacceptable that a central government department, with the resources it has, is unable to routinely send out correspondence to blind and visually impaired people in a format they can access. Disabled people are disproportionately represented amongst those who receive benefits, and the DWP needs to start meeting its legal obligations to provide correspondence in line with their communication needs. It is something so basic and an issue that has been raised with them over the course of at least a decade – disabled people shouldn’t have to put up with this any longer.”
Profile
Court of Protection

A visually impaired woman who won a court ruling that there should be better provisions for blind voters at polling stations now plans to fight on with her claim that improvements should have been put in place in time for the 2019 General Election.