A visually impaired woman who won a court ruling that there should be better provisions for blind voters at polling stations now plans to fight on with her claim that improvements should have been put in place in time for the 2019 General Election.

Rachael Andrews was successful in her judicial review in May 2019 when a judge ruled that current arrangements for blind and partially sighted voters were unlawful and “a parody of the electoral process”.

However, no changes were put in place in time for the General Election later that year and Rachael applied for a second judicial review, claiming that the unaltered arrangements at polling stations for the blind and visually impaired were unlawful, and a breach of her human rights, because she could not vote independently and in secret.

The same judge who handed down judgment in her first case in May 2019, Mr Justice Swift, dismissed Rachael’s claim that the arrangements in place in December 2019 were unlawful, and she has now sought permission to appeal against the ruling. In her appeal, Rachael argues that the failure to put more extensive measures in place for blind voters in the December 2019 General Election breached her right to vote in free elections without discrimination, under Article 14 read with Articles 3 of Protocol 1 ECHR.

Again, at the 2019 General Election, Rachael and other blind and visually impaired voters had to use a Tactile Voting Device (TVD), a sheet of transparent plastic which fits on top of the ballot paper and has a number of flaps that correspond to the various places on the ballot paper where voters are able to mark an ‘X’ next to candidates’ names.  Rachael still needed help from the Presiding Officer to read the names of the candidates and the order in which they appeared on the ballot paper. 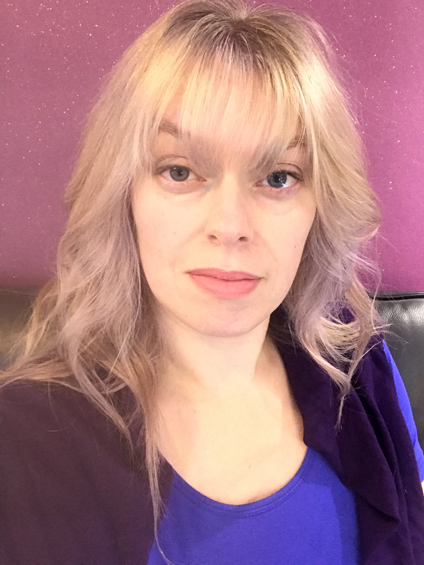 Mr Justice Swift said in his judgment that he shared Rachael’s “disappointment that by the time of the December 2019 General Election no progress had been made to replace the TVD or supplement it with a device better suited to permit blind and partially sighted persons to vote without assistance”.

He added: “I sincerely hope that, as and when the pandemic recedes, this work will be completed promptly and  . . . will be completed in time to allow the audio device to be used at the May 2022 local elections.”

“There was no pandemic to slow down the introduction of changes for the benefit of voters like me during 2019. I see no reason why the changes could not have been introduced by the time of the December 2019 General Election, after Mr Justice Swift had ruled so categorically that the TVD measures were unlawful.

“I am disappointed that the judge did not agree that the failure to put the changes in place was also unlawful, but I am hopeful that the appeal judges will see things differently.”

“The Court was clear that it was disappointed that the Government had not done more to put in place arrangements that would have allowed Rachael, and other blind and visually impaired voters, to vote without assistance in the 2019 General Election. However, we do not agree with the Court that that it was not discriminatory under human rights legislation to have failed to put in place further arrangements, in addition to the limited provision that already exists, that would have truly allowed Rachael to vote without assistance.

“Rachael’s human rights arguments are particularly important in light of the Government’s current plans in the Elections Bill to get rid of the requirement for Returning Officers to provide a particular device to allow blind and partially sighted voters to vote with without assistance. The current draft of the Bill would leave the assessment of what might be reasonable to provide to blind and partially sighted voters to each individual Returning Officer.

“We therefore consider that it is now more important than ever to establish that the government has a duty under the European Convention on Human Rights to ensure blind and partially sighted voters can vote independently and in secret on an equal basis to everyone else.”

“Rachael’s win in 2019 clearly established that current provisions to enable an independent vote for blind and partially sighted people did not comply with the law. RNIB subsequently worked with the Cabinet Office to come up with ways to meet the current legal requirement for a ‘vote without any assistance’. It is disappointing that the Government did not take the necessary steps to ensure that arrangements were in place for the General Election later that year.

A second judicial review hearing in respect of the voting provisions for blind and partially sighted people, brought by Rachael Andrews, will be heard in the High Court on Tuesday 15 and Wednesday 16 June 2021.