A man who is campaigning against the Government's plan to require voter ID at polling stations has been given permission to take his legal claim to the Supreme Court.

Neil Coughlan, 67, of Witham, Essex, argues that voter ID pilot schemes run in 10 local authority areas in May, 2019 were unlawful and is fighting the rollout of the requirement for voters to prove their identity when they present at polling stations to cast their vote.

In November 2018 the Cabinet Office announced that local authorities, including Braintree District Council, would be taking part in Voter ID pilots for the 2019 local elections but Mr Coughlan believes that in doing so, the Minister for the Cabinet Office went beyond powers conferred on him by Parliament.

The pilots under scrutiny are the precursor to and will form the evidence base for the Government's wider plans to introduce voter ID in all elections and the case raises issues of fundamental constitutional importance.

During the voter ID pilots conducted, people who were unable to produce the prescribed documents were denied their vote. The Electoral Commission's evaluation of the pilots suggests that in total hundreds of voters were turned away and that a disproportionate number of those denied the vote were BAME voters.

The Government wishes to introduce voter ID to prevent voter impersonation in polling stations (when someone is pretending to be somebody else in order to cast one fake vote). However, the evidence suggests that this kind of fraud is rare and in 2017 there were only 28 allegations of impersonation out of nearly 45 million votes cast. This reflects one case for every 1.6 million votes cast. Of those 28 allegations, just one case resulted in a conviction.

Neil’s case was rejected by judges at the Court of Appeal in April, 2020 although it was admitted that arguments were ‘finely balanced’ but now his application to have his case heard at the Supreme Court has been successful.

Represented by Leigh Day Neil Coughlan will argue that the Court of Appeal was wrong to dismiss his case on the basis that:

Mr Coughlan has launched a fundraising campaign for the case via CrowdJustice.

“My case has been rejected by the High Court and the Court of Appeal but I am hopeful that the Supreme Court judges will agree that when hundreds of individuals were denied their vote in the 2019 local elections because of voter ID pilots, that should have been only as a result of an Act of Parliament following proper scrutiny.

“Requiring individuals to produce identity documents is going to deprive legitimate members of the electorate of the vote and I believe it will disproportionately affect the poor and marginalised members of our society.”

“The introduction of Voter ID would be a step backwards for British democracy – it is only right that the highest court in the land deliberates this unprecedented change.

“Voting is a fundamental democratic right, not a privilege for those with the right form of photo ID.

“The range of different civil rights and charity groups supporting this case is testament to the widespread impact this policy will have of suppressing voters across all sections of society.”

“The Government is now proposing to introduce Voter ID requirements across all elections and will seek to rely on evidence from these pilot schemes to support its case. However, our client argues that the pilots themselves were unlawful. He hopes this appeal will help shine a light on how requiring voters to produce ID will exclude those at the margins of society whom our democratic institutions need to work the hardest to engage.” 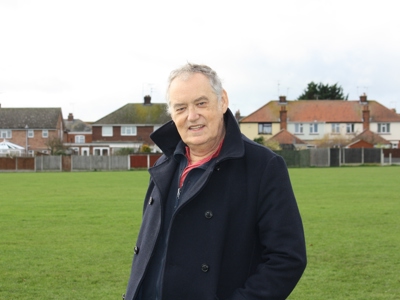 Essex man Neil Coughlan is continuing his legal campaign against the Government's pilot schemes to require voter ID at the polling station. His case will be heard by three senior judges at the Court of Appeal on Thursday, April 23 by video link.