Pre-inquest reviews into the death of Molly Russell

Pre-inquest review hearings into the death of schoolgirl Molly Russell have been told about her significant use of social media and the potential harm it caused her.

The coroner has raised concerns about delays in progressing to a final hearing and said every day there is a potential risk to those exposed to the material still.

Molly, from Harrow in London, viewed material linked to anxiety, depression, self-harm and suicide before ending her life in November 2017 when she was aged 14.

He also asked for a mental health professional with expertise in the potential impacts of viewing extreme material to be appointed to give evidence to the inquest.

A hearing on 26 September, 2020 was told that the inquest into Molly’s death will look at how algorithms used by social media giants to keep users on the platform and which promoted images may have contributed to her death.

He said certain parts of the material had been redacted and that Facebook Instagram had refused to provide further information.

Five months later, at a second pre-inquest review held this week, the Coroner was told that Molly engaged with tens of thousands of social media posts in the six months before she died, including content which “raised concerns”.

Mr Sanders said the information provided by Facebook presented two issues – accessing the data provided in “enormous” spreadsheets which included links to either private or deactivated profiles, and redacted content provided by the company.

Mr Sanders said in the last six months of her life, Molly tweeted or retweeted 460 times. Some of those messages raise concerns.”

She was a much more active user of Pinterest, with more than 15,000 engagements,
Press Association reported Mr Walker saying: “What does trouble me is this matter does need to move on. Every day the inquest is delayed presents a potential risk to others exposed to this material.”

“Our client welcomes the Senior Coroner’s recognition that Molly’s inquest should if possible be heard as soon as reasonable possible and in particular his recognition of the potential harm being caused to other children being currently exposed to similar depressing and graphic material that Molly was.”

The family of Molly Russell has welcomed the government's Online Harms White Paper launched today but warned that the proposed independent regulator must be given sufficient powers to be effective at making the internet a safer place for young people.

The family of Molly Russell have been granted legal aid following an appeal of the initial decision by the Legal Aid Agency (LAA) to refuse to fund their legal costs.

The family of Molly Russell are appealing the decision by the Legal Aid Agency (LAA) which has refused to fund legal representation at her inquest based on the grounds it “is not of wider public interest”. 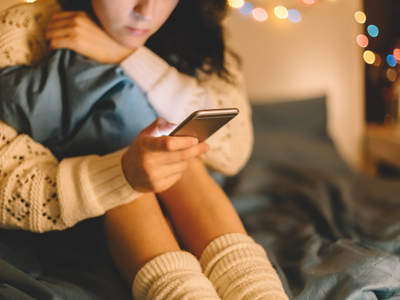 The family of 14-year-old Molly Russell has called for great protection for young people using social media platforms and has welcomed new plans announced by the government.