Leigh Day has pledged to work with 12 other law firms to support a new campaign, #ActionMeso, which aims to raise awareness of the dangers of asbestos and the cancer called mesothelioma, which is caused by exposure to asbestos.

The UK has the world’s highest incidence of mesothelioma with around 2,700 people each year being diagnosed, often decades after exposure to asbestos.

ActionMeso brings together patients, carers, charities, support groups, healthcare professionals, law firms, and many other organisations under the same umbrella to make the public aware that asbestos remains a problem in the UK which must be addressed.

For the first time, thirteen law firms including Leigh Day have come together to support the #ActionMeso campaign by raising awareness of mesothelioma and asbestos, and helping to develop future campaigns and projects.

It is often mistakenly thought that because asbestos is banned in this country it is no longer a problem. However, it is still prevalent within many buildings, especially primary and secondary schools, colleges, and hospitals.

Harminder Bains, Partner at Leigh Day, has personal experience of the cancer mesothelioma as her own father died from the disease having been negligently exposed to asbestos whilst working for the MOD at the naval dockyard in Chatham, Kent.

She said: “Exposure to asbestos is not historical.  People are being exposed every day in the UK and around the world in many places such as hospitals, schools, banks, offices and their homes.  All asbestos is dangerous even white can cause death.  The successive Governments in the UK have so far failed to highlight the enormity of the problem, death caused by asbestos exposure exceeds death caused by many other well known cancers such as cervical cancer which is widely discussed.

"The asbestos industry is alive and kicking.  The asbestos mine owners are making billions of pounds of profit to this day and have spied on campaigners and lawyers who campaign to highlight the dangers of asbestos.

“Leigh Day will work with the other ActionMeso organisations to support the campaign by sharing and liking social media posts and campaigns, providing experience and information which we have accrued over 30 years relating to asbestos diseases, campaigns and issues nationally and internationally in an attempt to achieve ActionMeso’s aims.”

ActionMeso has planned a series of activities to raise awareness of mesothelioma and the dangers of asbestos under the hashtag #ActionMeso.

The ActionMeso awareness campaigns will lead to major events, Action Mesothelioma Days (AMD), in 2021 and 2022 that aim to capture the public’s imagination and reach a significant number of people outside of the mesothelioma community.

As a starting point ActionMeso is inviting the public to subscribe to their website where new information will be posted regularly, and to follow the campaign on social media.

The asbestos team at Leigh Day specialise in bringing claims on behalf of people who have been exposed to asbestos in many walks of life. They are experts at identifying where any exposure took place and obtaining justice for their clients. The asbestos team has represented the Asbestos Victims Support Groups Forum UK (the Forum), a charity which represents numerous individual asbestos support groups in the UK, in the Supreme Court and in numerous judicial reviews to protect the rights of victims of asbestos across the UK. 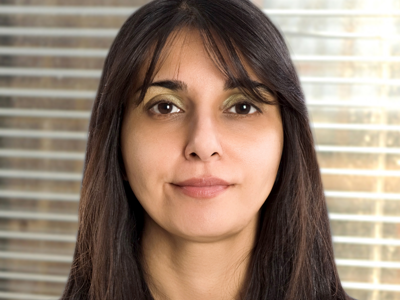 A landmark judgment by the Supreme Court rules that the Asbestos Victims Support Groups Forum UK can access court documents used in a legal case against the asbestos manufacturer Cape Intermediate Holdings Limited.