Defining ‘ecocide’: how and why should environmental destruction be criminalised?

Leigh Day will host an event on Wednesday, 17 February, 2021, to explore why there is an urgent need for a legally enforceable definition of ‘ecocide’, the current status of ‘rights of nature’, and the history of the long and numerous campaigns to have ‘ecocide’ recognised as a crime.

Defining ‘ecocide’: how and why should environmental destruction be criminalised? will be a Zoom event, chaired by Carol Day, a Consultant Solicitor in Leigh Day’s Environmental Team.

In November 2020, the Stop Ecocide Foundation convened a panel of international lawyers to draft a legally enforceable definition of ‘ecocide’.

Co-chaired by barrister and academic Professor Philippe Sands QC and Senegalese jurist Dior Fall Sow, the project aims to have the destruction of ecosystems recognised as a crime of the greatest magnitude, alongside genocide, war crimes, and crimes against humanity.

With the drafting under way, and the definition due to be publicised in early 2021, the Leigh Day event will focus on the urgent need for a legally enforceable definition of ‘ecocide’.

Carol Day, who has over 25 years of experience in the sector, and previously worked at WWF-UK, advising policy staff on a wide range of issues including biodiversity, freshwater, marine and fisheries, and forests, will be joined by:

“The notion that nature should have rights is not new but, nearly 50 years after the seminal moment a US Supreme Court judge agreed, courts around the world differ in their recognition of such rights. We are in the midst of a climate and biodiversity emergency – is it time for a new approach and what difference could the crime of ecocide make to the challenges we face?” 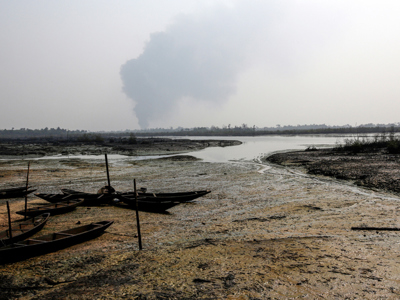