At today’s conclusion of the inquest into Philippa’s death in October, 2019, assistant coroner Gordon Clow said that Philippa, a diabetic who suffered unstable personality disorder, had taken an overdose of insulin as a result of stresses including mental health problems and a growing sense of failure.

But he said the predominant factor affecting her decision to take an overdose was the financial distress caused by the administration of welfare benefits which led to acute distress and exacerbated the other stresses.

Mr Clow will issue a prevention of future deaths report to call for the DWP to consider and address timely Mental health training for call handers, record keeping and assessment process where is need for review, that correspondence issued is accurate and does not create further stress.

Philippa, also known as Pip, died two months after the overdose following a long struggle over her Personal Independence Payment benefits claim in 2019.

Pip was found collapsed by her sister and father on 8 August, 2019, with a letter beside her from the DWP refusing her a home assessment visit over her benefits.

The inquest into her death, held remotely at Nottingham Coroners Court, was told about Pip’s immense difficulties over her benefits claim and how it impacted her in the months leading up to her death.

As a diabetic she had received Disability Living Allowance (DLA) since she was 16. In November, 2018 Pip made a claim for Personal Independence Payment (PIP) but the application form she returned to the DWP was not received. As a result, her DLA payments were cancelled in January, 2019.

Pip didn’t realise her benefits had been stopped due to her poor mental health and she later had to begin a new claim.

With no disability benefits income, Pip fell into serious poverty and debt. She already had a chaotic lifestyle and the loss of disability benefit payments sent her into a spiral of anxiety and despair. Calls to the DWP were not treated in accordance with safeguarding policy and, despite her pleas, plus representations by her trusted community psychiatric nurse, it took months for her DLA to be reinstated and she was then refused a home visit for a PIP assessment. 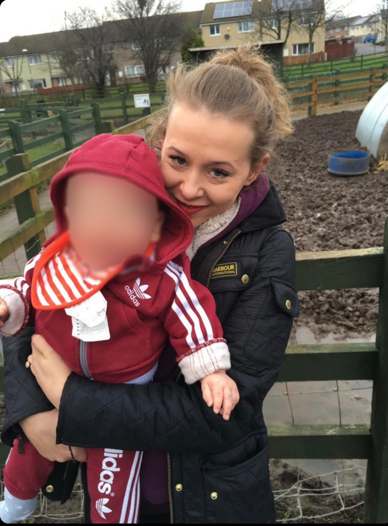 A DWP agent who took a call from Pip in June 2019 admitted she had not left a note on Pip’s file to indicate the distress that Pip had voiced. The court heard a recording of the call in which Pip said she was “literally starving and cold”, “genuinely can’t survive like this for much longer”, was “in so much debt”, “literally cannot leave the house”, and needed “a reason to live”. The agent said she had heard many claimants crying and saying similar things. She did not explain why she had not followed the DWP’s six-point plan to guide staff when claimants voiced suicidal intent.

The coroner heard that the DWP letter found beside Philippa’s following her overdose was an automatically generated piece of correspondence requiring her to attend a benefits assessment. However a call by her community psychiatric nurse to a DWP call handler had agreed that the assessment should not happen and another appointment was arranged simply to keep her place in the system. The system did not allow for the conversation to be recorded in a letter.

The Coroner has held a thorough investigation into how Pip came by her death, allowing Pip’s family the opportunity to hear from the call handlers and decision makers involved and question senior staff at the DWP and Capita about how Pip came to be so badly let down."

Merry Varney, lawyer for the family of Philippa Day

“As our family made clear in evidence given at the inquest into the death of my sister, we believe that Pip’s treatment by the DWP had a direct impact on her mental state and in the end is the reason for her death.

“She was in despair because of the depths to which she had sunk, she could see no way out of the debt and the poverty in which she was living. Pip’s poor mental health meant she was not able to handle the battle with the DWP for the reinstatement of her benefits. The stress of the conflict with the DWP made her even more ill.

“Support from her community psychiatric nurse and from her family kept her going. But the constant cold and unsympathetic wall of resistance that she met at Capita and the DWP was more than she could endure.

“The refusal of a home assessment by Capita was just too much for Pip to cope with. We believe she just couldn’t take any more.”

“The Coroner has held a thorough investigation into how Pip came by her death, allowing Pip’s family the opportunity to hear from the call handlers and decision makers involved and question senior staff at the DWP and Capita about how Pip came to be so badly let down.

“His finding of 28 failings by DWP and Capita, some of which were errors made repeatedly and which the Coroner did not feel could be considered just errors by individuals, together with his clear conclusion, leave no doubt that the DWP and Capita through its flawed handling of Pip’s disability benefits claim materially contributed to the death of a much loved mum, sister and daughter. My clients hope the changes the DWP and Capita have committed to make are done so promptly and thoroughly to protect other families.”

A pre-inquest review has been held at Nottinghamshire Coroner's Court into the death of Philippa Day.