A bereaved father is due to give evidence on Tuesday 8 September to the House of Commons Justice Committee in their inquiry on The Coroner Service.

Andy McCulloch will be joining the Director of the charity INQUEST, Deborah Coles, in calling for action from the government on the coronial system, which they say is failing in its role to prevent future deaths and ensuring bereaved families have access to justice.

Andy is the father of Colette McCulloch, who died in 2016 while in the care of Pathway House, a residential care home near Bedford. 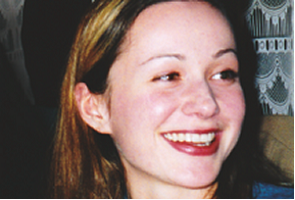 Colette, a 35-year-old woman with autism, was hit by a lorry in the early hours of the morning on 28 July 2016 while she was walking on a dual carriage way. Prior to her death Col and her parents had voiced multiple concerns about the care she was receiving and the failure to keep Col safe.

Andy and his wife Amanda attended the Coroner’s Court later that year expecting the Coroner to investigate their concerns, but despite voicing that they felt Pathway House had failed Colette, the Coroner refused to listen and stated the inquest would focus solely on the road traffic accident.

Andy and Amanda felt they had no option but to seek legal advice, and after a long battle, with judicial review being threatened and the family having to rely on crowdfunding to meet some legal fees, they finally secured a much wider scoped inquest and a replacement Coroner.

In March 2019 evidence was heard over three weeks, including from two independent experts, leading to a damning conclusion from the new Coroner who found Colette’s death had been avoidable.

“While Colette’s family ultimately did secure a full investigation into her death and recognition of the numerous failings in her care, they had to fight tirelessly against a Coroner to get this result and endure additional distress and financial burdens all in the wake of their daughter’s avoidable death. It is completely wrong that we have a coronial service where this can happen.

“Inquests are often the main, if not only, route a bereaved family have to find out the truth about their loved one’s death and seek accountability. It is a difficult and painful process to go through and the experience should never be made more challenging as a result of a flawed system.

“From the inequality in arms for bereaved families due to lack of legal aid provision and the postcode lottery in approach of Coroners, to the lack of accessible mechanisms to challenge decisions and the lack of any proper oversight of Prevention of Future Death reports, the system is long overdue reform and I very much hope we will see progress after this review.”