Leigh Day is investigating a potential group claim against Ford over ‘cheat devices’ alleged to be fitted on some of their vehicles to artificially reduce emissions to pass EU tests.

Register your interest in the Ford emissions claim.

Leigh Day is investigating a potential group claim against Ford over allegations that certain diesel vehicles contain “cheat devices” that enable them to cheat emissions tests.

The claims are being investigated on behalf of people who leased or owned Ford diesel vehicles. The claims could be worth up to 75% of the purchase price of the vehicle for each owner.

Register your interest in the Ford emissions claim

Monitoring shows that when the vehicles are driven on the road, they emit many times more levels of toxic NOx gases than under test conditions.

You could be entitled to compensation if you leased or bought an affected vehicle.

What is the Ford emissions claim?

We are fighting for compensation on behalf of owners of Ford vehicles who we allege were deliberately misled over the environmental performance of their vehicles. This concerns Ford’s use of an alleged ‘defeat device’ in some of their diesel cars, to artificially reduce NOx emissions to levels which pass regulatory tests.

We allege that the ‘defeat devices’ used in the vehicles are unlawful under UK law. Consequently, there are potentially hundreds of thousands of unlawfully polluting vehicles on the roads in the UK.

Leigh Day is one of the country’s leading law firms and bringing group actions on behalf of consumers is one of our key areas of specialism. We have been involved in many of the more important and cutting-edge group actions brought in the UK. Our expertise in holding corporations to account is unrivalled.

We will be bringing these claims on a 'No Win-No Fee' basis. This means that we will only deduct up to a maximum of 35% (inclusive of VAT) of your damages if the claim is successful, but if the claim is lost you will not have to pay anything. This is a significantly lower fee than many firms and claims management companies who will charge up to 50% of your damages for the same claim.

Our success fee, the insurance premium and the funders’ fees will never be more than 35% of your damages, irrespective of the number of claimants within the group.

Leigh Day is joint-lead law firm in the emissions litigation on behalf of UK Volkswagen owners, and in April 2020 won the first round of that case against Volkswagen in the UK High Court.

We have also been instructed by thousands of owners of Renault, Nissan, Vauxhall, Porsche, Audi and other VW Group vehicles to pursue emissions claims against those manufacturers.

If you have any further questions, feel free to take a look at our Ford emissions claim FAQs.

Register your interest in joining the Ford Emissions Claim

Leigh Day provides a specific service to fleet managers and those responsible for fleets of vehicles within businesses. We can provide a quick and easy way of checking many vehicles to see if they are affected by the diesel emissions claims. To find out more, click the link below.

Claim for a fleet of vehicles

To find out quickly and easily whether vehicles within your fleet are eligible for these claims, please contact our team who will be happy to help. 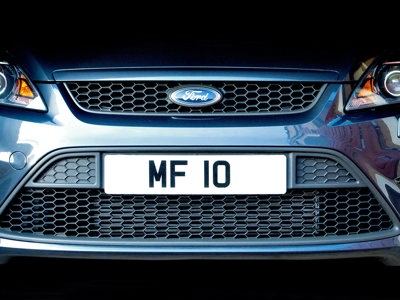 Leigh Day is investigating a potential group claim against Ford over ‘cheat devices’ alleged to be fitted on some of their vehicles to artificially reduce emissions to pass EU tests.

Register your interest in the Ford emissions claim.