Clinical negligence solicitor Ceilidh Robertson discusses the findings so far from the Ockenden report into maternity services at Shrewsbury and Telford Hospital Trust, and what is expected when it is published later this week.

The results of a five-year long investigation into maternity services at Shrewsbury and Telford Hospital Trust are due to be published this week.

The Ockenden Inquiry, established in 2017 by the then Health Secretary Jeremy Hunt and led by expert midwife Donna Ockenden, was set up to look at cases of neonatal death, stillbirth, brain damage and maternal death at the trust.

The interim report, published in December 2020, set out a need for immediate and essential actions to improve maternity services across England. It called for urgent action to tackle issues around informed consent, fetal monitoring, appropriate management of high-risk pregnancies and listening to women and their families.

The interim report, which looked at the first 250 cases, revealed that in many instances Shrewsbury and Telford Hospital Trust had failed to investigate after something went wrong and it was criticised for covering up and manipulating the results of an initial report. There was a culture of defensiveness at the trust which prevented steps being taken to improve care and allowed the situation to continue for so long.

The full report is expected to reveal that hundreds of babies were stillborn, died shortly after birth or were left permanently brain-damaged or with life changing disabilities and that many of these outcomes could have been avoided. A big part of this is likely to stem from the trust’s desire to keep rates of caesarean section low.

In many of the cases that my team and I are instructed on, delays in the performance of a caesarean section lead to terrible outcomes for mothers and babies. Women are left with devastating, life changing injuries and children with catastrophic brain injuries requiring life-long care.  Time and time again our clients tell us that they are bringing claims because they want changes to be made and don’t want to see other families go through what they had to endure. Rarely, however, do they receive an honest, sincere apology for what happened and a frank explanation of what went wrong and what changes will be made to prevent similar mistakes happening in the future. There is no accountability or compliance with the duty of candour.

One of the essential actions called for in the interim report was for trusts to ensure that women have ready access to accurate information so that they can make informed choices about where and how they want to give birth, including maternal choice for caesarean delivery . Despite this, it was not until earlier this month that it was announced that that the long-established limit on caesarean births within the NHS was going to be dropped. In 2012 the Royal College of Obstetricians and Gynaecologists published advice for maternity units to promote 'normal' births and limit the rate of caesareans to around 20 per cent of births. The push to drive down rates of caesarean sections was driven by a desire to reduce costs rather than evidence-based.

The interim Ockenden report revealed that between 2006 and 2018 the Shrewsbury and Telford Trust consistently maintained a rate of caesarean sections between 8 and 12 % lower than the UK average.. Our clients still regularly report being refused caesarean births or being put under immense pressure to have a ‘natural birth’.

The report also highlighted that there were significant problems with fetal heart rate monitoring and the interpretation of CTG traces. This is something that we see often in the negligence cases that we bring. CTG monitoring is inadequate or deteriorations in the fetal heart rate not recognised before it  is too late leading to babies being deprived of oxygen.

Another issue highlighted by the report was high risk and very sick women being reviewed only by junior medical staff without involvement of senior clinicians leading to delayed escalation and transfers to high dependency or intensive care units leading to maternal deaths.

The Ockenden Inquiry is certainly not the first investigation into standards of maternity care in the UK. The Morecambe Bay Inquiry, set up in 2013, found a culture of collusion, denial and incompetence, and an insistence by midwives to pursue natural childbirth at any costs. In 2021 it was revealed there had been dozens of deaths at East Kent Hospitals Trust with more than 130 babies suffering brain damage as a result of being starved of oxygen at birth over a four-year period. An independent investigation into East Kent Hospitals Trust is underway and being led by Dr Bill Kirkup. It is hoped that the systemic issues repeatedly identified by these investigations are now addressed seriously. Women and babies deserve to receive safe care.

Maternity safety scandals across the NHS – have any lessons been learned?

Suzanne White looks at the maternity safety scandals across the NHS and considers if any lessons have been learnt. 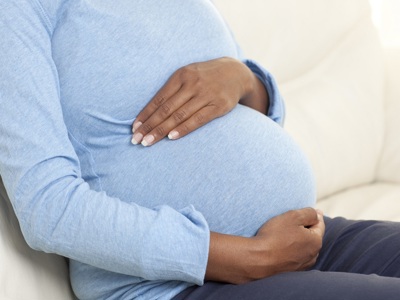 C-sections- the importance of choice

In caesarean section awareness month Frankie Rhodes explains why the conversation around how women give birth has to change.