C-sections- the importance of choice

In caesarean section awareness month Frankie Rhodes explains why the conversation around how women give birth has to change.

The current position regarding c-sections and a mother’s legal rights are as follows:

There are three circumstances which may necessitate a c-section birth. For instance, an emergency c-section may be required if either the mother or baby’s health is going to be compromised and the baby must be delivered as soon as possible. Where there are such indicators, for example where a baby is laying in breech position, it is vital for a c-section to take place in a timely manner to ensure the baby is born in the best condition possible.

A mother might also be advised to undergo what is termed an elective c-section if there are increased risks associated with vaginal birth, so an obstetrician decides that it would be safer for the baby to be born via surgery.

Lastly and importantly, a mother is entitled to ask to have a c-section, and such a request is known as an elective caesarean or a maternal request caesarean. This request can be made for any reason and all women have a right to make decisions about how they give birth under Article 8 of the European Convention on Human Rights.

If a mother asks to give birth via c-section, this must be considered fully by a Consultant Obstetrician, with thought given as to each individual’s personal circumstances. A hospital should only refuse to offer a c-section if it has balanced all the factors, it is able to demonstrate that there are valid reasons for denying the request and there is a limited impact on the mother in so doing.

There have been instances in recent years where maternal health has been compromised and many women’s right to request c-section births have been denied. One trust where this has been widely reported is Shrewsbury and Telford Hospitals NHS Trust (SaTH). Each hospital has its own guidelines in regards to maternal health and giving birth, but these cannot infringe upon the human rights of women who wish to give birth via c-section.

SaTH was criticised for its dogged pursuit of ‘natural’ births, sometimes at the expense of patient safety. In fact, in 2018 the trust boasted of having a particularly low rate of c-sections, with a rate of between 15 and 22 per cent of births, which was around eight to 10 per cent lower than the national average at the time.

However, the trust has since been embroiled in one of the worst maternity scandals the country has seen, when investigation by the Royal College of Obstetricians and Gynaecologists (RCOG) revealed a high incidence of stillbirths and neonatal deaths, with the needless loss of 11 babies and one mother. This tragedy was an indication that doctors and midwives may have waited too long to step in when either mother or baby was at risk during childbirth and many women felt their concerns were ignored.

Giving birth must be about choice. All patients have a right to give birth safely and in a manner of their choosing. The vital thing to remember is that women should be able to make an informed decision based on knowledge of the risks and benefits and what each person feels is right for them in the circumstances.

In the landmark case of Montgomery v Lanarkshire Health Board, the Supreme Court concluded that if there is any increased risk in giving birth vaginally, women must be made aware of this and they should be offered a c-section. Hospitals must give advice to women including the option of a c-section when they recommend other medical intervention, so that each woman can make a choice as to how they wish to give birth from a fully informed position.

In my role as a Solicitor I hear too many stories of women who have suffered both physical and mental distress during the birth of their babies. Some examples include women losing needless amounts of blood, experiencing traumatic deliveries, rushing to emergency c-sections and even developing complications such as sepsis, often in situations which could have been avoided with the appropriate standard of care.

Every method of giving birth, whether vaginally or via c-section or with a ventouse or with forceps, in a birth centre or at home involves some inherent risk and what is right for each woman is different, but she has the right to make an informed choice. 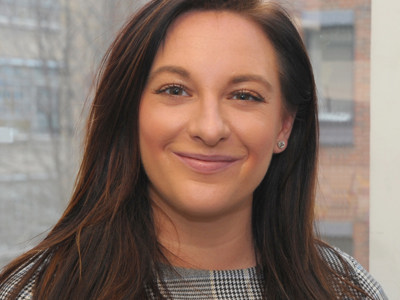