After a 10-year battle, women who were implanted with Poly Implant Prothese (PIP) implants finally have confirmation that they will be entitled to be compensated for the injuries and illnesses they suffered as a result of their implantation with these devices.

The PIP implant scandal highlights the difficulties that individuals can face in bringing a successful legal action when they are injured by defective medical devices and medicines in England.

The manufacturer became insolvent and their insurers were largely able to avoid responsibility for providing redress to women injured outside France by the implants in circumstances where PIP acted fraudulently. Those implanted with their defective devices were thus left largely without recourse to redress as a result of PIP’s insolvency.

PIP implants contained silicone that was made of industrial grade chemicals used in items such as mattresses, which was never intended for medical use. They were withdrawn from the UK in 2010 after it was found they had been fraudulently manufactured with unapproved silicone gel and were far more prone to splitting (rupturing) than other breast implants.

The Medicines and products Healthcare Authority (MHRA), the UK regulator, issued a Medical Device Alert (MDA) on 31 March 2010 setting out that the French medical device regulatory authority Agence Francaise de Securite Sanitaire des Produits de Sante (AFSSAPS) had informed them that it had suspended the marketing, distribution, export and the use of PIP silicone gel breast implants and that the devices had been recalled.

The MHRA advised surgeons in the UK via the March 2010 MDA that the devices should not be implanted, with surgeons being asked to await further advice from the MHRA regarding the clinical management of patients implanted with these devices.

After a second MDA regarding the PIP implants was issued on 4 October 2010, setting out that the MHRA did not know if the use of the unapproved material affected the safety of the implants and that the AFSSAPS was carrying out urgent testing, the recall of the implants was repeated.

On 15 March 2012 a further MDA set out the updated information from AFSSAPS suggesting that there is no guarantee that PIP silicone gel breast implants manufactured prior to 2001 contained approved filler and went on to state: “Research hasn't found any evidence to suggest that PIP implants pose a serious health risk, but they can cause unpleasant symptoms if they rupture and you may be anxious about leaving them in.”

This was despite hundreds of women reporting the adverse impact of the devices to the MHRA, that they were suffering illnesses, rupture, and the need for removal, exchange and revision surgeries.

A Review carried out in 2012 by Lord Howe following the PIP Breast implant scandal concluded that although the MHRA was found to have acted reasonably and appropriately in respect of the PIP scandal , serious lessons had to be learned by the MHRA to:

In a report published the following year in 2013 reviewing the regulation of cosmetic interventions led by NHS Medical Director Professor Sir Bruce Keogh, he stated: “At the heart of this report is the person who chooses to have a cosmetic procedure. We have heard terrible reports about people who have trusted a cosmetic practitioner to help them but, when things have gone wrong, they have been left high and dry with no help. These people have not had the safety net that those using the NHS have. This needs to change.”

Although the implants were manufactured by PIP, the ruling by the French Court actually involves the German company TUV Rheinland, which originally awarded European safety certificates for the PIP implants to be used. TÜV Rheinland were pursued on the basis that it had negligently certified PIP’s products and were sued for negligence for certifying the PIP devices as being safe. Therefore PIP did not take ultimate responsibility for the injuries and adverse reactions caused by their implants.

Women who have had PIP implants may be asking whether they have a right to claim for any harm caused by the devices. The general rule is that a claim should be brought within six years of the contract for implantation being formed. However, there may be an exception where an individual has suffered a personal injury. Where injury has been suffered, a claim may be brought within three years of the knowledge of the injury being sustained even if it outside of the six-year contractual limitation period.

Sadly, the PIP implant scandal does not end here. Leigh Day are currently representing a number of women who initially had PIP breast implants and had those implants exchanged for what they thought was a safer alternative in textured breast implants manufactured by companies such as Allergan. In December 2018, Allergan textured breast implants were removed from the market in Europe due to them being linked to a rare form of cancer called Breast Implant Associated-Anaplastic Large Cell Lymphoma (BIA-ALCL).

BIA-ALCL is a serious but rare type of non-Hodgkin lymphoma (a cancer that affects the immune system) that may develop many months or years after a breast implant procedure. It is not a cancer of the breast tissue. BIA-ALCL usually presents as an accumulation of fluid (seroma) between the implant and the surrounding tissue.

We have produced a booklet for patients and an information leaflet for GPs which we hope will be useful for any person who has breast implants and who is suffering from potential symptoms, but is unclear as to what they can do to report and have their concerns investigated. 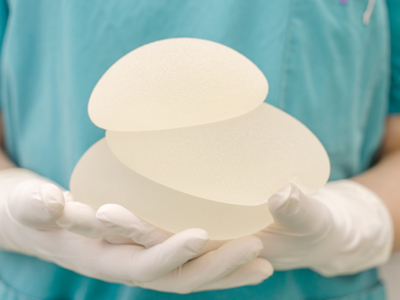 Textured-breast-implants manufacturer Allergan has announced the launch of a digital campaign to identify and contact patients who have received the company's Biocell implants and/or tissue expanders. 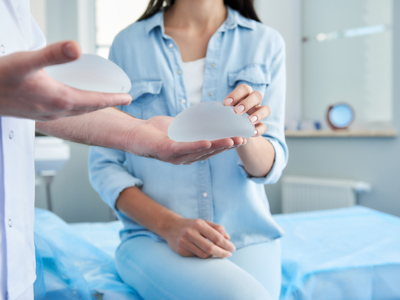 There have been reports from the USA that the agency responsible for medical device safety, the FDA, has taken further action against the breast implant manufacturer Allergan. 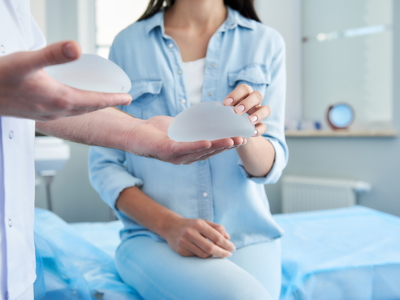 A group of women who have textured breast implants from manufacturer Allergan are considering legal action following reports that the implants have been linked to a rare form of cancer, known as BIA-ALCL.