Link update to investors including investment into Mafic

Meriel Hodgson-Teall discusses Link’s update to investors on 31 March 2021 with information on changes to the fund’s Net Asset Value (NAV) and about a further investment that has been made in Mafic.

In addition to the changes resulting from capital distributions, the Fund’s NAV has also been impacted by changes in the valuations and disposals of the fund’s assets. For example, WEIF’s unquoted assets, which are difficult to value, have been subject to valuation adjustments, and as part of the winding-up process, assets have sometimes been sold at prices lower than their market value.

Link has assured investors that it is their duty to ensure that assets receive a fair market price and that they employ an independent third-party valuation expert to assist in the valuation of the funds’ assets.

Link has also said that it will only accept offers for the remaining assets where they represent a good deal for the fund’s investors. At the date of the most recent valuation, 26 February 2021, Link has revalued the fund’s remaining assets to £164.21 million, decreasing from their previous valuation of £192.57 million on 11 December 2020.

Ultimately, assets sold under duress, such as in the wind up of a fund, will fail to receive a price that may be achieved in kinder times. It is for this reason that we stress the importance of the management of the liquidity in the fund before its suspension, the proper handling of which would have avoided any need to sell assets under such conditions.

The further investment in Mafic

The letter to investors also revealed that, despite the fact that the WEIF is being wound up and cash returned to investors, it has put more of WEIF investors’ money into Mafic, a producer of basalt fibre and thermoplastic resins registered in Luxembourg.

Link’s letter explains this as follows:

“… to protect the value in assets held by the Fund, it is sometimes necessary to provide further investment. The most recent example of this was in February 2021 when we joined with other shareholders of Mafic, a producer of basalt fibre and thermoplastic resins, to make a further investment in the company. After carefully considering all relevant information, we considered this action to be in investors’ best interests; specifically this short-term investment protected the value of the asset and maximised likely future proceeds of sale.”

About WEIF’s Investment in Mafic

The value of those shares fluctuated from year to year, and then saw a significant drop in value in the March 2020 WEIF annual report: the initial investment of 4,052,800 shares, originally valued at approximately £19.5m, was now valued at just £9.6m; and the B Convertible Preference Shares had dropped from £4.3m to £3.2m.

There is limited information available in the public domain which can be used to verify the value of the WEIF’s investments in Mafic. Mafic has not filed accounts for any of the last four years. The last set it submitted to the Luxembourg registry was in 2019 and covered 2017, revealing a loss of nearly $7m (£5m) during that financial year. The company’s auditor refused to sign off on the company’s financial statements from 2014, 2015, 2016 and 2017, on the basis that there was insufficient data to verify the company’s assets. It remains to be seen whether the further investment in Mafic in February 2021, during the winding up, will increase the overall losses for the fund.

About the claim Leigh Day is bringing against Link

Leigh Day is working to help investors get back what they have lost as a result of investing in WEIF.

On 5 March 2021 we sent a letter before action to Link’s solicitors, setting out the allegations made against Link. This letter alleges that Link failed to comply with its obligations to adequately supervise and monitor the conduct of Woodford Investment Management, as investment manager for the fund up to October 2019; to carry out fair and accurate valuations of the fund’s investments; and ensure that the fund’s investments provided a prudent spread of risk.
Link has three months to respond to this letter; until 5 June 2021.

If you are interested in joining the group action, you can find out more and sign up here. 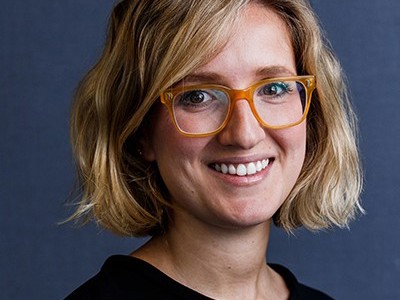