Is it time to stop holding pregnant women in prison?

A harrowing report published by the Prisons and Probation Ombudsman reveals major failings in the care and treatment of pregnant women in prison, following the death of a baby born at HMP Bronzefield in 2019. In this blog post, Maya Grantham and Ellie Sutherland consider the failings highlighted by this tragic case and whether it is safe to hold pregnant women in prison.

The woman, Ms A, was 18 years old and was in prison on remand, meaning that she had not been convicted of a crime.

Ms A gave birth in her cell alone. She rang her cell bell and requested a nurse, but the officer who took the call said she did not sound in distress, and no nurse was called.

When she rang again to repeat her request, the call was answered and immediately disconnected. She did not receive any medical assistance. After giving birth, she bit through the umbilical cord to free her baby.

Ms A was found in her cell the following morning, and paramedics called to the scene were unable to resuscitate the baby.

The report describes Ms A as a “vulnerable young woman with a complex history” and refers to her as having a traumatic childhood.

Prison healthcare should be tailored to meet the specific needs of women in a custodial setting, including the provision of care and support to the most vulnerable. The Prisons and Probation Ombudsman (PPO) reported that in Ms A’s case, the approach to managing and supporting her was neither co-ordinated nor trauma-informed. Shockingly, she was not even offered bereavement counselling.

The PPO’s report identifies the failure to respond adequately to Ms A’s calls for help over her cell bell as a missed opportunity.

Alarmingly, this report is not the first to highlight serious concerns about responses from prison officers to cell call bells when a prisoner requires assistance.

Less than a year prior to Ms A’s case, a report by HM Chief Inspector of Prisons found that staff at HMP Bronzefield were “answering cell call bells, but ending the call before prisoners could speak to them or request assistance”, which “could have posed a risk to prisoners in crisis”.

HMP Bronzefield is one of six prisons in England and Wales with mother and baby units. Yet despite this, the prison had no paediatric or neonatal emergency equipment in the prison and no staff on site had training in neonatal resuscitation.

When Ms A and her baby were discovered the following morning, in absence of the necessary equipment and training, “nurses used an adult mask to try and give Baby A oxygen, but it was too big and they were unable to get a proper seal”.

The PPO recommended the maternity service at HMP Bronzefield be sufficiently resourced to provide appropriate emergency resuscitation equipment for children and neonates. However, according to the action plan which sets out the parties’ responses to the PPO’s recommendations, this has not been accepted by any of the providers involved, with their position being “no equipment in excess of basic infection control PPE and blankets should be supplied”.

The report also shines a light on the more systemic failures. In particular, healthcare services continue to be outsourced without appropriate transparency about their contract requirements.

In this case, Ashford and St Peter’s Hospitals NHS Trust were commissioned to provide maternity services to the mother and baby unit at HMP Bronzefield. However, despite an investigation spanning two years, the PPO “were unable to identify with any clarity the commissioning arrangements”, nor were they able to locate the contract or service level agreement for the Trust.

In absence of such, it is unsurprising the watchdog found a serious lack of continuity of care between the maternity services and staff at the prison. The report details multiple instances where midwives from the service logged concerns about Ms A and her baby’s welfare on the Trust’s record system but did not share this information with the healthcare team at the prison.

According to the report, the prison healthcare system contained “no information about Ms A’s estimated due date, the child protection information or the safeguarding support midwife’s risk assessment and care plan”. Multiple record systems were involved, but the report found that “none of these systems spoke to each other, none of the separate records contained sufficient information on their own for proper oversight of Ms A, and no single person involved had access to them all”.

Perhaps most notably, prison staff, including those responsible for answering and dismissing Ms A’s cell bell calls on the night she went into labour, were not even aware that the birth might be imminent.

The release of this report and the failings identified has led to important debate about whether pregnant women should be imprisoned at all.

The PPO’s report recommended that all pregnancies in prison are treated as high risk, and that there should be an overhaul of the midwifery services at HMP Bronzefield to integrate it with healthcare.

However, even if those recommendations were accepted, it remains inherent that imprisoning pregnant women poses an additional risk to them and their babies. In Ms A’s circumstances, given that she had not even been convicted of a crime, this is stark.

Women typically commit less serious crimes and therefore serve shorter prison terms. Combined with the risks of pregnancy in prison as identified by the PPO, alternative forms of sentence should now be carefully considered for all pregnant women.

Unfortunately, the new justice secretary Dominic Raab’s response to the PPO report does not indicate that he intends to take any meaningful steps to end or reduce incarceration of pregnant women.

If repeated alarm bells continue to fall upon deaf ears and, if more is not done, we will continue to see avoidable tragedies like this. 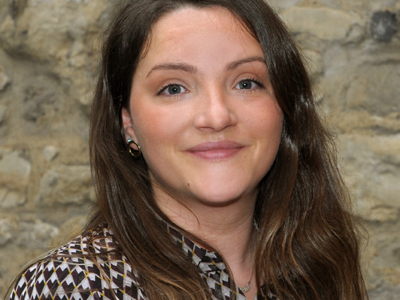 Ellie Sutherland is a paralegal in the prison team 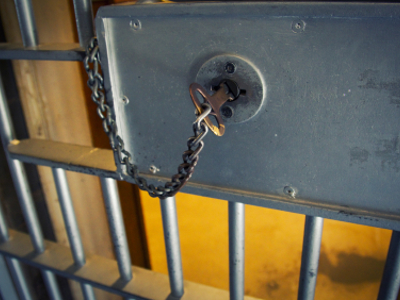 An 18-year-old prisoner gave birth in her cell alone at night and her calls for help went unanswered, the Prisons and Probation Ombudsman has found in a critical report.