Late diagnosis of one of the most common cancers to affect women is often grounds for a legal claim of clinical negligence.
However, levels of awareness of the symptoms of womb (uterus) cancer remain worryingly low, while the numbers of women affected by the disease have soared.
More than 9,000 new cases of uterine and endometrial cancer are diagnosed in the UK each year, representing a rise of almost 60 per cent since the early 1990s, according to Cancer Research UK. One of the reasons for the rise in the numbers of cases is believed to be connected with the increase in obesity.
A delay in the diagnosis of cancer can significantly affect how advanced the cancer is and how far it has spread by the time it is detected. As with all types of cancers, a later diagnosis may mean that treatment needs to be more extensive and ultimately the outcome for the patient is less certain.
As a partner at Leigh Day with specialist experience in delayed cancer diagnosis claims, I understand the devastating effects that a delayed diagnosis of uterine cancer can have.
I recently represented a woman who died as a result of the delay in her case.
I was instructed by my client to pursue a claim against her GP in respect of the delay in diagnosis of her uterine cancer but she sadly died before settlement could be achieved. Her claim was therefore taken over by her husband.
My client was 59 years old when she began to experience post-menopausal bleeding.
She attended her GP on a number of occasions as she was concerned about cancer and asked whether a smear test should be performed and if she could be referred to a gynaecologist.
It is a common misapprehension that smear tests are able to pick up all gynaecological cancers when, confusingly, they are only able to reliably detect signs of cervical cancer. My client was reassured that a smear test and a referral were not needed.
Sadly, by the time my client’s uterine cancer was finally diagnosed it was stage IV and incurable and, devastatingly, she was told that she only had two years to live.
During the course of the claim which I pursued on her behalf and the on behalf of her widower, the GP involved admitted that she had failed to appreciate the significance of my client’s symptoms and therefore had not referred her for a review by a gynaecologist, which would have resulted in a diagnosis nine months earlier.
I was able to achieve a six-figure settlement for my client’s widower.
This case highlights the difficulties that are associated with diagnosing this particular type of cancer, where unusual bleeding from the vagina is one of the key early symptoms.

Young women in particular are at risk of being misdiagnosed or having a delay in diagnosis if they still experience periods as irregular bleeding may be misattributed to other conditions.
However, some of the main symptoms can include:
• Unusual bleeding from the vagina
• Periods that are heavier than usual
• Bleeding in between normal periods
• Pain in the lower abdomen
• Pain during sex
If the presence of uterine cancer is picked up early, it is usually treated successfully by carrying out a hysterectomy (the removal of all or part of the uterus).
Women who are experiencing the symptoms described are advised to see their GP and to press for a second opinion if they feel their anxieties have not been allayed. 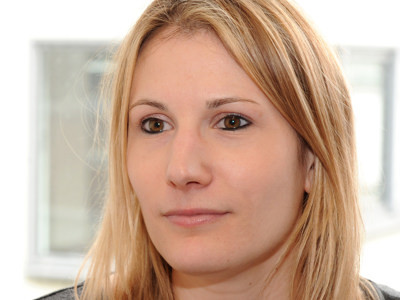