“Treating abortion as a modern healthcare procedure and women as equal partners in their own care is where we need to get to…we must not settle for just defending what we already have.”

After a successful run of weekly webinars, the Women’s Rights in Healthcare series drew to a close with the sensitive topic of reproductive healthcare and the interplay between politics and law in protecting, defending and advancing women’s reproductive rights.

Stephen Hall explained RCOG’s stance on abortion care, highlighted the relevant clinical guidance, and conveyed the challenges of providing care for women within the restrictive framework of the 1967 Abortion Act.

“RCOG is clear that abortion is defined as healthcare, and this stance is fundamental to how the issue should be approached by law-makers and clinicians alike. The aim should be to protect women, not shame with stigma and criminalise them. RCOG’s long term objective of decriminalising abortion is becoming increasingly popular with MPs because - as it stands in 2020 - having an abortion remains a criminal act with possibility of life imprisonment. The only grounds for exceptions to this were laid out in the Abortion Act of 1967 and have not been updated since; it has such an impact on current practice despite the Act being more than 50 years old. This outdated primary legislation stifles innovation and service improvement.”

Stephen explained how RCOG plans to keep up the momentum to argue for decriminalisation of abortion.

“Our biggest hurdle is finding the right Bill to attach to the movement. We need to see continued increase in support, particularly from the back bench, to build agreement for decriminalisation and help push through the right Ballot Bill. Educating legislators is a big priority for us, through Parliament and roundtable discussions. RCOG continuously seeks to overcome the stigma around abortion care and talk openly about what it is really like for women in 2020. MPs need to hear about the terrible circumstances women can find themselves in due to the outdated law in this area.”

Rachael Clarke elaborated on the challenges of gaining Parliament’s time and attention in recent years and shared the frustrations felt by BPAS and other providers that improving abortion services for women should not have to be dictated by Parliamentary procedure and capacity for debate.
Rachel explained what an ‘early medical abortion’ is and identified that these account for over 90 per cent of all abortions in the UK every year.

“An early medical abortion involves taking two sets of pills, within the first 10 weeks of pregnancy. Up until now, women had to take the first set within premises that were licensed to carry out abortions. Before 2017, women had to take both sets of pills at a clinic and then rush home before the miscarriage began. It often resulted in women having awful symptoms of miscarriage on their way home, including when using public transport – or at airports and on planes, in the case of Northern Irish women. Restrictions around where the pills must be taken are entirely legal and not based on clinical safety.”

There has, however, been a step forward since the coronavirus pandemic, when urgent changes to the law were sought by RCOG, BPAS and other providers, that were successful in allowing women to take both sets of pills at home. Women could now have consultations with health professionals via telephone or video link and avoid unnecessary face-to-face contact in clinics – accessing treatment from the safety of their own homes for the first time.

“This change has been described as revolutionary by many doctors, midwives and nurses and it represents the biggest change in abortion care since the 1967 Act. The Department for Health and Social Care released interim statistics for the first six months after the change in law due to lockdown. Data showed several positive outcomes: women sought treatment more than a week earlier than when they had to attend in person, waiting times were reduced by more than 50 per cent, and rates of complications were also reduced. Our concern is that this positive legislative change is time-limited and can be revoked at any time. BPAS is no longer going to go back to the old model of care and many NHS and private providers are keen to use this experience to campaign for the change to be made legally permanent.”

Jude Bunting – who has appeared in several recent high profile cases regarding abortion care – helped to provide context for the notion of legal activism and the historical interplay between politics and law that has long since surrounded the issue of reproductive rights. He led listeners through the recent changes in Northern Ireland and described what it was like for women there, prior to this year, who wanted to end their pregnancy.

“Women in Northern Ireland either had to fund a trip to England or Wales and pay for a legal abortion (more than 1,000 women a year would do this), or they had to resort to unregulated medicines bought online or amateur and unsafe attempts to carry it out themselves. GPs would frequently see women with the effects of these amateur attempts that would cause severe internal injuries and frequent infections. Lawyers worked hard in Northern Ireland to clarify policy framework, challenge prosecutions, challenge laws that made women pay for services in England or Wales and challenge the outdated law on human rights grounds.”

Jude focused on two recent cases he had been involved with and spoke of the bravery of women willing to waive anonymity to fight for improved care for women in the future. Sarah Ewart was told at a 20-week scan that her baby would not survive when born and she made the difficult decision to end the pregnancy. Because she lived in Northern Ireland, she had to travel to England to get the care she needed and in 2019, the Supreme Court ruled that this had been a breach of her human rights.

“You want to protect your client from bringing their case into what is a controversial and often poisonous arena – which is why the vast majority of these cases are anonymised or brought to the courts by NGOs on their behalf. Because Sarah Ewart was willing to raise her head above the parapet and tell her story, it enabled a much more meaningful discussion about the current situation for women in Northern Ireland and allowed the public to see how these outdated laws still have awful effects on women today.”

Since March 2020, it is now legal for women in Northern Ireland to seek an abortion before 12 weeks, eliminating the need for travel to England or Wales.

Speaking of the recent improvements to abortion care across the UK, Rachael Clarke concluded the discussion with a summary of the current landscape of women’s reproductive rights.

“Things as they are are fine, but they are not as good as they could be. Abortion is still not treated as what it is – a modern healthcare procedure, and women are still not always treated as equal partners in their own care. This is where we need to get to, and we must not settle for simply defending what we already have.” 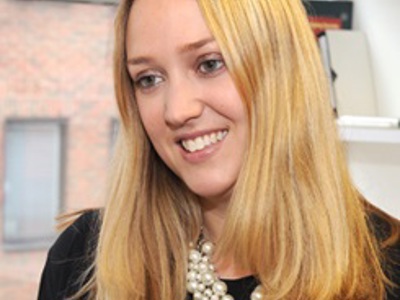