Get with the eTimes – eScooters

Personal injury solicitor and cyclist Rory McCarron, who specialises in representing vulnerable road users, discusses the use of eScooters in London

There is an element of bias to this article, primarily because I’m focusing on the use of eScooters in London alone, rather than more widely across the UK, as I live and work in London and I encounter daily eScooters on my commute.

The first thing I think when I see a person on a eScooter is that it is one less person on the train, bus, tube or in a car, not the fact that they are currently illegal on UK roads. These ‘law-breakers’ are ordinary people commuting to work, just like me on my bike, going about their day. So why all the fuss?

There is a common misconception that eScooters are dangerous, the main reason for this is their potential to travel above 30mph. Whilst this could have serious consequences if, for example, a pedestrian stepped into the path of you on one, you hit a pothole or a vehicle turned across your path suddenly, this opinion is based on the scooters' top speed alone (all of which apply to other vulnerable road users too, including cyclists).

I can’t find evidence of incidents occurring where someone was travelling above 30mph, but what is most striking with this opinion is that, we do not say in the same breath that cars are also dangerous because of their potential to go in excess of 110mph on a road. Incidents involving motor vehicles kill over 2,000 people every year.

If you do a simple internet search on eScooters in the UK you quickly come across articles about eScooter deaths and more recently the death of the high profile blogger Emily Hartridge who tragically died whilst attempting to navigate a confusing new design layout of a roundabout.

There has been no evidence so far that the scooter was a cause of her death. What there is evidence of, is that the design of the roundabout where Emily died was “highly complicated” and real concerns were raised many times before her death by high profile infrastructure campaigners about the poor layout.

It should also be noted that a cyclist also tragically lost his life on the same roundabout the year before Emma’s death, both were killed by lorries at rush hour peak times of 08:30am and 17:45pm respectively.

Where are we in terms of the legal position on eScooters then?

The current position is that whilst it is legal to buy or sell an e-scooter, riding them on public roads, pavements or in a cycle lane is against the law. The government describe eScooters as a Powered Transporter and given they have a motor (albeit a very small one), they are therefore classified as a motor vehicle and if they meet certain criteria they fall under the same regulatory legislation for motor vehicles - The Road Traffic Act 1988.

As it stands, e-Scooters apparently do not meet the technical and safety requirements to be on the road, hence them being banned on the roads.

They are only allowed to be used on private land with the owner’s permission. Some attractions in London have recognised this and paved the way for the use on their land, such as in and around the Olympic Park in Stratford which has been an overriding success.

If caught by the police on the road you are currently subject to three points on your driving licence and a £600 fine. There has been a large push by the Met police in London to enforce this since the summer of this year with high numbers given warnings, fines or even confiscation of the scooters handed out. That approach doesn’t sit happily with any desire to get people moving around urban spaces in a greener way.

The Government has published guidance on the Department for Transport website which  seems to recognise the growth and demand of Powered Transporters (which include e-scooters, Segways, hoverboards, go-peds, powered unicycles, u-wheels and more) both for practical reasons and also for the benefit of the environment, but quite glaringly they stop short of suggesting practical ways these could be introduced to our roads in everyday life and it feels like they are behind the times to deal with the growth of technology.
Rather than suggest genuine ways these could be safely used on our roads, they simply pull the brake on use.

Nick Lloyd, head of road safety at the Royal Society for the Prevention of Accidents, recently said:

"The use of electric scooters is increasing, including on the roads and pavements where they are currently illegal, and so we would urge the government to take a look at current legislation to ensure it is fit for purpose to maximise the safety of road users, as you would expect it to with any change in transport technology."

The Government is apparently reviewing its position on the use of e-Scooters and there has been calls by many, including Michael Hurwitz, director of transport innovation at TFL, that this review needs to speed up.

The way forward for eScooters

To meet the requirements of a motor vehicle as they stand, an e-Scooter would be subject to - MOT, tax, licensing and construction requirements - such as having visible rear red lights, number plates and signalling ability. These seem to be excessive criteria to be fulfilled and therefore it’s more than likely this would never be implemented.

This requirement screams of the same negative scrutiny that the anti-cycling campaigners are pushing for, such as insurance and number plates for cyclists.

In reality, given the relatively low power and speed of the e-Scooter, provisions could easily be put in place to allow the Scooters on the road. They are just as vulnerable as cyclists given the fact they appear to make the same steering movements as bicycles, travel at the same speed as cyclists and are often seen in the same position on the road/cycle lanes.

I therefore believe there is little difference between the use of a bicycle on the road and an e-Scooter. I imagine the last thing a person riding a scooter would want is to come into some form of collision and cause injury or damage to themselves or anyone else and therefore I have no doubt the user will consider their own safety when navigating traffic on the road.

I do agree that some requirements should be in place if used, such as use of front and rear lights in the dark; it’s fully tested/serviced (given it has a motor) and has a front and rear brake to allow you to adequately stop. Most of these are the basic requirements of using a bicycle too.

The benefits to allowing the use of e-Scooters in my opinion massively outweighs the negatives in London. The current transport system is overcrowded and unreliable and roads are over-congested with vehicles. There are considerable environmental benefits for the use of alternative transport and most importantly in my opinion; it’s good for mental health.

I use my bicycle for a number of reasons but one of my main reasons is that it allows me to have a sense of freedom, see a bit of London before/after work and helps me to clear my head without the stress of busy trains etc. Why can’t the same apply to eScooters? 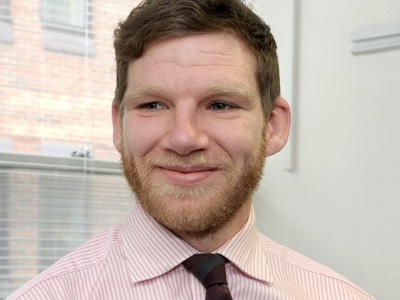