Food poisoning - more dangerous than you may think

Hundreds of thousands of people in the UK contract food poisoning every year. The most common symptoms include diarrhoea, nausea, vomiting, fever or stomach cramps. These symptoms are thoroughly unpleasant, but the vast majority of individuals will usually recover within a week or two.

Unfortunately, this is not true for everyone and in a small number of cases food poisoning can be the cause of serious and potentially life-changing illnesses.

Long-term consequences of food poisoning can range from gastrointestinal problems such as irritable bowel syndrome (IBS) and in some cases serious autoimmune conditions. Common bacterial infections that cause food poisoning such as Campylobacter, E-coli, Salmonella or Clostridium perfringens, can trigger an excessive response from the body’s immune system, which instead of attacking the infection attacks healthy cells.

The recent case of a man who was paralysed after eating chicken at a restaurant demonstrates how a seemingly normal case of food poisoning can develop into something much more sinister.

39-year-old IT analyst, Richard Jackson, was diagnosed with transverse myelitis, an inflammation of the spinal cord which interrupts the nerve signals sent by the brain to various parts of the body. After coming out of his coma, he underwent extensive neuro rehabilitation, requiring 24 hour nursing care and extensive physiotherapy and speech therapy.

Severe neurological disorders, such as transverse myelitis, are not commonly associated with food poisoning yet a number of life-threatening illnesses derive from foodborne disease.

Other complex conditions include but are not limited to Guillain-Barré syndrome, or the related Miller Fisher syndrome, which can arise when the body’s immune system attacks the central nervous system instead of attacking the food poisoning bacterium.

People, like Mr Jackson, who develop one of these autoimmune conditions can face months in hospital and an uncertain road to recovery whilst their immune system repairs itself. Sufferers often have little idea how long their recovery will take, and in some cases the damage caused is permanent.

These complications can occur to anybody, however they occur most frequently in people who are more vulnerable to infection such as babies and small children, elderly people, pregnant women or those who are immunosuppressed, for example due to HIV/AIDS or chemotherapy.

For some, the impact of food poisoning can be short-lived but for others it can have a catastrophic life-changing impact and in some rare circumstances can be fatal. It is therefore imperative that food business outlets comply with the law to ensure that the food that we consume is safe.

If you or someone you know has contracted food poisoning and would like to discuss any potential claims to you then please contact Angela Bruno on 0207 650 1144. 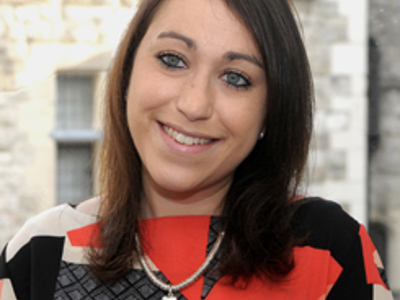