E-cigarettes: are the recent health concerns the tip of the iceberg?

Solicitors Gene Matthews and Suha Lewis from the consumer law and product safety team, discuss the safety of e-cigarettes following reports that a UK man who died in 2010 is believed to be the first in the world to die from lung disease reportedly linked to vaping.

Electronic cigarettes (also known as e-cigarettes, vapourisers or vaping) are a battery powered device that allows the user to inhale a vapour rather than smoking traditional cigarettes.  E-cigarettes function by heating a liquid which can contain nicotine and other substances and additives.

The first e-cigarette entered the market around 2003, but global use has risen rapidly since then. In the UK, it is estimated that there are around 2.9 million adults who are currently using e-cigarettes.

In 2018, Public Health England (PHE) published a report on e-cigarettes. The report reinforced that e-cigarettes are at least 95% less harmful than smoking. Prof John Newton, director of health improvement at PHE, said “we need to reassure smokers that switching to an e-cigarette would be much less harmful than smoking. This demonstration highlights the devastating harms caused by every cigarette and helps people see that vaping is likely to pose only a fraction of the risk”.

The first death in the UK that may be linked to vaping was reported this weekend. A British factory worker died nine years ago after developing lipoid pneumonia. Doctors at the time stated that oil from vaping fluid was found in his lungs.  The inquest into his death recorded an open verdict due to the fact that there was no known evidence into the safety of vaping and vaping products. The widow of the deceased man called for a new inquest.

The Sunday Times reported this week that the Medicines and Healthcare Products Regulatory Agency (MHRA) has recorded 74 reports of health problems suspected to have been caused by e-cigarettes since 2014.

In America, the Centers for Disease Control and Prevention (CDC) have said that there are 12 confirmed deaths and over 800 cases of lung injury reported that are linked to using e-cigarettes or vaping in the US. They do not yet know what is causing the lung injuries or which e-cigarette or vaping product has been linked to the cases.

The CDC is recommending that people stop using e-cigarette or vaping if they are concerned about the health risk until they have investigated the cases further. They add that adults who are currently not using tobacco products should not start using e-cigarettes.

What is the UK response to the health concerns in the US?

Earlier this month, health experts in the UK said “unlike the US, all e-cigarette products in the UK are tightly regulated for quality and safety by the MHRA and they operate the yellow card scheme, where consumers and healthcare professionals can report side effects and safety concerns with e-cigarettes or refill containers to MHRA”.

The 7th Report of sessions 2017-2019 by the House of Commons Science and Technology Committee said that despite there being clear evidence that e-cigarettes are less harmful than conventional cigarettes, there are still uncertainties about the long-term effects e-cigarettes have on health due to the products being relatively new but that “ultimately, however, any judgement of risks has to take account of the risk of not adopting e-cigarettes—that is, continuing to smoke conventional cigarettes, which are substantially more harmful than e-cigarettes”.

The government responded to the committee’s report with a Command Paper which broadly accepted the Science and Technology Committee’s recommendations and stated that they are “firmly committed to more research in this area”.

What’s next for e-cigarettes?

It seems that a lot is still unknown about the safety of e-cigarettes but the UK government and the NHS are still encouraging the use of the products despite the risk.

We call for urgent independent research on the chemical products used in e-cigarettes and their health impact on those who are using the products. The data needs to be based on short and long term use.  It is only on this basis that full and appropriate health  advice can be given to the public at large.

This week the widow of the man whose death could be linked to vaping has called for a new inquest to shed light on the real cause of her late husband’s death and has called on the Government and various health bodies to issue robust warnings on the use of e-cigarettes. We wholeheartedly support these calls to action; information is key to assessing the safety of these products.

We know that a thorough inquest can really help to shed light on health concerns and complications and can even help push for changes in regulation. Our colleagues at Leigh Day have guided many families through the inquest process and supported them in getting answers to their questions about the death of their loved one.

In the 1930 and 1940s, cigarettes were widely encouraged with doctors even appearing in promotional posters as a link had not yet been made between cigarettes and lung cancer. Society cannot afford for the same mistakes that were made with traditional cigarettes to be repeated in relation to e-cigarettes. 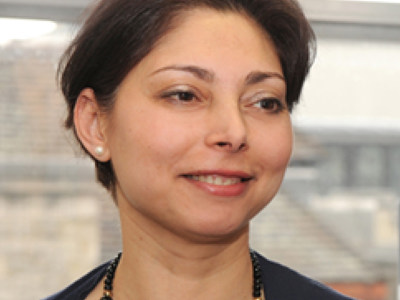 Suha Lewis is an associate solicitor in the international department.