The struggle is real, sister

Following her attendance at an event held by the Radio Independents Group, Employment solicitor Kiran Daurka looks at how far we still have to go in the struggle for equality.

I was asked by the Radio Independents Group to speak to a Women in Audio audience last week about equal pay.  The women, varying in age and experience, were interested in hearing about equal pay given that it has become so topical to them following the BBC pay disclosures which has shown up the pay disparity between women and men, as well as race disparity pay issue.  Jane Garvey chaired the event brilliantly, asking lots of probing questions and also sharing her own experience as part of the BBC Women’s group who are fighting their struggle against pay disparity in the public eye.

I left the evening feeling a bit low, which is unusual for me as these types of events are often galvanising for the women in the audience.  This evening felt different, however, as the women’s anger had subsided into despondency.  There was incredulity that they may be being paid less than the men they had been working alongside.  The other concern that arose was that many of them work on a freelance basis and had no protection as to pay disparity as against male comparators; they felt very much alone in their struggles.

I had relayed my experience that many pay disparities only come to light by accident or without intention; as there was a misplaced feeling of culpability or naivety that they may be experiencing discrimination. It is clear that the only way to find out if there is a pay issue is to pro-actively speak to colleagues about their pay – a difficult and personal subject, I acknowledged. One of the questions that I was asked in response was whether the duty was on the employer to pay equally or whether it was on the women to ask for equal pay. Pause for thought.

Of course it is on the employer to pay equally – this is the law, I asserted.  But it is not that easy, is it?  Because the first step is suspecting that there is a pay disparity – this requires a female employee to take a leap into the possibility that her fair employer is actually not so fair. Asking what others are paid is not easy, and it is that discomfort that employers rely on to retain the system of silence.
And once that idea has bedded down, and she is ready to ask the questions, she has to be ready for the denials and excuses.

Let me be clear here: your employer is not going to accept that you are being paid less because of gender or racial bias. They are not going to agree that the system is flawed.  They are not going to hang their heads in shame that their systems are unlawful despite equality legislation being in place for decades. What they will do is make you believe that you have got it wrong.  They will present their “reasonable” defences to create doubt in you, or to make you think that you are the only one who has raised this issue with them.  They will make you feel as though you are raising your head above the parapet.

The truth is that we are still in the struggle.  The women at Ford Dagenham kicked off proceedings, but we are not at the end, we are in the midst. Our daughters will still be fighting against inequality in 40 years unless we all start speaking to each other and acting as a collective.

But now is not the time to despair.  Use your anger to move forwards.  You are not to blame for this situation. But most of all, don’t think that it is not happening to you, your friends, your daughters.  The pay system favours men. It did historically and still does, so it is happening to us all. There is no shame in accepting this, and as we do we will also find the courage to confront this inequality without fear or embarrassment.

As set out in the Sex Discrimination Law Review carried out by the Fawcett Society, I fully support the reintroduction of statutory Equal Pay questionnaires to compel (to a degree) an employer to provide information about comparator salaries.  The current system requires a woman to be already armed with the information without which she cannot present a proper grievance to an employer without it looking like a fishing expedition.

It is called a struggle for a reason.  The answers and solutions are not going to fall into our laps; we are unfortunately still required to pursue equality.  The legislative framework is only part of the solution – the starting point is to have the conversations about pay.

The workshops which tell us that we need to be more assertive in selling ourselves when negotiating pay only feed the problem as employers are taking advantage of a process that favours men. The problem is not that we are not assertive or that we don’t know how to negotiate, it is the system that devalues women.

If we keep pushing pay disparity under the light, employers cannot hide their subjective pay scales and they will be forced to look at how remuneration is assessed. Keeping it under the light is the struggle.

So, take a deep breath.  And start the conversation. 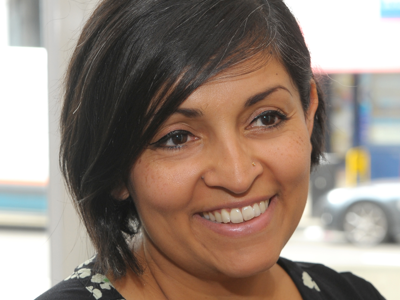 Kiran has acted for a range of individuals advising on all aspects of employment law.