International Perspectives from the UN to Uganda

On Thursday 1 November 2018, the Leigh Day LGBT+ & Allies Network held our first external event: a panel discussion entitled LGBT+ rights: International Perspectives from the UN to Uganda. The event was geared toward NGOs supporting LGBT rights internationally, and was designed to explore the impact of litigators working collaboratively with local and global campaigning groups to combat homophobia abroad.

The panellists were key litigators and campaigners acting in LGBT-related legal challenges in a diverse range of geographic areas. Salil Tripathi from the Institute for Human Rights and Business spoke about the impact of businesses adopting LGBT-inclusive messages in India during the campaign for decriminalisation of homosexuality. Laura Carter from Amnesty International  discussed her research into the social impact of the criminalisation of homosexuality internationally. Doughty Street barrister Jonathan Cooper spoke about the difficulties in using strategic litigation to overcome homophobia and transphobia abroad, and Pam Spees from New York’s Center for Constitutional Rights spoke about her recent involvement in the litigation brought by an LGBT activist group in Uganda against an American evangelical pastor for campaigning to criminalise homosexuality there.

The variety of work undertaken by our panellists invited a rich discussion about the different ways in which LGBT people’s lives are policed in various contexts, and the litigation that seeks to challenge this.  For example, some countries in Asia and Africa have penal codes, adopted during British colonial rule, which criminalise gay sex. Other countries have laws against LGBT “publicity,” which effectively ban local LGBT groups from organising or promoting awareness of issues facing the community. The panellists discussed the various legal frameworks that have been used to challenge these oppressive laws, from the use of the constitutional right to privacy in the United States in the 1970s-1990s, to the more recent focus on equality and discrimination law during American and European campaigns for equal marriage.

The question and answer session that followed prompted an examination of the benefits of using strategic litigation as a method of improving the lives of LGBT people globally, and the practical challenges of doing so. In the end, the speakers agreed that whilst strategic legal challenges may not always be successful in terms of having a favourable legal outcome, they can be extremely useful in changing attitudes and improving the everyday lives of LGBT people at home and abroad. 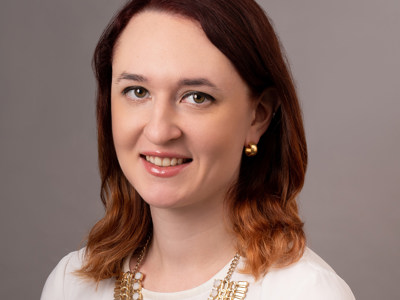 Zoe Johannes is a solicitor in the human rights department.