Working with our clients

Whether in person, by phone or in writing, we communicate as regularly as possible with clients to provide advice and updates and to find out how they want us to pursue their case.

Whenever possible, we meet our clients in person; we believe that meeting face to face is the best way to truly understand our clients’ needs. This can involve travelling for many hours, often to isolated and sometimes dangerous places.

Many of our clients speak languages other than English and we routinely engage interpreters so that we can provide clear advice and take instructions. In addition, many of our lawyers speak more than one language.

As a law firm based in England, we are regulated by an independent body, the Solicitors’ Regulation Authority. We must meet high standards of professional and ethical conduct in all our dealings with our clients and the courts. When we act for international clients, we bring the same client-centred approach to our work and apply the same high standards.

Cases against the British Government

Advocacy and working with others

Our clients’ cases often have important consequences for others in the community and for people in other parts of the world. We regularly work alongside and build relationships with local, national and international organisations in order to advocate for improved protection for human rights and the environment.

In many cases, local organisation and lawyers have been working to highlight the issues raised by our clients before we become involved. We believe that working collaboratively with such groups is mutually beneficial. For example, bringing a case in England often attracts significant media attention and can help raise public awareness of the human rights issues highlighted by local advocates. At the same time, the presence of a network of supportive organisations on the ground can help our clients resist intimidation by or for the companies they are suing.

Working to prevent future human rights violations is a key objective of our work. In addition to bringing cases to court, we pursue other strategies to strengthen the law in order to stop human rights abuses from happening in the first place.

In particular, we advocate before national and international forums, such as the British Parliament and at the United Nations, to promote access to justice and to secure greater legal protection of human rights. 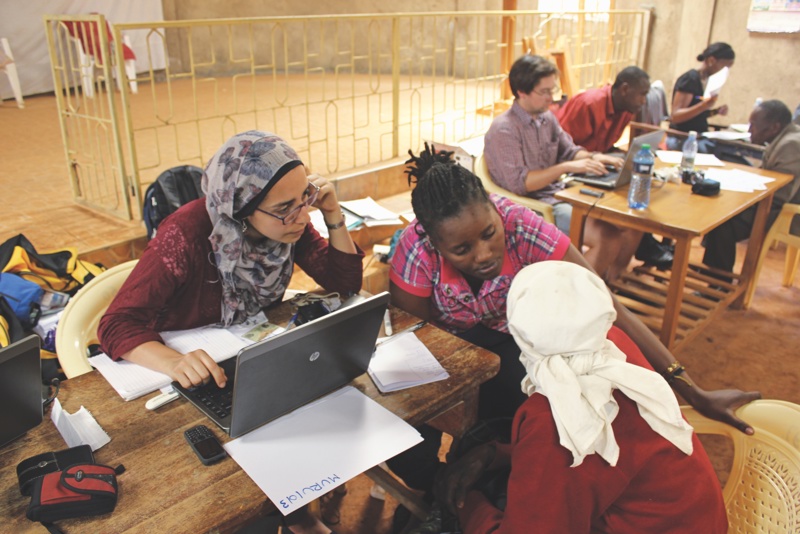 We often commit substantial resources to conducting factual investigations in-country, including obtaining documentary and witness evidence. In pursuing our clients’ cases we frequently ask medical, scientific, environmental and other experts to conduct tests, prepare reports and give expert opinion to the court

It is often difficult for those adversely affected by companies to know who is legally responsible for the harms they have suffered. The structure of large multinational corporations is generally complex. Typically, British-based companies have subsidiaries that carry out their activities in other countries.

To avoid responsibility for damage around subsidiary operations, such companies frequently rely on legal principles of “separate personality” – meaning that in law one company is a separate “person” that may not be responsible for the actions of another.

Over the past 30 years, Leigh Day’s cases have developed the law in England and established the principle that parent companies can owe a direct “duty of care” to those affected by the harmful activities of their overseas operations.

If the British company exercised control and direction over its subsidiary, we can gather evidence to persuade a court that the parent company in Britain is also legally responsible. Our approach has gained increasing recognition at an international level.

Many companies restrict the information that is available about how they organise themselves and how they operate. Similarly, the British Government has often withheld important documentation regarding its activities in different countries.

Companies and the Government often deploy strategies to try to prevent disclosure of relevant information. However, Leigh Day’s specialists have developed effective ways of countering these strategies.

Our experts have the skills and experience needed to obtain and analyse complex company data and large amounts of documentation, in various languages, in order to successfully bring claims on behalf of our clients.

We also use procedures in the British courts whereby companies and the Government can be compelled to disclose relevant documentation, including internal emails, reports, photographs and video footage.

Our aim is to ensure that our clients, and the court, have all the documents that are relevant to the case, regardless of where or how those documents are held.