A group of cleaners who work at Great Ormond Street Children’s Hospital (GOSH) have issued a legal claim against GOSH NHS Trust for indirect racial discrimination.

The group of 83 cleaners are all from a global majority background and claim that the Trust treats them less favourably by not employing them under the terms and conditions of the Agenda for Change agreement.

The group of cleaners were employed by OCS Group UK Ltd who had a contract from August 2016 to 31 July 2021 to provide cleaning services to GOSH. On 1 August 2021 the employment of the cleaners was transferred to GOSH NHS Trust.

The terms and conditions of all employees in the NHS (with certain exceptions, such as doctors and dentists) are governed by the Agenda for Change (AfC) collective agreement, which came into force on 1 December 2004 following a number of large-scale equal pay challenges. As well as setting salary bands the AfC also provides for other terms of employment including overtime, sick pay, annual leave and access to the NHS pension scheme

In their legal case the group of cleaners argue that the Trust puts them, as a group from the global majority, at a particular disadvantage compared with the Trust’s directly employed staff on AfC terms and conditions who are 61% white. They argue that they should have been employed under terms equivalent to the AfC agreement when they worked for OCS, as well as when their employment was transferred to GOSH NHS Trust .

They are asking for a declaration from the Employment Tribunal that they are entitled to receive the AfC pay and benefits and compensation relating to their shortfall in pay plus injury to feelings.

The group bringing the legal claims are supported by the United Voices of the World Union.

Memuna Kabia, cleaner for GOSH and United Voices of the World member, said:

“GOSH has been denying us what they owe for a long time, and finding excuses not to treat us fairly. They are meant to look after us, but they left us in the hands of private companies who bullied us and denied us our right to NHS pay and other benefits and GOSH knew about it and did nothing. So we need to take them to court to get justice. And justice we will get.”

“Our members have already shown their collective strength and courage by fighting and beating outsourcing. But they’ve been denied NHS contracts for too long, and are still being denied them despite being NHS employees. This is not only immoral but, as we hope to show with this case, unlawful. If we are successful this legal case will be a permanent stain on the already tarnished reputation of GOSH. And it should also send a strong message to other NHS Trusts out there, that if you outsource your facilities workers and don’t give them NHS contracts, then we’ll be coming for you in the courts and on the picket line.”

“Our clients do an extremely important job and all that they are asking for is equality with their colleagues at Great Ormond Street Children’s Hospital. They feel that they are clearly being treated less favourably that those who are directly employed by GOSH NHS Trust under the Agenda for Change agreement. They see no reason why they haven’t also been offered the same terms and conditions as their counterparts within GOSH and across the NHS. It is time for GOSH NHS Trust to right this wrong as soon as possible.” 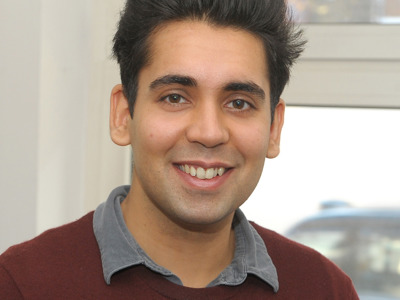 Aman Thakar is a solicitor in the employment department.