A former pupil of the Royal Alexandra and Albert School in Surrey has settled his claim for compensation following abuse which he was subjected to by housemaster Allen Meredith during his childhood at the school in the 1980s.

The man, known as Nathan to protect his identity, is the latest in a number of people represented by law firm Leigh Day to settle his claim for abuse at the Royal Alexandra and Albert School.

Nathan was a boarding pupil at the Royal Alexandra and Albert School, where he was subjected to sexual abuse by a member of staff named Allen Meredith. Meredith was an assistant housemaster who also ran an outward bounds club. The abuse, which included penetrative sexual assault, would take place in Meredith’s room at the school and occurred on several occasions.

In recent years, Nathan took the brave step of reporting the matter to the police. In November 2019, Meredith, then aged 72, pleaded guilty to 14 criminal charges linked to the abuse of children, with four charges relating to the abuse which Nathan had endured.

In his victim impact statement Nathan spoke of a deep-seated fear, which over time also led to feelings of anger and of having no purpose. His schooling was impacted upon, and instead of pursuing his dreams of studying law he chose to pursue an alternative academic path to allow him further time away from the Royal Alexandra and Albert School.

Nathan instructed Leigh Day to bring a compensation claim against the school, and he was represented by Andrew Lord, Associate Solicitor in the abuse claims team.

Medical evidence in the form of a psychiatrist report was obtained as part of the claim, and this made clear that the effect of the abuse had impacted upon all aspects of Nathan’s life. His case was later settled for £95,000 in compensation.

"Nathan’s case involved the abuse of a child who was away from their parents, perpetrated by an adult member of staff who was charged with his care. It was an appalling breach of trust by Allen Meredith, which had a profound impact on my client’s life.

“I am glad that we were able to secure compensation for Nathan after he so bravely spoke out about the abuse he was made to endure. With both criminal and civil justice now served, it is my hope that Nathan can close this chapter, continue on the path of recovery, and look ahead towards a much brighter future.” 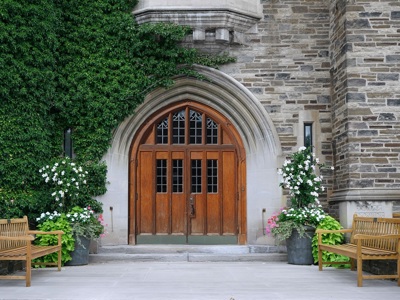