The UK’s second largest supermarket has been found to have acted unreasonably after it tried to halt equal pay claims currently being pursued by law firm Leigh Day on behalf of store workers.

The UK’s second largest supermarket has been found to have acted unreasonably after it tried to halt equal pay claims currently being pursued by law firm Leigh Day on behalf of store workers.

Leigh Day has calculated that the cost of the hearing is £432,000 and Sainsbury’s could be ordered to pay this in its entirety.

The Employment Tribunal agreed that Sainsbury’s arguments were “very weak” and that their approach had “no proper factual basis”.

It has now ordered Sainsbury’s to pay related costs for time spent preparing for the hearing after ruling the supermarket acted unreasonably in making these arguments.

The matter will now be referred to the county court for detailed assessment by a costs judge who will decide how much Sainsbury’s needs to pay in legal costs.

Once this decision has been made, Leigh Day clients involved in an equal pay claim against Sainsbury’s will receive their share of the costs, if their claim is successful.

More than 3,000 Sainsbury’s store workers, represented by Leigh Day, are involved in the Equal Pay Now Campaign, claiming that the value of their work in terms of difficulty, skill and demand is equal to that of their colleagues in distribution and so they should be paid the same.

The difference in hourly pay for a Sainsbury’s shop worker and those in a distribution centre can range between £1.50 to £4 an hour, which could mean a disparity in pay of many thousands of pounds.

Leigh Day believes the average worker could be entitled to in excess of £10,000 for up to six years back pay. Some may be entitled to more than £20,000.

The firm also represents store workers from Asda, Morrisons, Tesco, the Co-op and Next in similar equal pay cases.

Linda Wong, a partner in the employment team at Leigh Day, said:

“Sainsbury’s continues to drag its heels, blocking its shop floor staff from being paid what they are worth at every opportunity possible.

“Costs awards are rare in the Employment Tribunal, especially on an indemnity basis, which just goes to show how badly Sainsbury’s acted. The Tribunal ruled that Sainsbury’s was unreasonable in their recent attempt to stop these equal pay claims and that their argument had no grounds for success.

“Hopefully, this decision acts as a clear sign to Sainsbury’s that they cannot push their weight around.

“As a result of the pandemic supermarket workers have finally been recognised as frontline workers and it’s time for their value to be reflected in their pay.”

For more information or to join the claim visit www.equalpaynow.co.uk/sainsburys-equal-pay

An employment tribunal has rejected Sainsbury's argument that equal pay claims for store staff should be struck out. Following the judgment of the Birmingham Employment Tribunal the claims worth thousands of pounds for each client, and millions in total, will continue to a hearing. 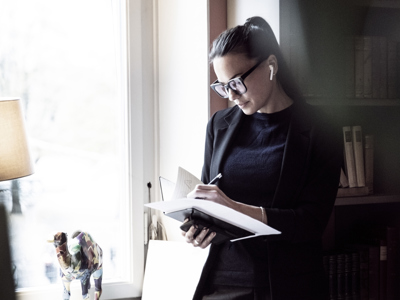