An 18-year-old prisoner gave birth in her cell alone at night and her calls for help went unanswered, the Prisons and Probation Ombudsman has found in a critical report.

The baby was dead when officers at HMP Bronzefield, run by private contractor Sodexo, discovered what had happened on their rounds the following morning.

The young mother, Ms A, had woken in the early hours to find she had delivered the baby, and bit through the umbilical cord to free the child. She put the placenta in the waste bin in her cell and used her cell bell to let officers know what had happened, but no one responded. A call the previous evening asking for a nurse had gone unheeded.

The birth happened in September 2019 and the ombudsman, Sue McAllister, published her report of her investigation this week.

The report into the birth at the prison says a pathologist was unable to establish if the baby was born alive or was stillborn.

The mother was in prison for the first time on a charge of robbery and was regarded as vulnerable, sad, angry and very scared. Her engagement with midwives at Ashford St Peter’s NHS Trust was minimal.

However, her admission to a midwife that she would kill herself if her baby were to be taken from her was not taken seriously. Suicide and self-harm monitoring procedures were not implemented and extended clinical observations did not take place as planned.

"The Prisons and Probation Ombudsman‘s recent report on a young woman who gave birth in her cell without medical assistance, and of the death of her baby, is extremely concerning and raises important questions. The standard of healthcare in prison must be equivalent to the community, and therefore must be fit to meet the needs and vulnerabilities of individual patients. That was not the case for this young woman. Repeated alarm bells about the standard of healthcare in prisons have continued to fall upon deaf ears and, if more is not done, we will continue to see avoidable tragedies like this.” 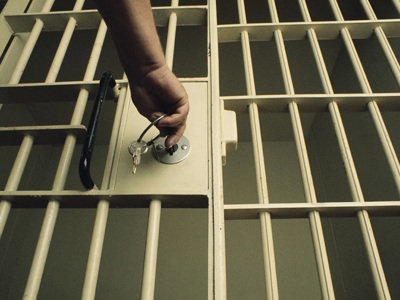