The High Court in London will hear a judicial review challenge to the Oil and Gas Authority’s (OGA) Net Zero Strategy. The case will be heard on Wednesday 8th and Thursday 9th December 2021.

The case is brought by three campaigners who will argue that the strategy allows oil and gas extraction that is uneconomic, leading to increased greenhouse gas (GHG) emissions that would otherwise not happen. This is because, they say, the OGA does not consider the tax breaks given to companies in deciding whether projects are economic to the UK as a whole.

The Strategy came into force in February 2021 and defines what is meant by its legal duty to maximise the economic recovery of oil and gas from beneath UK waters. However, the campaigners will argue in their legal case that the OGA’s definition of “economically recoverable” unlawfully ignores subsidies from the UK government. The legal argument is that the subsidies, in the form of tax breaks and the underwriting of decommissioning costs (the latter of which are likely to be significant in a net zero world), are not considered by the OGA when applying the Strategy to grant new licences in the North Sea. As a result, this allows the extraction of gas that is ultimately uneconomic to UK taxpayers.

In addition, the campaigners will argue that the legislation is further frustrated by the strategy’s definition, because many of the companies that are drilling for oil and gas are foreign-owned, undermining the OGA’s defence that tax flows do not matter (contrary to the OGA’s argument, the spoils are not simply shared or transferred between different parts of the UK economy).

The OGA Strategy requires the industry to assist the government in meeting its net zero target on greenhouse gases, however the campaigners will argue that in reality the Strategy’s definition of “economically recoverable” runs directly counter to this objective, by resulting in greater oil and gas production than would otherwise be the case.

The campaigners taking the case are: Mikaela Loach, a climate activist and medical student; Kairin van Sweeden, an SNP Common Weal organiser and daughter of a Scottish oil worker; and Jeremy Cox, who previously worked in the downstream oil industry and then as a project management consultant, before retiring.

The three claimants are being supported by Uplift, which in turn is co-ordinating Paid to Pollute, a new campaign supported by a coalition of environmental groups including Greenpeace UK, Friends of the Earth Scotland and 350.org.

Mikaela Loach, a climate activist and medical student at the University of Edinburgh, said: “The UK government’s support for new oil and gas not only undermines global climate goals and any sense of climate justice, it also risks wasting huge amounts of public money on projects that are more likely to line polluters' pockets than bring any real economic benefit to this country. As a country with significant historical responsibility for the climate crisis, the UK has an obligation to be one of the first to move away from oil and gas production, deliver a just transition and, like Scotland, commit to financing communities that are already dealing with the impacts of the climate crisis.”

Kairin van Sweeden, an SNP Common Weal organiser and daughter of a Scottish oil worker, said: "The Glasgow Climate Pact recognises that we must stop subsidising fossil fuels, yet the UK government's subsidies to oil and gas producers makes the UK the most profitable country in the world for big offshore oil and gas projects. The UK government has to stop supporting industries that are causing the climate emergency and instead redirect our public money towards retraining, re-skilling and re-employing the current oil and gas workforce into renewables. They should have the just transition the miners deserved but never received.”

Jeremy Cox, a former oil refinery worker, said: “Just weeks after world leaders gathered in Glasgow and the Prime Minister urged them to keep the 1.5°C target alive, the UK government will have the hypocritical audacity to argue in High Court that it should continue to subsidise new oil and gas production. We know every new oil and gas project is incompatible with the 1.5°C target. The UK should listen to the International Energy Agency and the United Nations, reject projects like Cambo and use the public money we've wasted on oil and gas extraction to fund a just transition and support other countries to decarbonise.”

“The backdrop to our clients’ case is that, if the Glasgow Declaration is going to mean anything at all, the OGA’s Strategy must not work against the UK’s net zero target by encouraging the extraction of oil and gas that would have otherwise stayed in the ground. The simple point is that the OGA says it can by law ignore the tax breaks received by oil and gas companies when deciding on whether a project with benefit UK taxpayers. Our clients are going to court to establish the opposite.” 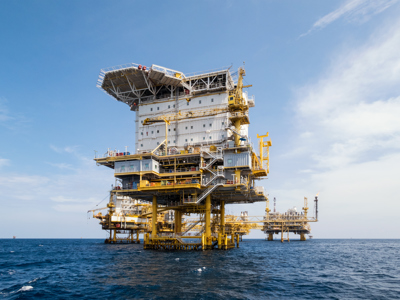 Three campaigners have applied for a judicial review against the decision to adopt The Oil and Gas Authority Strategy.