A five-day-old baby is believed to be one of the victims of a recent outbreak of Legionnaire's disease at the Dolphin Square apartment block in central London.

The family of the baby are now investigating potential legal action against Dolphin Square Limited, the landlord of the flat where they lived up until September 2019.

Baby A was born on 3 February 2019 and was confirmed to be a healthy young boy and released to return home the next day to the one-bedroom flat in Beatty House in Dolphin Square, which his parents had been renting since February 2018.

On 5th February and 8th February Baby A was visited by the midwife and everything appeared to be normal. However, in the afternoon of the 8th February 2019, his parents noticed that he had started running a fever and took him to hospital.

Between 8 February 2019 and 1 April 2019, Baby A was treated in three hospitals, Chelsea and Westminster, St Mary’s, and Great Ormond Street. During this time, his condition became critical and, for a number of weeks, it was not known whether he would survive. On the 20 February 2019, whilst receiving treatment at Great Ormond Street, it was identified that it was legionella bacterium was causing his illness.

Baby A’s father contacted Dolphin House Limited regarding the legionella on 4 March and four days later Public Health England visited their apartment and noted a high concentration of legionella in the bathroom sink and shower.

Baby A’s father understands that there were additional outbreaks of legionella and that, following investigation by Public Health England, it was determined that legionella had contaminated the water supply of Beatty House and also Nelson and Hawkins House, which are also part of Dolphin Square.

In July 2019, Public Health England confirmed an outbreak at the apartment block following confirmation of three people falling ill from the disease.

Baby A has responded well to treatment so far and is now back home with his parents, who have moved out of Dolphin Square. However, he is still under the care of consultants and the lasting effects on his health from contracting such a serious disease at such a young age are not known.

Legionnaires’ disease is an illness caught by inhaling contaminated droplets of water containing bacteria which cause infection. Symptoms can include a persistent cough, fever and chest pain. In severe cases it can cause pneumonia.

A letter of claim, the first step in legal proceedings, has been sent by Leigh Day on behalf of Baby A’s parents to Dolphin Square Limited. In the letter the parents allege that the company owes a duty of care to their tenants and are liable to them for any negligence occasioning a breach of duty. They allege a number of failures on the part of Dolphin Square Limited including a failure to identify the risk of an outbreak in the flats and a failure to have an adequate system for the routine identification or eradication or prevention of legionella bacteria in the premises.

“It was every parent’s worst nightmare to have our baby fall so ill just a few days after being born. He had to undergo weeks of treatment in different hospitals when we should have been enjoying our time with him at home, getting him settled into his new environment.

“Although we are really pleased that the treatments seemed to have worked so far we are worried that this could impact on his health as he grows older.”

“It has been a terrifying time for my clients and we are now hoping to get them some answers as to how the outbreak of Legionnaire’s disease occurred and why it was able to develop. We have seen reports that our clients were not the only residents affected by this and we think others in the apartment blocks may have also contracted the disease without reporting it. We are keen to get a clear picture of just how widespread the outbreak was and would welcome information from other residents.” 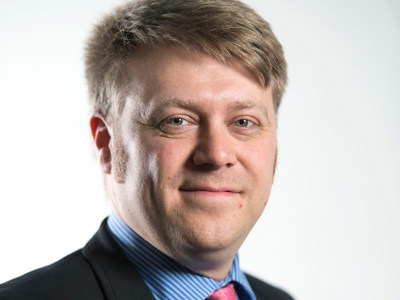